Pioneer DJ has today announced the DDJ-FLX6-GT, a new version of the DDJ-FLX6 controller that replaces the current version in the company’s line-up, and that adds two more DJ platforms to those the controller already works with.

So as well as having a new graphite colour scheme, the DDJ-FLX6-GT adds compatibility with Virtual DJ and Traktor Pro, making it the first Traktor-compatible controller to be announced by a third party for many years.

Apart from that, it is all the same – nothing has changed about the hardware apart from the colour, and the only other difference is the updated firmware inside. Existing DDJ-FLX6 owners can upgrade their firmware to get all the same functionality.

Read this next: Pioneer DJ DDJ-FLX6-GT – 7 Things to Know Before Buying

Unlike with Rekordbox and Serato DJ Pro software, which the unit unlocks for free, Pioneer DJ says that Virtual DJ and Traktor users will need to own or subscribe to those platforms in order to use it with them.

We haven’t had time to properly get used to this unit here at the school yet, but once we have we’ll be happy to answer questions about it – ask in the comments! But for now, here are three first thoughts:

1. Big jogs are a winner

While for us the overall spec of the controller is still a bit underwhelming (find out our thoughts on it in our original Pioneer DJ DDJ-FLX6 review), a plus point is that it does have pretty much the same jogwheels as you’ll find on pro CDJs – something that has undeniable appeal, and looks better value in a market where other DJ controllers seem to be rising exponentially in price.

For Traktor users, the DDJ-FLX6-GT brings a controller with full-sized pro jogwheels into the Traktor ecosystem for the first time ever, and so we think it will have unique appeal for some Traktor DJs who aren’t impressed with the much smaller jogwheels on the current official Traktor controllers.

2. Serato DJ Pro is, more than ever, a bargain addition

Worth reiterating that not only does this unlock Serato DJ Pro (not the underpowered Serato DJ Lite), but you get a voucher for the Pitch ‘n Time and FX Expansion Packs for that software, too. The fact that these are not included in a purchase of Serato DJ Pro is ridiculous in 2022, but Pioneer DJ has purchasers covered here.

I mention it because an equivalent consumer four-channel controller for Serato, the Numark NS4FX, does not come with the pro version of Serato at all, making that unit bad value in comparison (plus, the NS4FX officially only works with Serato, although in practice it works fine with Virtual DJ, too).

3. The Traktor mapping may turn out to be underwhelming

You’d hope the Traktor team would not be happy for hardware to be announced as compatible with its software unless it is perfect – but that said, Pioneer DJ says that the in-jog displays don’t work with Traktor, which isn’t a good start.

Also, the fact that users need to download a mapping at all for that software does indicate that Traktor compatibility might to an extent have been shoehorned in, for the unit to live even more up to its name (FLX means “flexible” as in, works with lots of different platforms).

Learn to DJ like a pro using ANY gear: The Complete DJ Course

One thing we’ll do at some point is test how well the jogwheels of the DDJ-FLX6-GT work as far as control goes with Traktor. This has always been a bugbear over the years with Traktor mappings for third party controllers, so it will possibly be a good measure of just how official this mapping really is. 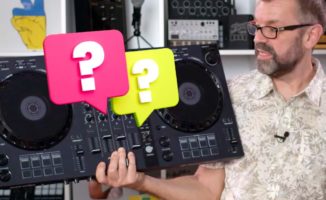 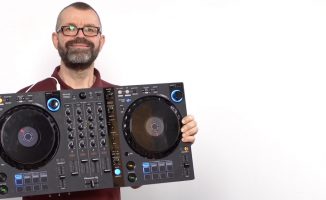 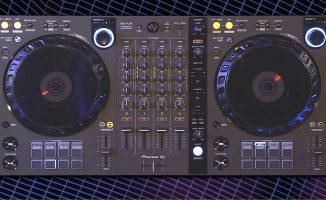 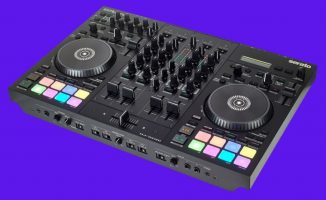