The Blue Raspberry is a USB condenser microphone that works on your laptop as well as on iOS devices. It’s small, portable and well-built making it ideal for both home and on-the-go use. It sounds good and makes a great podcasting / voice over mic or for recording vocals. If you’re looking for an easy-to-use desktop microphone for your bedroom studio, look no further.

The Blue Raspberry is a condenser microphone that’s just as big as a smartphone. It comes with its own stand that it folds out from for desktop use, which also protects the mic from vibrations. It’s got a micro-USB jack in the back along with an 1/8″ headphone adapter for plugging your cans in so you can monitor the sound going into the mic. There are volume knobs for the microphone gain and headphone volume.

I spent a week in DDJT HQ while making this review, and thought it would be the perfect opportunity to put the Blue Raspberry through its paces. I plugged it into my laptop running Ableton Live and got to work.

In the not-so-distant past you needed to connect a microphone to a microphone preamp on your audio interface if you wanted to record on your computer. They were usually costly, especially the ones that sounded good. Today’s USB mics basically have all of that built-in, plus they’re a lot cheaper. The Blue Raspberry is one such mic, but it takes all of this up a notch by adding in iOS compatibility. It’s so easy to use, it’s practically idiot-proof: plug it into a free USB slot on your laptop, fire up your digital audio workstation, and you’re good to go.

A big selling point for the Blue Raspberry is its size and portability – it fits in the palm of your hand, and has a rugged build made for the road. I want to emphasise this because in the past, condenser microphones were sensitive pieces of (expensive) studio gear that were housed in flight cases whenever in transport. The Blue Raspberry seems to be the exact opposite, inviting you to take it along with you wherever you go.

The Blue Raspberry sounds good – it’s a condenser microphone so it’s quite sensitive, picking up nuances in your voice and, conversely, sounds in your room, including noise. Blue incorporates what it calls an Internal Acoustic Diffuser to minimise the room sound and “focus on your voice”, and though I have no doubt that it contributes to the overall quality of the recorded sound, you’ll still need to use it in a quiet space if you really want a pristine recording. 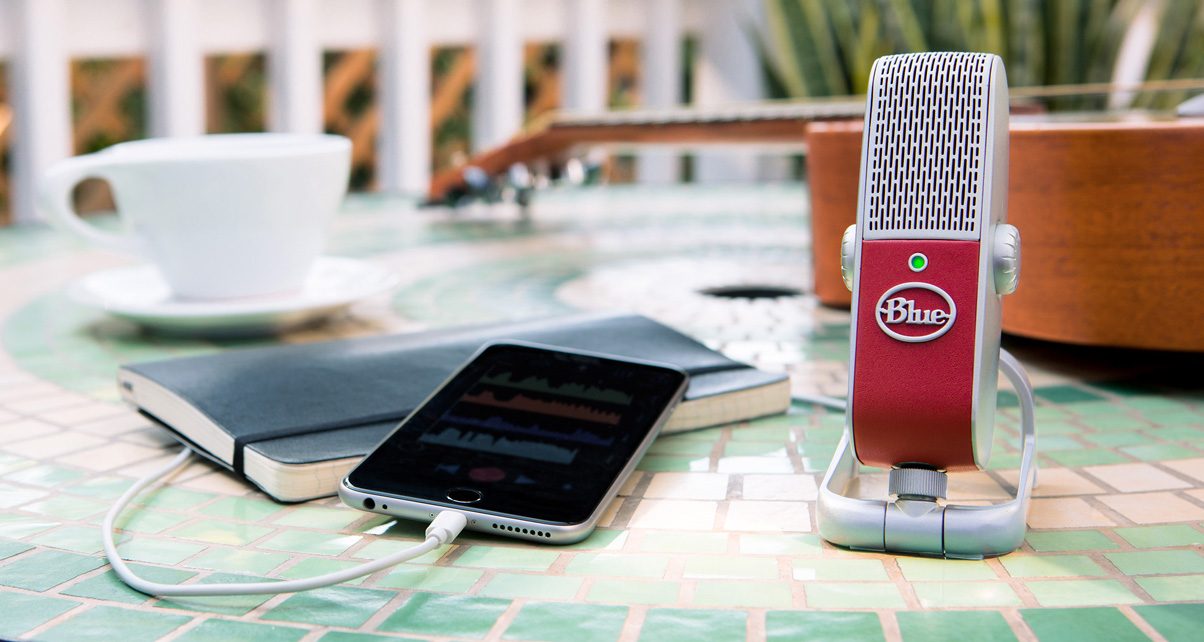 Blue Raspberry is a fantastic option for the DJ/producer looking for a mic for their bedroom studio. It’s great for recording vocals and even acoustic instruments like guitars, and it’s also suitable for podcasting and recording voiceovers. It’s a bit pricey, but you’re paying for its compact build, retro-vintage looks and of course the good recording quality. Recommended.