The Primo is a two-channel controller for Serato DJ Pro and is Mixars’ first attempt at a controller. It has all the features DJs have come to expect from a mid-range controller plus a couple of features that you usually find on controllers that cost almost double its price like long-throw pitch faders and large jogwheels. The Primo stands out in a crowded market with its combination of build quality, features, and price and is definitely worth a look.

The build of the controller is mostly aluminium. While there are some plastic parts, the important sections of the controller that have controls or inputs and outputs are metal. The Primo feels solid like it could take a beating and will last you a long time.

The Primo has a full array of inputs and outputs. You get XRL, 1/4 inch, and RCA outputs and two phono/line switchable RCA inputs, one microphone input, and one RCA auxillary input. The phono/line switchable inputs allow for the controller to be used as an external mixer. The Primo is also DVS compatible if you purchase the proper plugin for Serato DJ Pro. This makes the Primo flexible and allows it to grow with you as you grow your skills as a DJ. 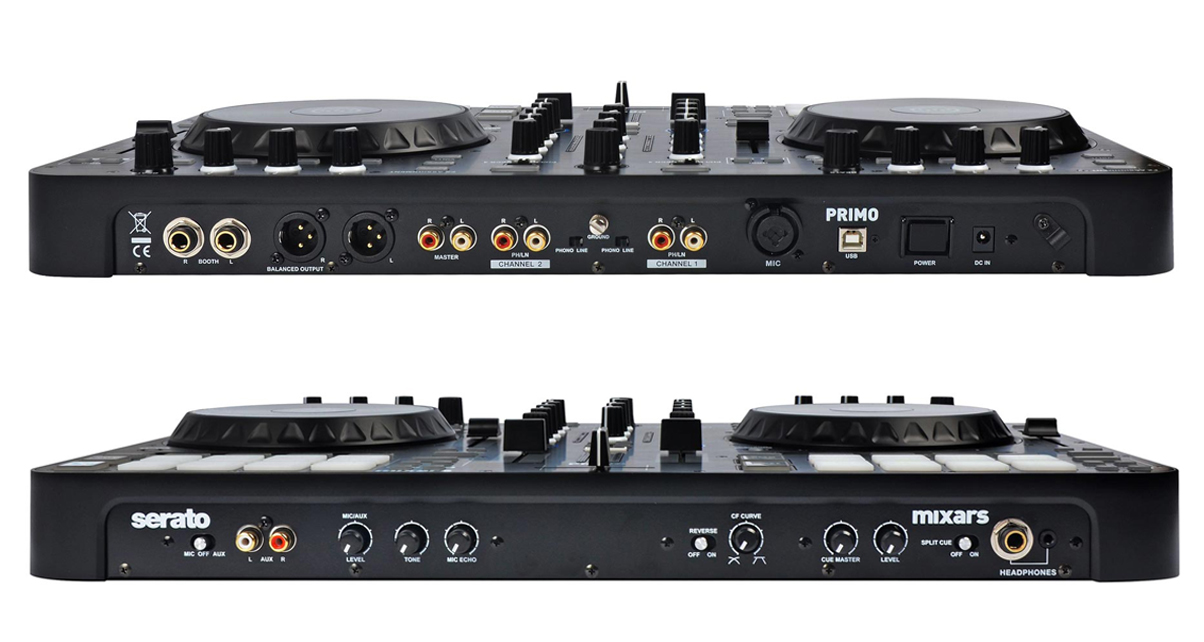 Even though it follows the Serato DJ Pro layout, it does have some differences that I think make it better than many of the other controllers available at this price point.

The jogwheels also feature an LED ring that provides visual feedback. It allows you to see the position of the playhead on the jogwheel, much like you would get on a CDJ. This is a nice touch because it allows a DJ to take their eyes off the laptop a bit more and focus on the hardware or the crowd. It is pretty accurate and responsive with Serato DJ Pro and gives better visual feedback than many other mid-range controllers.

Mixars has built itself on making hardware that over-delivers on features without costing an arm and a leg. The Primo is a fantastic first entry in the controller world. It is hard to find a controller of the Primo’s size and price that can match the features it has. For a DJ like myself who likes to beatmix manually the larger jogwheels and long throw pitch faders makes me reach for the Primo instead of other mid-range controllers.