The latest Traktor hardware and software from Native Instruments – namely the Kontrol F1 Ableton-style clip controller and Traktor Pro 2.5, the software whose new functionality it has been designed to harness – will hit stores at the end of May 2012, it was announced today. The software features “Remix Decks”, a development of the sample deck concept first included in the Traktor S4 then Traktor Pro 2 software. Remix decks are directly controlled by the keys on the F1, allowing the triggering of up to 64 one-shots, loops or even full tracks on up to four separate “Remix Decks”.

Perhaps most excitingly, an on-the-fly performance constructed in such a way can be saved, complete with beatgrid, BPM and key information, in a new file format, which can be loaded into a track deck in Traktor’s browser – instant mashups here we come! It is easy to then control a remix deck via jogwheel or control vinyl, scratching and cueing as if the material were a simple audio file.

Alongside a DJ controller or a Traktor Kontrol X1 (which it shares the form factor of) plus a Traktor Scratch system, the new software and hardware sets out to blend further the lines between turntablism and controllerism. SRP is US$279 / €249 including Traktor Pro 2.5. All owners of Traktor Pro 2.x get a free upgrade to 2.5.

To support the announcement and to demonstrate some of what the new hardware and software is capable of, Native Instruments released the following video, featuring a routine from Shiftee and Greg Nice.

Find out more:
• See the press photos released today
• Read the full Traktor Kontrol F1 & Traktor Pro 2.5 press release
• Go to the Traktor Twitter account to find out how you could win one

Are you looking forward to getting your hands on this? Should Ableton and the other DJ software companies be worried? Or is this moving in a direction you’re not interested in? Please share your thoughts in the comments. 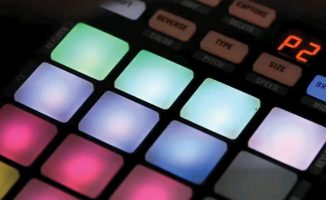 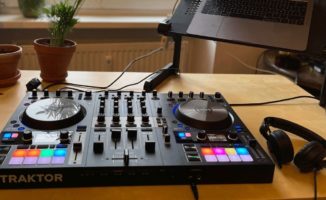 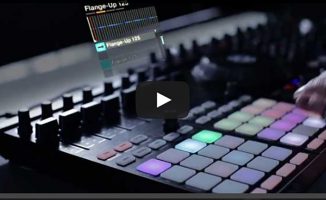