Loops were one of our seven dirty secrets of digital DJing. Thanks to digital DJ beatgridding and beat analysing, it is possible with practically all DJ controllers to easily get high quality, beat-perfect loops up and running. Precisely because it is this easy, many DJs severely abuse the privilege, annoying their dancefloors and ultimately failing to use the function for anything useful. So today we look at looping, why it’s a great tool, and two ways you can use it properly.

Looping is where you select a section of your track, and tell the software to play it over and over again. It started with CDJ players, where there was a “loop in” and “loop out” pair of buttons. You had to time precisely when you hit the buttons to get the perfect loop.

Nowadays, with digital DJ software, because the software has already worked out where the beats and bars are on your tunes, you instead specify a start point, and how long you want the loop to be in beats or bars/measures, not in seconds, and the software will slice it precisely for you.

Assuming you have two properly beat analysed tunes playing, and you have “sync” turned on, this means that you can loop one of the tunes and the pair will stay perfectly locked together.

What should it be used for?

Here are the three big uses for looping:

1. Looping the start or the end of a track to aid with mixing
This was a major use when CDJ DJs first got their hands on looping, and it still is. If you are mixing from one record to another, you may want the nice rhythm from the previous tune to carry on up until the tune you’re mixing in reaches its first break, for instance. By looping the last bar or two (or longer if the rhythmic phrase that you want to loop lasts longer), you can choose when to take that tune out of the mix, rather than letting the arbitrary length of the outro decide for you. This can work for bringing record into the mix too. If you have a tune with only a few beats and bars before the bassline or the vocal kicks in, you can loop those bars right up to the point where the “real” music starts.

The tune will then faithfully repeat that non-musical intro section until you release the loop, so you can spend a nice long time bringing it into the mix before dropping it in totally and letting the musical section begin to play.

Watch out for: The danger is hitting “loop” at the end of every record because you’re incompetent at mixing and want longer to try and do it, or you weren’t paying attention and need to do it to give yourself time to find another tune! Do this more than once or twice in a set and you’ll bore your dancefloor, because ultimately you’re taking longer to play the same number of records.

Also, don’t accidentally forget you’ve looped a tune. It’s horrible to realise that you’re starting to get bored, only to check your software and see you’ve been looping the first eight bars of the new tune for the past two minutes!

2. Keeping a musical phrase going throughout your set
Especially if your software/controller lets you use extra decks, you can take an interesting rhythm (or a short, distinctive musical sections such as a vocal or a synth line) from any track you like, and loop it forever on a spare deck, bringing it in and out of the mix in sync whenever you want to for your whole set. Collect a few interesting loops in your style and this could become your trademark. By using cue points you could have several lined up in specially prepared “sample tracks”, or if you have Traktor Pro 2, use the sample decks in loop mode to achieve the same thing. This works well for non-musical patterns too, by the way – I DJ at a sundowner session in a beach bar, and I like to have the sound of waves lapping up against the shore and crickets / cicadas handy on spare slots, looping away, so periodically I can evoke the sound of the beach at sunset, even if there’s no wind so the waves aren’t lapping, and the cicadas haven’t woken up yet!

Watch out for: Again, overuse is your enemy here. Especially if you’re using well-known vocal snippets or synth drops, use them sparingly. Having a sprinkling of percussion to give your set some coherence is one things, but dropping Faithless’s “Insomnia” riff 10 times an hour is another completely!

Also, check in your headphones that the phrase you’re bringing in has remained in sync with the main tracks before you drop it in.

3. The classic “loop roll”
The classic “loop roll” effect is where you start a section of music looping (say, a bar), then after it’s played four or eight times, halve the length, then four or eight times later, half it again, and so on, until it sounds like electrical hum or a machine gun, because you’re looping a tiny section of the track. Then, at the right time, you release the loop, allowing the track to play on, hopefully inducing dancefloor mayhem. It is often used to get out of breaks in a tune, because when you release it, you drop in where the beat kicks in again.

Watch out for: You need to practise this to make sure it actually sounds good, and you also have to get your timing right for the drop out and the changes.

Also, when you release a loop, it will usually begin playing from the part of the song where you pressed “loop”, which may not be where you would want, especially if you’re using this technique for the common / cliched use of getting out of a break while adding a bit of excitement to the mix. Two ways round this last point. The first is a hack: You set a cue point for the first beat after the break, do your loop, then hit the cue point when you’re done, so the track carries on playing from where you ideally would have wanted the loop to release it.

The second is to use any dedicated “loop roll” function that your software offers you. For instance, in Serato ITCH with a Xone:DX, there’s loop roll feature whereby you loop as above, but the track carried on playing as if you weren’t messing around with it in the background, unheard. The second you drop out of the looping, the track kicking in again where it wouldn’t have been had you not started the loop section at all.

Don’t do this too often, and don’t do it for the sake of it on a break that has perfectly enough excitement as it is – it’ll annoy people. There’s skill involved here, too, so practise it at home, not in front of the audience.

Looping works best when you can’t tell you’re listening to a loop. Watch out for musical phrases that start and get clipped off as the loop returns to the front, or instruments being slowly removed from the mix that then jump back up in volume as the section loops.

Sometimes you can get round these problems by not starting your loop bang on the beat instead starting it at the start of a musical phrase that happens to start somewhere else in the bar, but the key is to listen to the loop. If it sounds looped, it’s not good.

How do you use loops in your DJing? Have you heard loops being over-used and found it annoying? Or do you never touch them at all? Let us know your thoughts and experiences in the comments. 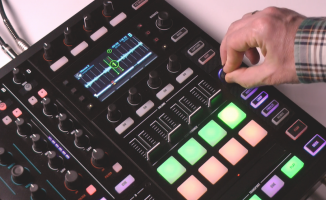 Video Training: How To Use Looping On The Traktor Kontrol S8 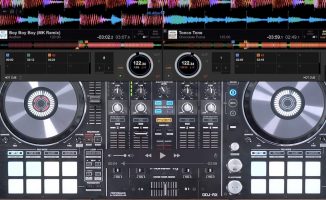 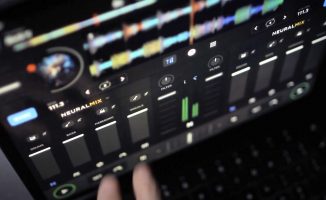