Reader sameoldsong writes: “I sometimes find it hard to keep the master level constant during transitions with my Traktor Kontrol S4. Particularly after playing for a few hours, when a bit of ear fatigue sets in, I sometimes note that there are undesired volume changes in my mix.That’s obviously not a good thing as volume has a lot to do with the energy level on the floor. I do use Traktor’s auto-gain but it’s very much an imperfect tool.Therefore, I would love to use VU meters as a visual aid. But on my S4, there are only five LEDs per channel (L/R). Actually, in practice, you only have four LEDs as the fifth one merely lights up when you clip or when the limiter hits. I think it’s a similar issue on many other controllers: there are either no level meters at all or they are too coarse.”

“So the question is, is there a hardware or software solution that provides for accurate metering? I want something that is at least on par with the 15-segment level meter on the DJM-800.I thought of something such as an American Audio DB Meter or a Stage-Line VU 800. But those aren’t exactly compact and are supposed to be rack-mounted, so I’m not quite sure that would be ideal. (Although, I’ve never seen one of those “live.”) Perhaps there are better solutions out there?”

I know what you mean – DJs tend to raise the level if left to their own devices, so it’s important to acknowledge ear fatigue and to make sure you compensate for this in your performances. Good on you for being professional enough to care. Let’s look at levels first. Remember that whatever controller you use, there are always the on-screen meters, which are showing you the same information and are far more accurate in many cases.

Secondly, if you’re DJing through a club’s mixer, you could make it a rule to keep an eye on that mixer’s VUs as your monitor of what you’re actually outputting.

Now let’s look at when you’re actually mixing. The best thing to do is adjust the crossfader curve so it’s set to have a slight dip in the middle, so if you’re the kind of DJ who reverts to simple, crossfader-led mixes a few hours into a mammoth set (and who can blame you?) you’ve got a bit of compensation built in.Try recording your sets and listening back – you’ll soon start to see where you habitually turn things up a bit too much, and then you’ll begin to compensate instinctively.

Finally, though, you need to train your ears to serve you even when you’re tired. Just like a driver wouldn’t trust his GPS without also looking out the window, so no amount of metering is going to replace your judgement. The very fact that you’re thinking about this says to me that you’re closer to making a great job of it than you think.

Do you sympathise with “ear fatigue” and level issues for DJs playing long sets? Have you been on the receiving end of “everything up to 11”-style DJing? What do you do to keep your levels in check on your controller? 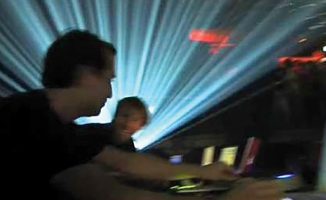 How To Set Your Levels In Traktor Like A Pro