Successful DJing is all about bums on seats (well, feet on dancefloors, actually). The audience is an essential half of DJing. If you want any kind of success, you take this to heart and never lose sight of it. It’s woven into what a DJ does. It’s fundamental to what we teach in How To Digital DJ Fast.

So where does that leave playing the music you like? Where does that put your tastes, your musical aspirations? How can you fit these things around keeping an audience happy? How and to what extent you do this depends on where you fall in “The DJ Quadrant”…

(I said “all DJs fit in the quadrant somewhere”. It’s not strictly true. If you’ve yet to play in public, or you choose to DJ at home to please only yourself, then of course you’re not on this map. But as soon as you do, the rules apply to you too.)

However, good DJs can exist in every single quartile of the quadrant except in quartile iv. Yes, that’s right – you can be a good DJ in quartile iii, no problem. You can also be a great DJ in or around quartile ii. Quartile i certainly isn’t the only place good DJs are playing all over the world, right now, making great money and having a lot of fun.

Let’s explain by taking a closer look at the quartiles, and who fits into each of them.

What’s not to like? You’re at the height of your game, you’re where you want to be. Let’s take a look at the lucky types of DJ who live here:

Quartile ii – “My music at all costs”

We’ve all seen it. DJs playing to empty dancefloors. DJs coming on who clear dancefloors. Two-room venues where the crowd are usually balanced, but tonight one room is over-full and the other empty. All over the world, DJs clear dancefloors. I’ve done it. If you haven’t, you will one day. Somewhere, someone is doing it as you read this. So why does it happen?

Quartile iii – “Fill the floor, whatever”

Despicable, huh? Playing music you don’t like just to keep the dancefloor happy? Not so fast, buster. That’s not fair and it’s also untrue. Let’s take a closer look at who lives in this quartile:

Quartile iv – “I have nightmares about this!”

What could be worse than playing music you don’t like to an audience that doesn’t like it either? Yet it happens, and it’s the trap most DJs have nightmares about falling into at one stage or another. And before you say “that’s not me, I’d never let that happen”, take a look at these scenarios:

So hang on, you might be saying, didn’t you say it’s possible to exist happily in all quartiles except in quadrant iv? What about quartile ii? That doesn’t look like a nice place to be, emptying dancefloors everywhere you go because of your music passion! How can that be a fun or profitable place to exist? Ah, but here’s where your musical passion comes in on your side – if you really do care about the profession of DJing, and about making people happy, as well.

Remember the great DJs I spoke of who educate and entertain? These people actually enjoy living right where quartiles i & ii join. Through their enthusiasm in the DJ box, their mixing skills and their clever programming, even their star quality, they can take a crowd in their hands and move it towards quadrant i, while playing music that lesser DJs simply couldn’t get away with.

They can switch between quartiles i and ii at will, until the quartiles blur into one, and until they have the crowd exactly where they want them – dancing wildly in quartile ii, to music they didn’t know they liked until this precise second. For many, that’s what DJing is all about. But it’s not easy, and there’s no short route to perfecting it.

Yet if you remain humble, always watch your audience, accept your bookings carefully, know when you’re compromising, and keep passionate about the whole art of DJing, not just the music, you’ll have gigs that are enjoyable – and that keep you out of quadrant iv!

So where do your gigs fall? Do you take and play shows in more than one quadrant? How do you combine your love of music with what your audience wants? How important is it to educate your audience as well as to entertain them? I’d love to hear your thoughts in the comments.

Learn To DJ: The Proven Method That Will Work For You 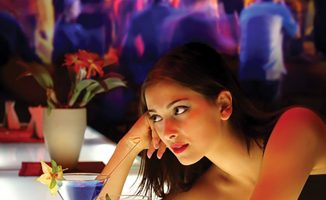 An Alternative Route To DJing Success