Smart DJs reading this series have probably already realised that video DJing could potentially be a leg-up into the highly competitive world of “normal” DJing, especially if you can’t or don’t want to make your own music or promote your own events as a way of getting noticed.

In this week’s penultimate article in our video DJing series, we’re going to talk about how to get work as a video DJ. Paying gigs are paying gigs, and once you’re out there doing it, opportunities will open up for you to take this where you want to go.

Four types of venue to approach

Assuming you want to be an audio DJ who also provides visuals (whether that means you’re DJing with actual music videos or using a separate set-up to provide visuals), we suggest you search for a venue along one of these lines. Also, read our post about how to get your first DJ booking – it’s still relevant for all of this.

This is where you offer your services as a visual DJ to an established venue, promoter or even direct to a DJ, to play alongside a DJ adding just the visuals. While you may be a DJ at heart who’s looking at VJing to open a few doors for you, if you can forget about the DJing bit for just a while, you can sometimes get those doors open more easily. Dan Booth, our collaborator on this series, has played alongside some of the biggest DJ names this way.

While he is often hired as a visuals-only guy (who gets to play alongside his heroes – so it ain’t all bad!), he has also made a good name for himself as a DJ/VJ, which would have been much harder for him without the contacts and breaks he got through being a VJ-only performer. Remember, we’re trying to find you a way to get “in” to pro DJing here, a way that doesn’t involve making your own tunes or promoting your own events – and while being the DJ and the VJ can be just that, sometimes you need to think longer term to get your break. Sometimes it pays to move sideways to eventually move forwards.

(One little secret here is that DJs – even the biggest DJs – typically don’t fly a visual jockey around with them as they tour the world; they source someone locally, which is where if you make the right contacts you could get your break.)

It’s definitely worth making a demo, especially if you’re using visuals alongside your music rather than just playing music videos, or if you think the VJ-only route might get you your break. Frankly I don’t think this demo need be a representation of what you’d do in a two-hour set. Just as we recommend audio DJs make mashups not mixtapes to get noticed, so I think a five-minute demo of your skills on YouTube, honed to perfection, will sell you far better than some more genuine rambling representation of your work. Consider it “edited highlights”.

People watching your material who have the ability to book you are busy and won’t watch past five minutes (if you’re lucky) so hit them with a bang. And also remember that really, you’re making a video for the public here, not only to get you a gig; if you can get lots of views and comments on it (push it on Facebook, Twitter, the usual social media roundabout) anyone with the ability to give you work who sees it will take it much more seriously. (They may only look at the number of views, and never even watch it. Such is the life of a busy club manager motivated by money, not art!)

Be professional. Be reliable. Realise it’s a business, and people want to make money and have an easy life; speak to them in these terms and make yourself easy to work with. Also, remember what we just said about making a demo for the public, not just to try and get you gigs. There’s a broader point here too. Build a fan base and you may eventually be able to leveraging this popularity. Build a good reputation and the work will become more more consistent.

But at the start, take it day by day, work hard, and bear in mind that as with getting work as a DJ, it’s a shoe-leather-and-numbers game (you need to get out and meet people all the time, and you need to be ready for countless knock-backs for every break, however big or small).

Do you currently work as a video DJ, VJ or visual DJ? Would you like to? Are there venues in your town that do or you think might want to do this kind of thing? We’d love to hear your thoughts and experiences in the comments. 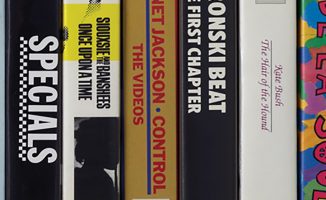 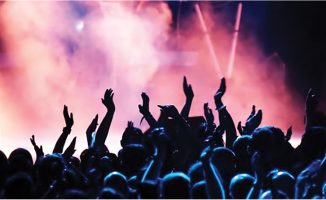