There’s an interesting interview with Richie Hawtin over on Las Vegas Weekly. In it, he discusses commercial vs underground, the scene in Las Vegas, and the difference between electronic dance music in Europe and the US. The most interesting part for me, though, was when he gave his feelings on “DJs as rock stars”. Back at “ground zero” for acid house here in Europe (1988), the precise point of the DJ scene was that DJs were not superstars, they were part of the party – all together as one. Richie feels that in the recent explosion of EDM stateside, and the spread worldwide from that, some of that has been lost.

Here are a few words from the interview (you can read the full interview at Las Vegas Weekly):

“And one of the reasons why electronic music is so f*cking great, and why it’s seen 25 years of success, is that … for the longest time the industry — the people in the industry, the people running the labels, the people running the booking agencies — they’re really down to earth. People were accessible. You go to a great club with a great DJ, traditionally the DJ is right there with the people. The best place for me to place is as close to the people as possible. So there wasn’t this big disconnect between fan and audience.”

“It’s a little bit disappointing how that’s happened in America. It’s really like the whole rock star, hip-hop mentality. You know, these unreachable people. … It’s not a rock concert where you just make a bunch of visuals and have a bunch of people onstage and project to the audience, doing your songs. Electronic music, and clubbing, is about an energy transfer. You send some frequencies and energy to the people, they send it back to you, and then you actually change and modify. That’s why a great DJ can play totally different every night. It’s not a setlist. It’s a feeling.”

As a European, and as a DJ who’s been doing it since the 90s, I find myself agreeing with Richie about this. But I’d like to know what you think. Is there room for the “rock star DJ”? Or have we lost our way a little in the X Factor era?

So, should DJs aspire to be the next generation of rock stars, or would you prefer DJ culture to be a reaction precisely against that kind of thing? Would love to hear your thoughts in the comments. 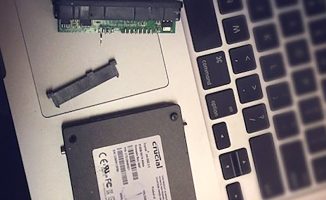