Many predicted the death of Mixed In Key when Traktor incorporated a harmonic detection system into its software (Serato still hasn’t, by the way). But instead, the software – now up to Mixed In Key 6 – seems to have retained its niche, working closer with the Mixed In Key’s own Flow and Mashup products, incorporating “energy level” detection – and now coming full circle by adding a piano keyboard to the equation.

How we used to “key” music

Keying music means determining its key, which is basically what Mixed In Key does. Sure, it has a clever way of presenting that info so non-musical folk can easily produce awesome harmonic DJ mixes, but basically, it’s reason for existence is to work out a tune’s musical key.

How can you do that manually? Basically, by playing a tune on your DJ system, sitting down next to a piano or other keyboard, and bashing away until you find the “root” note (or to put it really basically, the note that seems to start/end the main verses and choruses, often played by the bass).

Once you have that, you need to know how to play two chords that are based around that root note – called major and minor, which are determined by the musical scale the tune follows. Whichever sounds best determines whether the tune is in a major or minor key, and the root note is the letter (so “B minor”, “C major” etc.).

What Mixed In Key 6 has done is give you a built in keyboard that you can “play” over any tune in the software, just like the old days. When you find a root note of a tune, you can then ask the software to play the major and minor chords based around that note, helping you to decide for yourself what key the tune is in. This is useful if you feel that Mixed In Key has “got it wrong”, as it’s then easy to switch to the right key. But on a broader scale (or should that be a broader note? It’s hard to avoid musical puns here!), it’s a nice feature to have.

Firstly, it helps the curious (but non-musically minded) to start to work out what’s going on under the bonnet here. But also, it’s also a good way for those who understand musical theory and are just using Mixed in Key to shortcut their harmonic detection tasks to quickly correct errors or check Mixed In Key’s work.

Anyway, I thought it was worth pointing this out, hence the little video showing it off. The video also offers a really quick (like, 90 second quick) introduction to key mixing in general, and Mixed In Key in particular, so take a peek if you haven’t already.

Have you upgraded to Mixed In Key 6? Do you still key music manually? Or do you avoid key mixing altogether? Please share your thoughts in the comments. 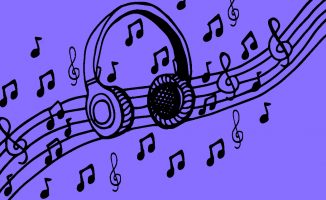 Which Is The Best DJ Key Detection Software? 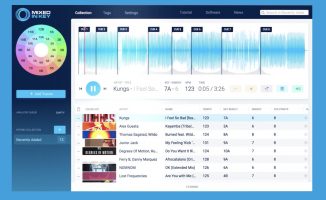