A promotional photo is as it says. It’s an image of you as the “persona” you have made for yourself as a DJ or artist. Your photo or photos should speak to your branding, portraying you as that list of adjectives and genres you wrote up when you designed your logo.

Taking promotional photos is way more than just grabbing a camera and going to work. Taking great photos comes from when things are well-planned in terms of setting, clothing, hair, time of day, composition, pose, and so on. You’re not just shooting yourself, but a scene.

Start off by looking around at what you think are good DJ promotional photos. For me, I happen get a lot of inspiration from the CD covers of the old Global Underground (GU) series. I’ve always felt those are the ideal in DJ promo photos. Best thing to do is to just do some searches on Google, look up DJs you like, and just float through their images sitting online for ideas. Even save them for you to plan from.

Make a list of the settings you want to have photos taken in, and also do one shoot with a plain background. The idea is not only to have photos you can put on your website or social media, but also for designers to use when they need a photo of you. You might even want to take a photo with a lot of space around you, so a designer can crop accordingly. Also take care in terms of your clothing choices for each shoot. If you’re planning a night time shoot in a city, don’t put on loads of dark colours that will cause you to be lost in the background. You should put together your outfits and even try posing in a mirror to learn how to make yourself look flattering in a photo.

Some things to think about

If you really want to have promo photos of you playing, then have someone try shooting photos of you at a gig. If you aren’t booked anywhere, then make friends with a resident DJ who works in a venue. Try to get it where he/she lets you come an hour before the place opens and shoots you in the booth. It’s actually ideal because the house lights will be on and thus you can take better photos. Plus it’s not like anyone needs to see if it was an empty venue or not. This is a good tip even for those in residencies.

Still… I’d definitely recommend you also take some photos of you without any gear or anything of the sort.

You don’t need a high-end DSLR to take good photos. Smartphones and most point-and-shoot cameras can do the job if you know what you’re doing with them. However, if you really want someone capable taking the photos, hire a professional or even put up ads online looking for amateurs or photography students. Bribe them with lunch and/or comp entry to your events if need be.

If you’re going about it on your own, try to get a friend to take the photos. I’ll tell you it’s a misery when you’re trying to set up a camera on a stand and play with the timing, or a remote switch. Also learn the capabilities of your chosen camera. Look into the functions and even try test shots in your home to see how you can get nice, clean, clear photos.

Lighting is the major trick with portrait and fashion photography. Most of you might think that’s what the flash is for, but when you’re not using a DSLR with a Speedlite (the detachable, shoe-mountable flash guns used by pros), that on-camera flash can make many photos look unflattering. Imagine when you see your skin all lit up, and hard shadows cast off your face. It doesn’t look good.

This is why I told you earlier not to shoot in bright sunlight. The hard shadows on your face will make you look terrible in photos. If it’s sunny out, look for a shady spot, like under a tree or in a part of the city where a big building is casting a large shadow. The natural light will make your skin look smooth and clean.

If you’re using a point-and-shoot, see if there is an “ISO mode”. ISO in laymen’s terms is how sensitive the camera is to light when you click to take a photo. A low ISO will expose the digital “film” a small amount. This will give you smooth clear photos, but won’t do well in low-light situations. A high ISO will capture more light, faster, thus helping you take photos in low-light situations, but you’ll see pixelated noise on your photos. Usually for most point-and-shoot cameras, the “ISO mode” will automatically adjust the ISO depending on the light situation.

Now if you’re going the route of shooting in a club, I again suggest you set up and do a shoot sometime when the club isn’t open. The utter darkness, wild lights, and especially fog is a challenge even for professionals. Shooting before opening can give you wonderful shots.

Still, if you happen to have access to a DSLR and want photos of you playing at an actual gig, I would tell your photographer to invest in a light diffuser. It’s a small plastic dome that would go over the flash to soften the light. Your photographer should also set the ISO high and shoot only when the fog in the club isn’t heavy. When a flash goes off on fog, all you see are clouds, as the fog serves the purpose of making the beams of light visible.

We have a bio, logo, and photos. Let’s go to the next level of DIY and try designing your own flyers and online ads. Don’t be scared, this is how I did things when I was younger, and I ended up making a career out of it!

Have you made a DJ photo for yourself? How did you get on? Is this something you’re planning on doing in the near future? Please share your thoughts on this with us in the comments. 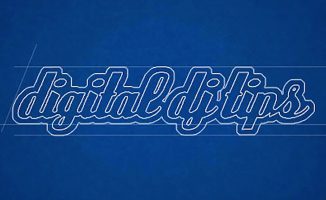 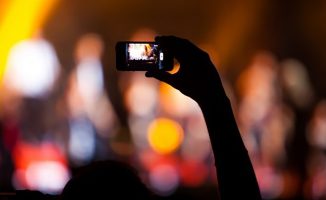 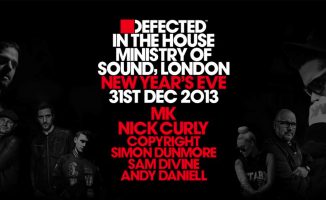 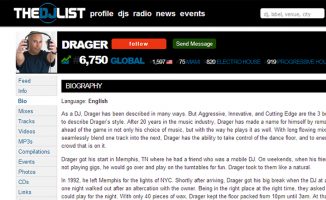