True story, folks. Two weeks ago I DJed at a festival. I’ve done many such shows both large and small; in city settings, by the beach, and even at an abandoned lodge resembling a ghost town chalet. In all the years I’ve been DJing with a Mac using Traktor, Serato, and Virtual DJ, I’ve never had a hiccup, not even once.

That is, up until two weeks ago.

In the middle of my set, my DDJ-SR controller froze. With only 45 seconds left before I had to make my transition in Serato DJ, I was sweating bullets. I had brought an extra USB cable with me (always keep that DJ emergency pack handy!), so I did a quick cable swap while the MC did a bit of freestyling. Back in business! Needless to say, I threw that cable in the bin, thinking it was just a lead that had been on way past its time.

Two days after, I performed another show, and the same thing happened! Frustrated, I decided to knuckle down and sort out what had happened.

In this article, I’m going to share with you what I learned from that ordeal. I’ll also give you tips on getting your Mac running at its best while you DJ, as well as some small caveats for Mac users that you may not know about. Yes, Macs are known for their stability and reliability, but let’s be clear on a couple of things…

The OS X operating system has a reputation for being very well protected against viruses, but that doesn’t mean that it can’t get infected, and it sure doesn’t mean that there aren’t any viruses crawling out there on the internet targeting Macs!

A few days before my festival mishap, I had noticed something strange in my browser window. I normally search in Chrome’s address bar, which searches Google automatically, but for some reason it was redirecting me to another search site (in this case, Bing by Microsoft). Clearly, this was a case of some spyware getting into my system, as I remember hastily installing a dodgy app called “InstallMac” which came bundled with another piece of legit software. Strike one.

In spite of all those red flags, I didn’t perform a backup of all my music (currency, basically, in the digital DJ age), and I didn’t even bother to fire up my DJ software before the gig to check if things were working properly. Strike three, and now you know why that’s the way things turned out.

After some research online, I found out that the virus has a habit of messing up your laptop’s USB ports (such a wretched, wretched thing!), and the only solution was a complete reformat, as recommended efforts to remove it proved futile as far as my system was concerned.

It’s a good thing I have my music collection organised in iTunes, so I simply had to copy the folder to an external hard drive and reformat my Mac. Back to zero, and everything’s run smoothly since then. I could’ve run circles chasing Pioneer about my controller problems, but in all the decades that i’ve been using computers I noticed one of the main reasons they crap out is because of you.

While your Mac is certainly capable of running your DJ software without breaking a sweat, that doesn’t mean that it’s running it during your performance at 100% of its potential. Here are a couple of tips to get your DJ software of choice running as smoothly as possible on your Mac:

As computers and DJ software become more sophisticated, we’re sometimes left with the impression that they’re bulletproof. While they’re more user friendly than past generations, remember that these still are machines that require periodic maintenance and tune-ups to ensure they’re running at their full potential. Further, a good bit of advice that a programmer mentor gave me when I was a kid is that no matter how advanced and foolproof computers become in principle, all it takes is one instance of human error to render it useless.

Since it’s highly unlikely that you have a laptop solely for DJing and another one for browsing and other casual pursuits, taking the necessary precautions to keep your Mac free of viruses and spyware is of upmost importance, particularly if you use it to make a living as a DJ. Running through the checklist above as a habit before a DJ set makes your Mac and DJ software run at their best, letting you focus on rocking that dancefloor without worry.

Have any OSX optimisation tips to share? What about horror stories about your DJ software freezing up because of a computer issue? Share it with us in the comments section below! 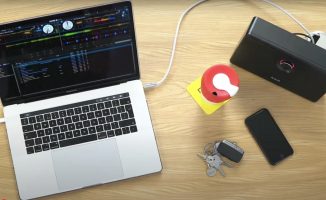 Tutorial: How To DJ With Just Your Laptop For Free With Serato! 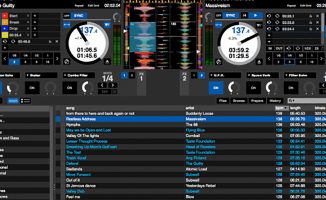 Your First Day With: Serato DJ 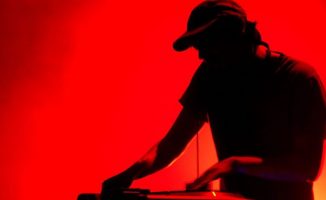 How I Survived Serious Technical Problems At My Last Gig