We knew it was only a matter of time, and it’s happened: Pioneer has launched a digitally focused, USB-only media player, or “multi player” as the company is calling this new class of device. The XDJ-1000 features a 7″ full-colour touchscreen, full integration with the company’s rekordbox platform, an on-screen Qwerty keyboard for browsing, plus wave zoom, beat counter, phase meter, key analysis, quantised beat-jump and loop move, the ability to load tracks over USB or WiFi, and full Midi compatibility including Serato DJ HID integration.

It will retail from late November 2014 at an SRP of $999/€999/£829. Find out more about it over on Pioneer’s website, and read on for our early analysis of the unit. First, here’s a hero video from DJ Pedestrian:

The boundaries sure are blurring out there! Firstly, the screens on this unit are much better than those on the other two “on-board screens” controllers launched recently, the Numark NV and the Traktor Kontrol S8. These are 7″, approaching the size of small tablet screens, and these are also touchscreen, a trick missed by both Numark and Native Instruments. While the jury’s definitely out as to whether you really want to be activating loop rolls and the like from a touchscreen in the DJ booth, it certainly allows Pioneer to pack an awful lot more functionality into the CDJ (sorry, XDJ) format than ever before.

Next, Qwerty search is absolutely huge. One of the massive advantages of digital DJing from a laptop has always been fast, easy access to your collection; this brings it to Pioneer DJ booth gear for the first time. Big screens, easy library access, and of course there’s been a sync button on these units for a while now anyway. Pioneer gear sure is looking more and more like software DJing as we know it nowadays.

You don’t even need to ditch the laptop any more

Now, look at the picture above. This demonstrates how you can prepare all your music using Pioneer’s rekordbox software on your laptop (or smartphone) and then play straight from that device in the DJ booth. This diagram shows it wirelessly, but you can also do it more traditionally via USB.

This has actually been possibly for a while with some Pioneer gear, but now that the XDJs actually have most of the functions including the screen functions of a laptop built in, there’s another objection to Pioneer’s digital DJing solution remove: The objection that you have to prepare your music then copy it to a USB.

Now, you can prepare everything on your laptop then perform form the same laptop but using full-sized pro DJ gear, plus gorgeous, big screens to stop you looking at the laptop all the time. Sounds familiar? It should if you’ve been following the Numark NV and Traktor Kontrol S8 stories. (Of course, if the HID Serato integration uses the screens to their full potential, there’s another option for achieving the same end.)

Now, a few caveats. The players are around the CDJ-850 level in Pioneer’s range; it’s as if Pioneer is testing the market here before coming in with an all-singing, all-dancing XDJ-2000. Nonetheless, the XDJ-1000s are still pricey; two of these and a DJM-900SRT, for instance, is still going to cost you well over €3000 (and you’d need four XDJs if you’re a four-deck kind of person).

But let’s just suppose that in five years’ time you can turn up at any decent DJ booth with your laptop containing all your music, pre-prepped in rekordbox (or Serato via HID), and plug in via a single cable (or even over WiFi) and perform without having to look up once at your laptop. This would feel mightily like the best of all worlds, and would represent the reunification of pro DJ gear in the DJ booth, and software DJing outside of it – a distinction that has led laptop DJs to turn up at “pro” booths with controllers for years now, much to the consternation of club managers, rightly or wrongly.

No mention of Traktor compatibility here, only Serato. With 70% of big DJs still happy to play on a pair of CDJs even today in later 2014 (and they’re clearly the 70% who Pioneer is trying to coax onto rekordbox or Serato HID using XDJs), what chance for Traktor’s DJ / producer / Remix Decks platform in such a brave new world?

One solution would be for HID Traktor compatibility with this new ecosystem, if the politics of the both companies would allow that to happen. It has in the recent past, so no reason why not. Another would be for Native Instruments to release a “Traktor Kontrol J1” media player, which would essentially ape this unit, but be designed to work alongside the Traktor Kontrol S8, and presumably a Traktor Kontrol Z4 four-channel version of the company’s existing mixer.

We recently spoke of digital DJing having to “grow up” a little to be taken seriously, and boy it seems to have had a good stab at doing just that in the last few months. Will be mighty interesting to see how this all develops.

What are your first thoughts on the Pioneer XDJ-1000 USB-only player? Is this just a big toy, or is it the future direction of DJing? Please share them in the comments. 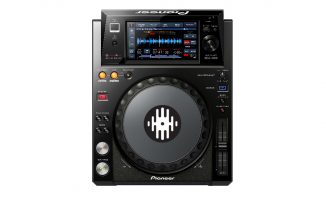 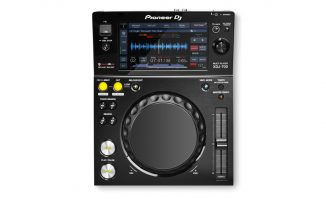 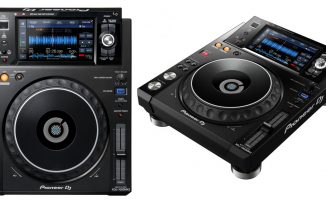