Big news day for digital DJing: We just saw photos of what looks to be a brand new Native Instruments controller called the Traktor Kontrol S5. No hard info about it just yet, but clearly from the above photo it looks to be a stripped-down version of the Traktor Kontrol S8 – the first thing you’ll notice is the lack of faders for both decks (the S8 have four for each deck to control Stems / Remix Decks). However, as the screens show Stems files, they are clearly usable somehow with this unit.

At the rear are two main outputs and a booth out, and while there’s an Aux and a mic input, noticeably absent are phono / line inputs for connecting turntables or CDJs, so it’s safe to say that it won’t function as a standalone hardware mixer unlike the Kontrol S8.

This would most probably come out cheaper than the flagship Kontrol S8 because of the absence of these features, but you’re basically getting onboard screens and some Stems / Remix Decks control along with an audio interface – remember that the Kontrol D2 doesn’t have an onboard sound card and mixer.

We’ll give you more news as it happens…

What do you think about this? Do you think the jogwheel is now firmly in Native’s past? How do you think Stems or Remix Decks will work with this unit, bearing in mind the lack of faders for the four Remix/Stems Deck channels? Let us know your thoughts below. 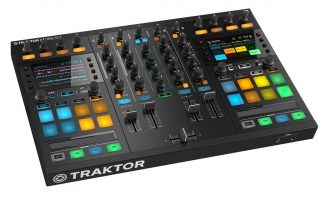 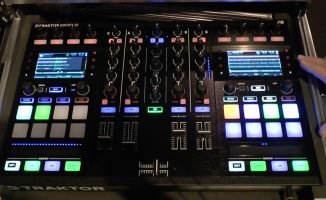 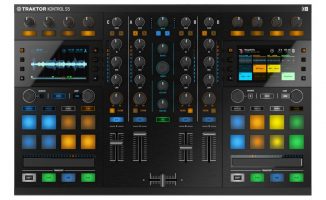