At Digital DJ Tips our mission is to help people become great DJs and DJ/producers. At first glance, the gear and services covered this article might seem like they might help you on your way but for various reasons, our take is: No, they won’t. So read on to see some of the things you won’t be seing us review on Digital DJ Tips…

Ghostwriters have always existed in the music industry but they are becoming increasingly more accessible to DJs. Where DJing is concerned, a ghostwriter is a producer who is hired by a (DJ presumably) lacking the technical know-how to compose his / her own tracks. The ghostwriter does the work,  and the tracks produced are credited to the DJ.

Some DJs fear that they will never land gigs unless they have some tunes on the Beatport charts. But you have to ask yourself: Is it really worth cheating your way to success?

Our view is simple. DJing is an art. Producing is an art. They are different skills, and you can have immense fun getting good at either. Instead of taking the easy route, why not get stuck in and learn how to produce yourself?

(f you are keen on producing you own tracks but aren’t sure where to begin, look no further than our own Music Production For DJs Course course.)

Whether you do it to get pre-release tracks or you want a rare vinyl rip, we’re not going to pass any comment on ripping from YouTube other than often the quality is very poor. It is at your own risk playing such rips in public from a legal point of view, even if you fully intend to buy the tune when released.

Getting on promo lists and joining record pools isn’t as hard as you may think, though. If you DJ in public and can prove it, a bit of polite persistence can get you on such lists to receive digital downloads of new stuff before release in return for your feedback to the promo company, which then passes it back to the label.

There are lots of legal options (Pulselocker being a good example) that you can take that will also guarantee the quality of your tracks. Is it really worth defrauding the artists and risking your DJ reputation for the sake of a few dollars?

The DJ CD player should be considered obsolete. It makes little sense to purchase one new these days as in order to use them, you will need to keep buying CDs. There is also some concern for the environment here as what do you do with the CDs when they are spent? They end up in a landfill.

The Gemini CDJ-210 is a prime example of dated tech that is still being sold. We’re not anti-CD per se… but at least have a USB slot too!

More than that, soon DJ media players and controllers like the Denon DJ SC5000 Prime will leave CD player eating dust. Such players offer practically unlimited storage capability via USB, and there is no material waste. But you don’t need to spend that kind of money to join the CD-frtee revolution: If you are in the market for a DJ CD player, just make sure it has USB functionality.

A solid social media following is something that most promoters look for when deciding which DJs to book. Wary of this fact, DJs can often become obsessed with doing everything and anything possible to boost their following. As a result, several companies have popped up over the years offering to provide performers with likes and followers for cash.

While it may seem a good idea, to the trained eye it is obvious when someone has bought followers. This is because they often have poor audience engagement on their uploaded tracks in comparison to their number of followers (usually in the thousands, compared to one or two comments per track). One of the most common places this is seen is on platforms like SoundCloud, with SoundCloudViral being a case in point.

Instead of falling into this trap, there are services such as Organic Boost Up that offer to help you grow your following organically. They will promote your page to real people with a real interest in what you are doing. In fact, you can do a very good job of maximising the potential of your online presence yourself with the right guidance.

Full size belt-drive turntables are wholly unsuitable for DJing. Yes, you can get by using them. Yes, many a brilliant DJ has started out on them. However, you are better off skipping them and starting on a pair of direct drives.

Belt-drive decks have low torque, which means that it takes longer for them to get up to full speed. They are also prone to speeding up and slowing down fractionally. To top it off, they are often designed for hi-fi use and as a result, the rigours of DJing cause the belts to snap or come off inside. None of this is ideal for a DJ. Best to steer clear.

Unfortunately, lots of people still end up buying or being bought belt-drive decks as part of a beginner set-up. The trouble is, the belt-drive decks look the practically the same as the direct-drive ones. A good example of this is the Stanton T52B (belt-drive) and Stanton T62 (direct-drive). The generous grandmother with an undiscerning eye has no chance.

We’re not anti-fashion here at Digital DJ Tips (and if you make, sell or use these things, to be crystal clear of course we’re not knocking you either), it’s just that… well, we’re here to teach people to be great DJs first and foremost. Sure this type of stuff is kinda cool… but while some DJs like to adorn their gear with camouflage skins, others replace their knobs and faders for glow in the dark ones and use fancy coloured cables; truth is that none of these little gimmicks will make you a better DJ – and what’d we write, anyway?

The same could go for the latest equaliser T-shirt technology and the like, but we’ll leave you to decide if this stuff is for you…

There are loads of websites that facilitate the streaming and sharing of music but that don’t pay royalties to copyright holders. DJs looking to upload their mixes should be wary of such sites because they can be hit or taken down at a moment’s notice. If that happens, you lose all of your mixes.

SoundCloud has had a lot of trouble with this because it is mainstream, above the parapet so to speak. Hence, mixes really didn’t stay up there for long – at least, not for many DJs. Other sites like Mixcrate “got away” with it for a while but finally got slapped down, and there is no guarantee that the underground sites that you might use won’t meet the same fate.

Another aspect of using these sites is that the artists aren’t getting paid. You download their tracks and stream their mixes, so surely it’s only fair that you use a platform that makes sure everyone gets paid?

In order to become a great DJ, you need is a solid foundation, persistence, and passion for music and the craft of sharing music. there’s nothing above that, in our view, is a good investment for your money when trying to break through as a DJ in 2017.

Are we being fair here? Is there anything we’ve missed from this list? What else makes you wonder why people bother reviewing it? Let us know in the comments below… 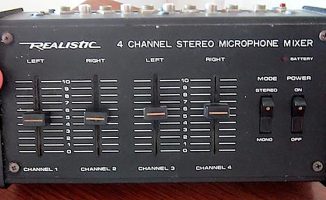