Red Bull recently announced the national finalists for the upcoming 3Style World DJ Championship to be held from October 2019 to April 2020. This year marks ten years of what has arguably become the most popular DJ competition in the world. This is a great chance to take a look at five of the most memorable sets in 3Style history.

Four Color Zack’s world finals set can be seen as a turning point for the Red Bull 3Style. This set was the first time many people saw the technique of cue points of one song to recreate the melody of another song, which is also known as toneplay. Zack executed this technique so well that it would become a staple of many world finals sets for years to come.

Quick takeaway: Keep it simple! Creative transitions are most effective when they are simple enough for your audience to appreciate.

The 2016 world finals winning set from DJ Byte added more of a live performance element. Byte turned to his Latin roots and utilised the sample player in Serato to play percussion solos over his set. This not only increased the level of difficulty and creativity but added an element of authenticity that made it stand out.

Quick takeaway: Finding a way to inject artistry and your personality is important because this is what sets you apart.

J Espinosa’s set from the world finals felt like a return to classic party rocking. His set used techniques like toneplay sparingly in favor of playing a great blend of tried and true party rocking tracks. Even the most memorable portion of the set that used a series of songs that had pianos depended more on song selection and music knowledge than advanced techniques.

Last year’s US national finals featured multiple time national finalist DJ Dynamix. He put together a set that was great in song selection and technicality. Unfortunately however, this is not why this set is memorable. A few minutes into his set Serato DJ froze and he was forced to stop. This is the first time something like this happened during a national or world finals. Red Bull gave Dynamix the chance to restart his set, and he ended up doing so well he came in second.

Quick takeaway: Keep calm and carry on. Don’t panic during any hardware or software issues, it’s not the end of the world.

During the 2016 world finals DJ Pro Zeiko may not have won, but he had arguably the most memorable set of the evening. Toward the end of his set Pro Zeiko pulled the stunt of seemingly breaking his laptop in half (it was a stunt laptop) and switching to playing the rest of his set on real vinyl records. With everyone else using digital DJ software and DVS this made Pro Zeiko’s set special and had fans of 3style talking about it for days.

Quick takeaway: Learn to properly mix without the need of any visual aids – you never know when you’ll need to spin “blind”!

Honorary mention for Carlo, who actually teaches how to construct Red Bull-winning sets as part of our All-New Scratching For Controller DJs Course. Although his 2014 World Finals routine was filled with creative ideas and interesting mixes, it’s Carlo’s charisma that makes you want to continue watching. He even had a few hiccups and mistakes during his performance, but because he always looked positive and kept the crowd involved it took the focus away from the mistakes and put it on the good things he was doing.

Quick takeaway: Make sure you look like you’re having fun when you’re playing. The crowd will feed off that energy and in turn will enjoy themselves too.

Red Bull 3Style changed the landscape of DJ battles by placing more emphasis on the crowd and party rocking elements of DJing instead of raw scratching and beat juggling. These five sets represent different aspects that have been added to the 3Style over the years making it more and more interesting. With an almost decade long history of innovative DJ sets, this year’s national and world finals are sure to be just as memorable.

What’s your favourite Red Bull 3Style set ever? Why? Let us know in the comments. 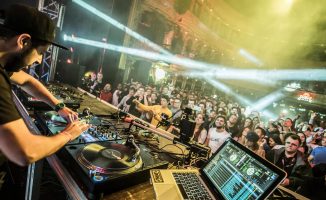 Video: Go Behind The Scenes At Red Bull 3Style 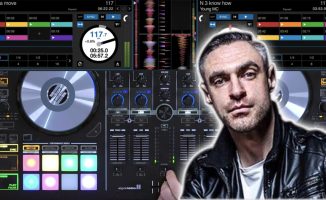 How Entering DJ Battles Can Help You Succeed As A DJ 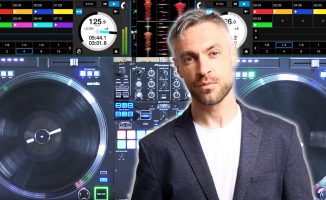