Happy birthday to me! I’m 32 now, and that means I’ve been a semi-professional DJ for 10 years. It’s not been exactly what I expected, but I wouldn’t change a thing. If you’re just starting out on your journey as a DJ and wondering what may be in store for you, you may enjoy what I have to share with you today.

1. You aren’t going to be famous

I started DJing in around 2009, and by September 2010 I was working almost every weekend, doing monthly sessions at two different bars in my city (Pamplona, Spain) as well as more sporadic events for friend’s parties, and working outside of the city every now and again.

At the time, it surprised me that I could DJ for around 100 people every weekend for a month without getting 400 new fans. But now I realise that it makes perfect sense. I didn’t work hard enough to gain a following, I didn’t make the most of social media, and I focused on booking gigs directly without engaging with the people. I also wasn’t particularly innovative in terms of the music I played.

But it was still fantastic! Over the course of a few years, I met a load of people, started a band, released a few albums (including one on vinyl!), travelled the country (and also France, Germany, and the UK) and played in around 300 different venues. I warmed up for a few huge shows (I’d guess the biggest DJ sets I ever did were for around 500 people) which was an absolutely amazing experience.

Learn to DJ to pro level: The Complete DJ Course

2. You aren’t going to get rich

If you’re looking at DJing as a way of making money, my advice would be that you give up now. Those who get wildly rich are the top 0.1% of DJs. Beneath them are a few mid-level DJs who also do a lot of production, writing, studio work, sound technician work and so on, who earn good money (essentially small business owners). And then, there are the vast mass of semi-pro DJs like me.

I think it’s a shame that it’s so hard to talk about the financial side of creative endeavours. Of course, everyone’s situation is different, there’s a great degree of variation between countries (and different cities within each country), and there are also many types of DJs (including wedding DJs etc). I can only share my own experiences, which are as follows:

I am incredibly grateful for that opportunity (and €1500 is a lot of money!) but realistically, it’s taken me literally 10 years to get an opportunity that good. I will not be quitting my day job.

3. Sometimes you will give up

DJing comes and goes, at least with me. Sometimes the idea of staying up till 4 or 6am to do a two-hour session seems like a genuine nightmare. There have been periods of around six months where I’ll only do one or two gigs, either because I’m not looking for work, or nobody wants to book me.

That’s fine. I sometimes get worried about what would happen if the work dried up, but realistically, that’s happened a few times already and it always comes back. If you’re getting fed up, my advice would be to dedicate yourself to something else for a few months (even if it’s DJ related, like production or photography or social media) and wait until you feel inspired again

4. You’ll waste a lot of money on equipment

My set-up has been more-or-less the same for the last five years now (for the record, it’s two old-school Denon DNS1200 CDJs, plus an iPad with djay 2 and a Reloop Mixtour for back up, and an old Pioneer mixer).

But I remember the first five years of my time as a DJ, I felt under a lot of pressure to constantly update (and to use expensive Pioneer gear). This is partly because when I started out, each generation of DJ controller generally involved pretty significant upgrades in terms of features and controls. Now, DJ controllers are becoming more and more similar to each other, and there’s less difference between each generation (remember that 10 years ago, laptop DJs were still something of a rarity).

Learn about the right DJ gear for YOU: The Complete DJ Course

Prices have also gone way down: you can get decent equipment capable of doing 99% of what a Pioneer setup can do for a couple of hundred euros.

My advice here is that you don’t get anything new until you’ve mastered the equipment you have. And don’t feel like you need to spend thousands to get pro-level equipment when you’re starting out. If you aren’t a professional DJ, getting professional equipment isn’t going to turn you into one.

5. You’ll have a great time

It’s boring to read about all the cool things someone else has done. And relatively speaking, I haven’t achieved huge levels of fame or success. But I have achieved some things I would never have imagined possible, including getting a tour around Europe, getting a trip to the US, meeting some of my DJ heroes, playing at some big international festivals (…generally on the smallest stage at the weirdest time).

I’ve also made many friends, and had some of the greatest nights of my life.

The hardest part is to start. You can plan as much as you like, but until you start, you’re not going to know what it’s like. And it is simply not going to turn out how you expect. Some parts will be better, some different, some worse, and some completely unpredictable – most, in fact.

But the experience, wisdom, track record and connections you make as you’re actually out there doing it will iron out your early inconsistencies and you’ll settle into a groove – and you’ll also be able to call yourself a real DJ, with real gigs – something 90% off DJs never achieve. I wish you luck! 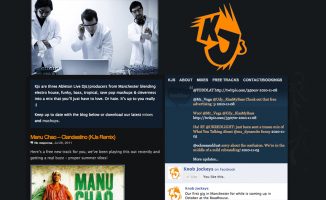 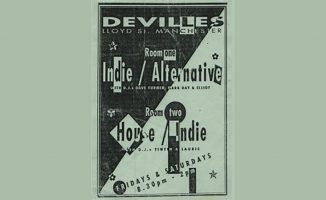