Do you DJ with acapellas? Would you like to? Have you always wondered how DJs spin with acapellas? If so, read on, because in this article I’ll introduce you to all you’ll need to know to successfully start incorporating acapellas in your DJ sets.

Acapellas are vocal-only tracks. They are usually the vocal parts of well-known tracks, “solo” – isolated and on their own.

We’ll cover why they’re useful to DJs, where to get them from, how to prep them, and then dive into several ideas you can try for using them in your DJ sets.

How To DJ With Acapellas

1. Figure out why and when you’ll use them

The reason DJs have traditionally loved acapellas so much is that they make creative “live remixing” possible. You can stamp your own authority on a DJ set, and make the same source ingredients as every other DJ into something completely new.

So acapellas are definitely great fun to DJ with – but you need to know why you want to use them, and when.

Do you have DJs you admire who use them? Gigs where you think they would help? Maybe you want to start making your own DJ remixes using them? Being sure from the start is important. Here are some ideas:

Finally, learning to DJ with acapellas is a great way to begin thinking like a producer, because as you’ll see, some of the things producers think about when producing records are the same things you’ll have to think about to get your acapella DJing to work out right.

Back “in the day”, when a big vocal record was released that had an acapella version right there in the DJ vinyl double-pack or similar, DJs loved it – but these were few and far between. There were even “bootleg” vinyl releases with acapellas on them just so DJs could get their hands on them.

But nowadays, thanks to the internet, acapellas are as common as all other types of music. And as long as you already own the track whose acapella you are searching for, we say ethically it is fair game to download the acapella from wherever you can find it, for your own personal use.

Here are some ways to get them:

Once you have some acapellas imported into your DJ software, you’re ready to go. But it is hugely useful to do some preparation with them first.

In the vinyl days, we couldn’t do any of what follows here (at least, not easily), but nowadays, you have lots of tools at your disposal to work out the BPM of your acapellas, to easily prepare them so the timing is always right when you DJ with them, to match their musical key with the tracks you want to use them with, and more.

So let’s look at how to prepare them for use:

Read this next: The Easy Way To Beatgrid Acapellas

There are in-depth “Action Plans” to show you exactly how to do what was just described, as part of our Digital DJ Lab DJ subscription programme. They are among scores of deep-dive lessons that help you improve in every area of your DJing, that are included in the ‘Lab. Learn more about Digital DJ Lab here.

4. Get mixing with them!

Now you’ve sourced and prepared your acapellas, it’s time to start practising DJing with them. So returning to our ideas from the start of this article, let’s look more closely as to how you may do some of those things. Here are four ideas:

i. Discover a classic “acapella plus instrumental” mashup

Grab an acapella of a track you love, prepare it, then scour your DJ collection for an instrumental in the same or a compatible musical key, at a similar BPM (around five BPM either way is fine).

Mix them together as you would any two “normal” tracks, making sure to start the acapella playing at an obvious point on the instrumental track (breakdown, drop, etc).

Experiment! It can take time to get the timing right and make things work structurally, so be sure to record your practising to listen back to confirm what sounds good.

ii. Come up with an “acapella bridge” mix

This is one of my favourites. you’ll take a well known acapella, and start it playing as one track is ending, or at the point you want to mix out of that track. At some point during the acapella, you’ll remove the track that’s playing underneath, and replace it with another track.

To make this work, obviously both tracks need to sound good with the acapella in the first place (compatible or the same musical key, general vibe and so on), but also you’ll have to get the timing spot on.

The easiest way to do this is to use a third deck on your controller or DJ system to have the acapella playing on, so you can DJ with the other two decks as you normally would.

However, it is also possible to do it with only two decks. For an example, jump to 41 minutes into this mix, to hear me perform an acapella bridge. This was recorded on a two-deck controller…

To do it, set up your software so that when you load a track “on top” of one that’s already playing, it not only replaces it but it also starts it playing from the first saved cue point, and in sync with the other track.

Now, you can simply load a new track over the old one at exactly the right second. It will “take over” without dropping a beat. (Make sure you have your software set so you are allowed to load onto playing decks.)

Meanwhile, all the time, your acapella has been playing undisturbed on the other deck…

iii. Try some “extreme” music with a well-known acapella

So now you can flex your muscles a bit.

Do you have a track or tracks you imagine rocking a dancefloor, but you’d be too scared to play them in your DJ sets in case they have the opposite effect? Maybe the track or tracks aren’t very well known, or they’re in a genre you personally love, but you don’t feel the rest of the world does?

Here’s where adding a well-known acapella can make all the difference. So the key is to grab a crowd-pleasing acapella, of a big hit, and to do the classic “acapella plus instrumental” move from above, but this time pairing it with something extreme!

You’ll still have to respect the rules of musical key and BPM, but apart from that, it’s completely up to you. Sometimes the more extreme, the more likely it is to work, precisely BECAUSE the two tracks were apparently unmatched! So be bold.

Check out this all-time classic mashup from 2007, which is essentially an acapella + instrumental mix with some extra production, for an example of two genres that shouldn’t work but do – really, really well:

Once you’ve come up with an “extreme” acapella mashup, try doing the same thing but repeating the “acapella bridge” as described earlier. You can use acapellas to bridge two tracks in your “extreme” genre or style – but also to enact a big genre change. This can be especially useful to bring your dancefloor “back” to the kind of music it is expecting.

iv. Try “jamming” with your acapella

Put cue points on various parts (hooks, words, the chorus, and so on), then try “playing” those cue points over the backing track by tapping the hot cues. By “chopping up” an acapella this way you can often find interesting new timings, or even arrangements of words.

Learn to transition like a pro: House Mixing Mastery course

Another way to “jam” with an acapella is to use “loop move”. Set a loop (a beat, two beats, four beats) on your acapella, then use your software’s loop move function to move that loop around through different parts of the acapella, until something sounds good. You could use the faders to chop your loop in and out of the mix, maybe adding, say, a 1/2 or 3/4 beat echo for interest. Works great with house music!

As with all creative DJing it is important to trust your ears – if it sounds rubbish, it probably is! That said, it is a good idea to record your practice sessions too, because listening back to your recordings is the only real way you’ll hear what your attempts sound like to the rest of the world.

Acapella DJing is a mainstay of creative DJing, but it does pay to get it right. Hopefully this article has inspired you to have a go, and given you some ideas of what to try!

• Remember if you want to learn from the ground up how to DJ with acapellas, check out our Acapella Mixing Masterclass.

The Easy Way To Beatgrid Acapellas 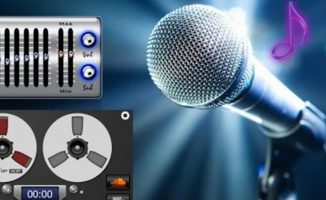 Over To You: How Do I Mix With Acapellas On A Two-Deck Controller?

6 Best Places For DJs To Get Acapellas Online