Rekordbox DJ software has switched its key sync algorithm to implement what we at Digital DJ Tips call “fuzzy keymixing”, a method of keymixing which promises better harmonic matches of all tracks when DJing.

This approach to keymixing – first championed by us in our 2014 course How To Master Keymixing – means any track can usually be mixed into any other track harmonically, without worrying about the keys of either track.

Fuzzy keymixing builds on how DJs are usually taught to mix in key, by including two more potential key matches for any given track. Combined with the quality of modern keyshifting algorithms, it makes the idea of mixing “anything into anything harmonically” a reality.

This is already the default key sync system on Pioneer DJ’s CDJ-3000 media players, but this move brings it to controller DJs for the first time.

Fuzzy Keymixing recognises that there are actually six largely compatible music keys rather than four when it comes to mixing harmonically. With this method, by applying a maximum of two semitones of key shifting, any track can usually be made harmonically compatible with any other track.

This gives far better results than those achieved by standard key sync algorithms, which adhere to the stricter rules usually taught, and so often move a track’s pitch so far from the original key that it sounds awful.

Fuzzy keymixing is now automatically applied when you hit “key sync” in Rekordbox DJ 6.5.2, meaning users of that software no longer have to apply the concept manually when wanting to mix in this way harmonically. In fact, they don’t need to know anything about it – it just works. You can how hit “key sync” when mixing and have more certainty that the results will sound good.

So far, we’re still waiting for most of the other platforms to add this as a choice or a default. Algoriddim’s djay has a version of it (by allowing you to disregard the major/minor differentiation with regards to key, which achieves the same result), but not the others. We’ve spoken to them all about it and will report any developments.

“But I don’t use Rekordbox or djay!”

However, you can still do this in Serato, Traktor, Virtual DJ, Engine OS and so on, easily.

I’m assuming you’re familiar with the way keymixing is usually taught, using the Camelot Wheel. Building on this, you just need to give yourself permission to move to diagonally adjacent segments of the wheel as well as those with a side that touches.

Another way of putting it is that you disregard the letter in the Camelot system, and simply mix into a key in the same or an adjacent number.

Read this next: Which Is The Best DJ Key Detection Software?

Using this method, there will always be a match for any incoming track within two semitones of its original key, so you just have to key shift the incoming track up or down by one or two notes to find a number that matches or is adjacent to the Camelot number of the track you’re currently playing.

We explain the concept in much more detail in our article on fuzzy keymixing, which you should read if you want to understand better why this works, and the limitations of mixing harmonically in this way.

Fuzzy Keymixing: The Easy New Way To Mix Anything Into Anything

How Important Is It For DJs To Mix In Key? 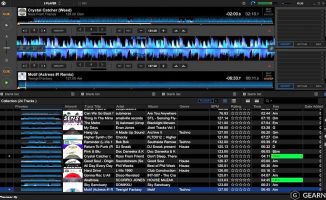