I discussed these five points in our live Tuesday Tips show, and you can watch the replay here, where I elaborate on the points, and share audience reaction and feedback.

We’ve all heard DJs moaning about it, you may even be one of the DJs who does. None of us can claim that “pay to play” is something we’re not familiar with. (And of course let’s not forget its close cousin, “playing for exposure”.) And at the end of the say, who among us doesn’t want to get paid for DJing – and get paid well, at that?

The thing is though, in any game where the thing you are looking to be paid for is fun, you’ll find people prepared to do it for nothing, or even do it at their own expense. This of course presents a problem for those who wish to do that thing professionally, because it is perceived as driving down the “average” fee chargeable.

It’s not just DJing – in Cockpit Confidential by Patrick Smith, an airline pilot recounts how regional airlines in the USA have got depressed rates of pay and conditions for pilots, precisely because flying planes is, well, cool, and many pilots enter the relatively easy world of regional commercial aviation (it’s apparently easier to reach those jobs that international flying) just so they can fly planes. Sound familiar?

Maybe you are actually one of these people. Maybe you really don’t mind playing for little or nothing, because you just love doing it or see it as a stepping stone. I’m not judging you; just pointing out that this is part of the reason why average rates for average DJs ain’t going up any time soon.

So if you actually want to get paid for DJing, to earn an income from your DJing, and escape “pay to play” or “play for exposure” scenarios, what are some of the tactics you can employ? Here are a few ideas:

1. Promote your own event

So measly promoters are taking all the money and not paying the poor DJs, eh? Only logical then that one way to turn the tables and get paid for DJing is to become a promoter. Rent a venue, book yourself as the DJ, get promoting, and keep any money you make. Ah, you may be thinking, but promoting isn’t that easy! You may even have tried it. but starting ANY business isn’t easy – and promoting is a business.

If the reason there are so many DJs is that DJing is easy, this is actually a good thing – you are separating yourself form the pack. But what if it’s true? What if at this stage you really can’t make any money promoting? (For example: you feel the scene is “stitched up”, current promoters been doing it for ages, no gaps for you to squeeze in…)

So that means the real problem is that there isn’t any easy money in the scene you want to DJ in. If there isn’t any money to be made realistically in your scene, then nobody you know is going to be making any money – and that includes you. So you should maybe try something else…

2. Start DJing some type of music people will pay for

Where are the gaps in your market? What scenes aren’t represented? What new style of music are coming through that you could champion? Treat your DJing like a business, and think “supply and demand”.

If there are only one or two DJs who can play a type of music, any you’re one of them, and the people want that type of music, it’s a surefire way of making sure you get paid for DJing – and hopefully get ahead and lock in your gigs before the others catch up. Take Tuesday nights in dingy bars, because the thing about new scenes is that they start around the edges. They correlate nicely with the kinds of venues new DJs can book, too.

3. Go where the money is

In any town, city, scene, there are places where the money is. Private members clubs. Gigs where everyone who’s invited is rich. Places where there actually IS some cash around. And the DJs they hire to play their events get paid well. It’s just the nature of it.

So be mercenary. Find out who’s promoting these gigs, polish your shoes, and get involved. Become a rich persons’ DJ and simply side-swerve the rest of the pack.

Doesn’t sound tasteful to you? Not what you got into DJing for? Fair enough. But you gotta look at reality – if you want money, if that’s what matters to you, there are choices to be made.

Or if going for the “exclusive” end of the market doesn’t appeal to you, you could…

Wanna know a big reason why bar and small club managers often won’t pay much to their DJs? Because the DJ is not actually an important part of the entertainment (and they know there are loads of DJs lining up for the job if the DJ is actually so bad that someone DOES notice and says, “hey, who’s this goon?”).

So if you want to be paid well for DJing, it figures that you should be targeting jobs where your appearance, professionalism and reliability really matter. Wanna know what types of gigs these are? Mobile gigs, that’s what. There’s a reason people don’t just hire anyone for weddings, corporate events and so on – because the result matters. you could make or break that kind of event.

And if you can find a challenge in this kind of DJing, if you can extract satisfaction from it, there is good money here. Money that could support your attempts to play all the other kinds of gigs where you can’t make a penny…

Oh, and if you can combine the last two – and end up playing, for instance, only high-end weddings – the money to be made is life-changing, if you get good at it of course.

We hear DJs saying “I’ve been in this game for six months, and I know everyone, and nobody’s getting paid…”

You know very little after six months. Stick with the game! You need to really understand who is pulling the strings at a venue, promoter, town, city, state and national level before you can spot opportunities consistently, and pull the right strings through respect earned to make things happen.

You also need to improve as a DJ so you’re worth playing for – a DJ who’s been playing for six months isn’t. It takes more than six months to work out what you have to say with your music, to forge connections with similar people, to produce music, to start a label, to do all the things that EARN you the right to be paid well.

As one example, I DJed four nights a week or more for pennies for FIVE YEARS before “cracking it” and getting a well-paid career as a DJ. It happened as early as it could have happened for me. Many other had fallen by the wayside in the meantime…

(By the way, brownie points if you can tell us the band who wrote the song that the title of step 5 came from…)

This post is not complete, and it has been written deliberately to start a debate. I know there are more facets to this “problem” (if indeed it is a problem), and also that there are more ways to “solve” it that I have outlined.

But I guess one of the big things is to realise that this is the “music business”, and that as in any business, it is those who spot opportunities, work out how to do something different, and most of all, build a “customer base”, who get the money.

Thinking like this is a different way of approaching DJing, but it is necessary if money is your goal. The actual DJing, it turns out, really IS just one part of the puzzle…

Ready to do this?

Want me to teach you ALL the tricks of DJing – gear, music, techniques, playing out, AND promoting yourself? Check out my best-selling Complete DJ Course.

Let us know your thoughts on this whole debate in the comments below. 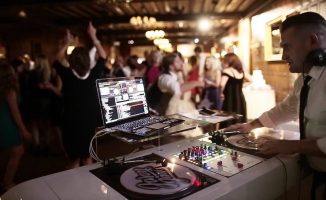 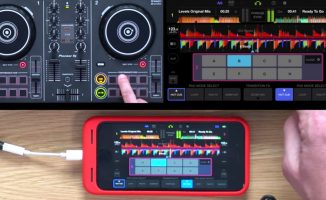 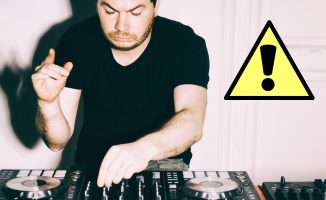