The TMA-2 Ed Banger headphones are a decent pair of cans for DJing. They offer noise isolation, plenty of bass, and just enough accoutrements (red and blue coiled cables, an Ed Banger zip pouch) to make this feel more premium compared to a pair of TMA-2s that you assemble on the AIAIAI website. They’re not the best headphones in this price range (a couple of dollars more will get you a Sennheiser HD 25-1 II), but their modular nature means that you can still customise them to your liking, including Bluetooth-capability through the just-released H60 Bluetooth headband.

The TMA-2 Ed Banger edition headphones ship disassembled. If you’ve never bought a pair of TMA-2 modular headphones yet, here’s how it works: You head to the AIAIAI site and pick out headphone parts (eg headband, speaker drivers, ear pads) based on your preference, or you can also buy pre-configured TMA-2s. The parts arrive in a box and you put them together yourself (think IKEA for DJs).

The TMA-2 Ed Banger comes with special speaker drivers, an Ed Banger carrying pouch, and two speaker cables: a blue cloth covered coiled cable, and a red plastic coiled cable. Other than these, the headphones look classic AIAIAI, complete with the muted elegance that have come to define the TMA headphone series.

I assembled the headphones (I love doing this stuff), fired up some tunes and got to work. 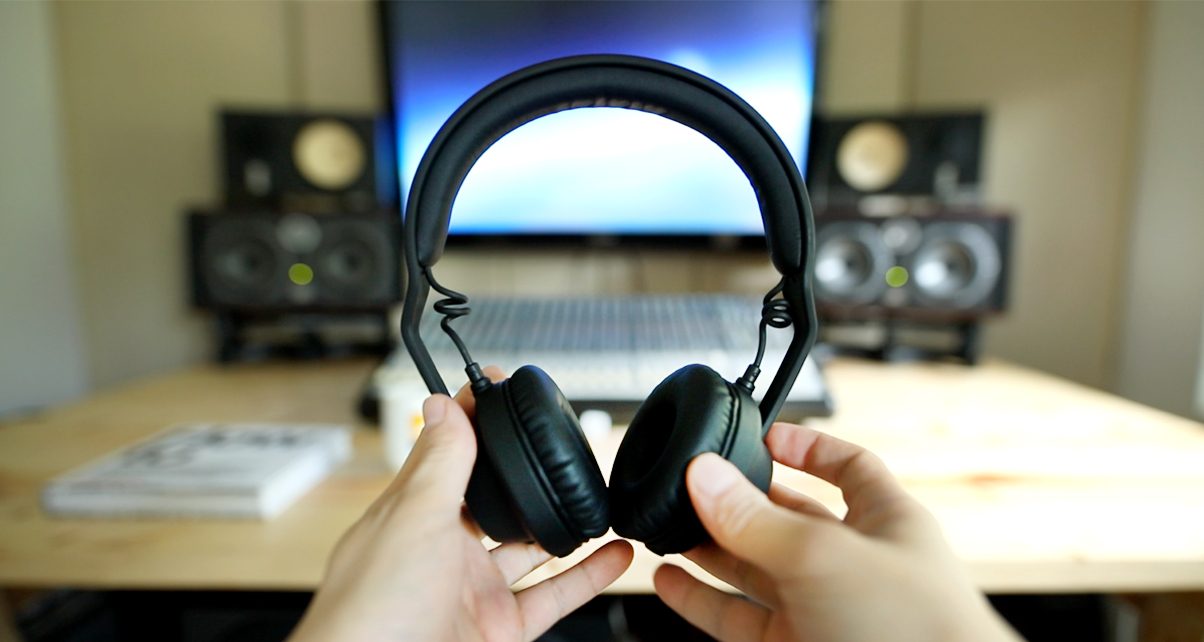 The TMA-2 Ed Banger headphones are light and have a nice matte rubber and plastic finish. They fit snugly on my head – I’ve got a fairly large noggin, so it’s a good thing that the ear cups have a wide adjustable range.

The TMA-2 Ed Banger headband is made of reinforced nylon. That means it’s flexible and won’t snap in two, which is something that’s happened to me at a gig before with plastic Beats headphones. DJs wear and remove headphones repeatedly throughout a gig, placing a strain on the headband, so a tough band is crucial to a quality pair that lasts.

The flexibility of the headband also means that it’s possible to achieve various DJ monitoring styles, even though the cups themselves don’t swivel – you can monitor with both ears, with one ear cup on your shoulder, with one ear cup while wearing them on your head, and so on. You can even monitor Paul Oakenfold-style with the headband on your chin because the headphones themselves are so light.

These are on-ear headphones, so the ear cups sit on top of your ears instead of enveloping them, kind of like the Pioneer DJ HDJ-C70 and Sennheiser HD 25. They’ve got soft leatherette ear pads and 40mm drivers in the ear cups which pack a bass-heavy punch (more on that later). They’re comfortable to use for extended periods of time, though I did find that my ears felt a bit “pinched” while using these with eyeglasses, as my ears get pressed on the stems of my glasses. It may be a small thing, but if you’re visually impaired like me, it’s a consideration whenever you use on-ear cans like these.

The TMA-2 Ed Banger headphones provide a decent amount of noise isolation, which is great for loud DJ booths and venues. They’re not as airtight as the Pioneer DJ HDJ-2000MK2s, but that’s to be expected since those are around-the-ear headphones. Still, the TMA-2 Ed Banger does shield you from external sounds, making it good for DJing in noisy venues, as well as for listening during flights, commutes, and for tuning out your noisy co-workers.

A pair of DJ headphones need to give you enough volume, low-end punch, and clarity to let you hear what you’re cueing or mixing. They’re specialist tools: this is why a good pair of consumer headphones may not be suited for DJing, and vice versa.

The TMA-2 Ed Bangers are DJ headphones – they’ve got copious amounts of lows for kick drums and basslines. The midrange, which is where a huge chunk of stuff like vocals, lead synths, pads, and guitars sit, seems to sit further back, and the same goes for the highs. This is probably because of the high priority the headphones give to reproducing bass frequencies.

It’s a double-edged sword: on the one hand, you can easily hear the low end in bass-heavy genres like hip-hop, trap, EDM, and house / techno, even at fairly low volumes. That means you don’t have to turn up the music with these headphones just so you can hear the bottom end, which is good for your ears in the long run. Kendrick Lamar’s DNA sounds absolutely menacing on the TMA-2s, Leftfield’s Rhythm And Stealth sounds like the straight-up banger it is, and I have a newfound appreciation for Hybrid’s drum programming in their breakbeat classic Finished Symphony.

However, this bias towards reproducing bass frequencies also means that the overall sound can be a bit dull and muddy for genres that demand greater balance across the highs, mids and lows: For example, guitar-driven music can lack the clarity that a more balanced pair of headphones can provide. Listening to the song Magic by garage-rock outfit She’s Only Sixteen on the TMA-2s strips the tune of its sparkle and “immediacy”, and St. Vincent’s piano opus New York sounds more mush than magnificent. 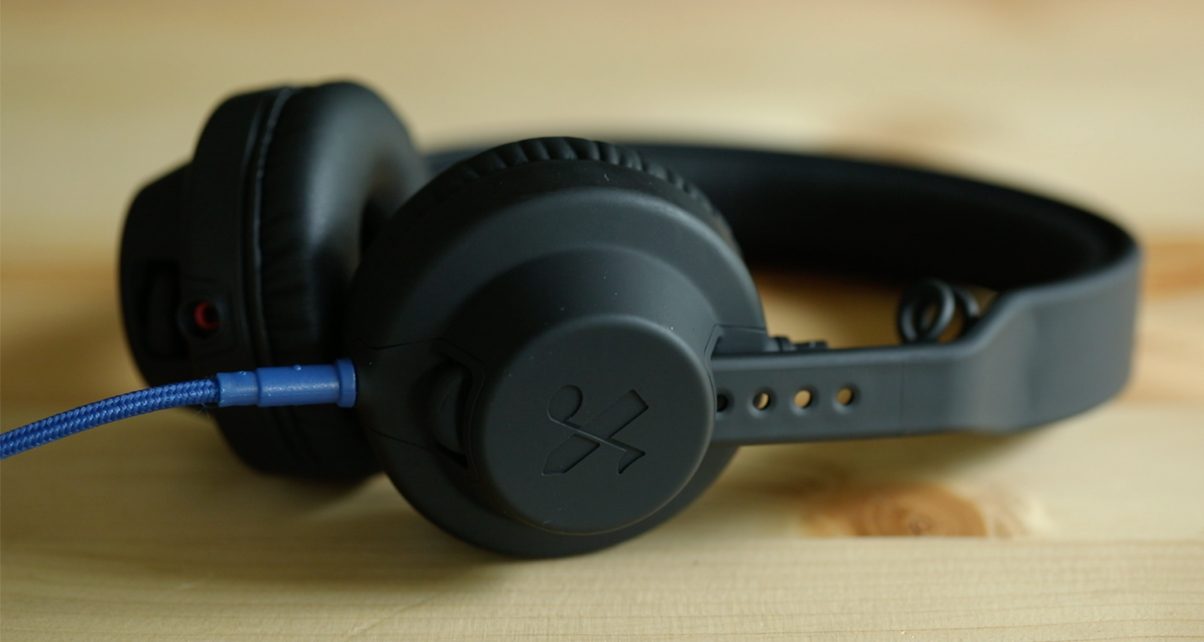 The TMA-2 Ed Bangers are a specialist’s headphone – they’re good for DJing and listening to dance music. Decent noise isolation makes them well-suited for the DJ booth, and the flexible headband and padded ear cups make them comfortable to use for long periods of time in various monitoring positions.

However, these aren’t multi-purpose headphones for general listening because of the bias towards the low-end, which means the mids do get overpowered in other styles of music such as rock and indie. Furthermore, the on-ear nature and smaller drivers of the headphones can also make the sound feel “choked” compared to larger headphones with bigger drivers and ear cups that envelope your ears, but this is more of a design and physics limitation of on-ear styles than a specific criticism of the TMA-2 Ed Banger itself.

Overall, the TMA-2 Ed Banger headphones are decent, though pricey – for just a couple of dollars more, you could get yourself the sublime Sennheiser HD 25-1 II. However, if you love AIAIAI’s modular concept and design aesthetic, this is one of the best TMA-2 models to get.

Check out the tunes used in reviewing these headphones below.