Unless you’ve had your head in the sand for the past five years, you’ll be aware that when it comes to getting a career in DJing that reaches beyond wherever you happen to live, it’s no longer enough to just be a “DJ” – nowadays, the holy grail is to be a “DJ/producer”.

Get production credits and you’ll get DJ gigs too, young hopefuls are regularly told (often by companies selling production courses for DJs). If you can’t make mashups, you’re at a disadvantage before you begin (we said that, in Make Mashups Not Mixtapes). Bashing buttons to move beyond simply playing other people’s productions is the new DJing (everyone from companies that sell boxes of buttons to deadmau5 says this).

But what do we really mean by production skills? Do you have to get production skills to make it as a DJ nowadays? And if so, how do you do it? Does all of this mean the traditional art of DJing is dead, or at least dying? What if you really have no interest at all in producing? Is it OK to be just a DJ in 2012?

In this three-part mini-series, you’ll get the answers to all of these question.

What we’ll cover…
In part one today, we’re going to look at what a DJ/producer typically does, and so what you need to do to call yourself a DJ/producer. In the next article, we’ll look at how important it is to be a producer as well as a DJ, what this means for the traditional art of DJing, and ultimately, whether you should put the immense time and effort required in to move from being a “DJ” to a “DJ/producer”. And in part three, we’ll give you five practical steps you can take to make this happen should you decide it’s for you.

Nowadays, production skills can simply imply getting something out there that people can listen to and that other DJs can play, something that didn’t exist before. It doesn’t necessarily mean you’re a professional “producer”, who knows his way around a 24-track studio, how to mic up a drum kit and all the rest of it.

So in the case of DJ/producers, we’re talking being able to make any of the following types of music:

If you are doing or planning to do any of these things, well, that would make you a DJ/producer!

So, you know where you (might) want to go now. But it looks like a lot of work, no? Maybe we should consider why you may want to add these skills to just plain DJing. And that’s exactly what we cover in part two.

If you’re serious about getting started in production from a DJing perspective, we’ve got a great (strictly time-limited) offer for you – currently without doubt the best-kept secret in production training.

DJ/producer and Digital DJ Tips writer Chris Cartledge has spent the past six months creating a fantastic beginner production online video course, similar to our acclaimed How To Digital DJ Fast course, and which at 12 hours long covers all you need to know to get started in music production. It even has links to free software so you won’t need to spend a penny extra to get going. Here’s a sneak video preview:

If you like the look of the course, you can get it for 20% off list price by buying it before midnight this Monday (August 20), through clicking this link. This is the first production course we’ve ever recommended, and I can personally vouch for Chris’s expertise, enthusiasm and customer service – he will deal with you personally whenever you need help and assistance as you take your first steps in production.

Are you a DJ who has always wanted to add “producer” to your list of skills? Are you planning on doing just that? Or are you perfectly happy playing other people’s music for a living? Please share your thoughts in the comments… 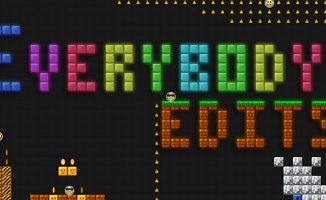 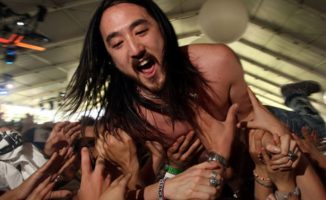 Your Questions: Do You Need To Be A Producer For DJing Success?