As DJs switched from using physical vinyl/CDs to digital files, they had to find new ways to organise their music so as not to get lost in new, often wider collections. It’s a problem all new digital DJs struggle with at one point or another to this day.

The trouble is, there are no best-practice guidelines out there for how you should organise your music library. Today I’d like to explore the importance of having some kind of system, look at some of the alternatives, and show you a method that works for me.

When you’re organising your digital music collection, these are the questions you’ll typically find yourself asking:

There are nearly as many answers to these questions as there are DJs on the planet! Some create playlists for every music genre, others make lists for different BPM ranges. And then there are those DJs who simply play out of their complete music library without any kind of sorting at all.

There is no right way to do this, and all of these methods have their pros and cons. Let’s look at some of them now:

Ways to group your music

When you group your music by different genres (eg hip-hop, pop, dance) you have the advantage that you can usually find a track that will mix well with your current tune (tempo and key) pretty fast, because your playlists don’t get too big.

This kind of organisation helps you to avoid jumping back and forth between too many styles, which can be confusing for your audience. On the other hand, your mix can sound stale after a while if you play on autopilot out of genre lists, because it’s so straightforward and you’re discouraged from impromptu surprises (like mixing an 80s track with a new hip-hop joint).

Of course you can still do this, but in the example above, first you’d have to switch to your 80s playlist, then search for the right BPM and then find a track with the same key (assuming you use key mixing). That can take a lot of time which you often won’t have.

Another thing is that it’s complicated and time-consuming to keep your playlists up to date. You have to categorise every track into a musical genre, which isn’t always that easy and sometimes leads to having to add a track to two or three different playlists. So while this method might be good for strictly single-genre DJs or for beginner DJs who just want to produce a coherent mix as easily as possible, it clearly has its limitations.

I know a couple of DJs who can pull off great mixes with this method. But usually these guys know their library and their music very well, so they don’t have to try, say, six different tracks before finding the right one to mix in next.

For many other DJs, it’s easy to get overwhelmed by the huge number of options this method presents as to which track to play next. Combined with the (above mentioned) problem of mixing too many styles together, this can lead to DJ mixes that have a lot of ups and downs in it, more than the DJ might wish.

So while this option can be great for DJs who play a lot with the same collection, or for people who have been doing this for a few years, it often won’t be a good choice for beginner or part-time DJs.

This is by far the hardest way to do digital DJing. You have (let’s guess) maybe a couple of thousand tracks right in front of you with no classification at all. I truly don’t know any real advantage of “sorting” your library like this. The only case when I see people play straight from a music folder is when they play with somebody else’s laptop.

When you don’t know how another DJ has organised their music at all, it’s probably best you just type in some songs you know that will work, or browse through the lot, making a temporary playlist of stuff you’re interested in using in your set.

If you do play straight from your (or someone else’s) music folder, you can sort so the tracks that were added just recently are at the top, so at least you’re putting just new hits or tunes you’re not bored of in a prominent position in your library.

4. Use my “night stages” method

Recently I came up with another way of grouping my music, which is kind of a mixture of the methods mentioned above but with some definite advantages of its own. I call it the “night stages” method.

It works best for parties where everyone arrives at the start, has a (hopefully) great time, and leaves at the end – as opposed to say a long bar set where the crowd changes throughout the night. Here’s how you do it:

This is a little like sorting out your tunes in a record box, in rough “front-to-back” order, which is a method many DJs used to prefer in the vinyl days. In my digital take on it, you simply play from the list that suits the stage the night is currently at.

I believe it has the right mix of preparation and variety, it forces you to think beforehand about where you tunes are likely to work in a set (which is a good thing), and it is easy to do every week, which means you’re less likely to slip into playing from your music library, with no sorting at all.

I started out as a hip-hop DJ and used to grouped my music by genre or sub-genre. This worked just fine till I began working in clubs that demanded different kinds of music, because then, the number of genre playlists I had grew quickly to more than 30!

I was spending a lot of time updating all the different genres when adding new tracks, but in the end most of the time I got lazy and just put everything under a “new” playlist (which is basically the same as playing from your whole library). After realising this I began to take a look at the history of tracks I was playing in a night. (It’s always worth looking back at the history files your software keeps of what you actually play if you don’t already, by the way. You’ll learn a lot.)

In doing so I saw that the tunes I was playing were allotted across all kinds of music genres. In my case, though, I realised that most of the tracks were slower and older at the beginning of the night, in the middle they were mainly new and fast-paced, whereas at the end I played mostly classics and slow tracks again.

This way I came up with the idea to just separate my music by these three categories, which for me is working a lot better than having my previous huge number of playlists.

• DJ Tobander is a Serato Scratch Live DJ who started as a teenager, and nowadays spins in hip-hop, dance and alternative clubs. You can find him on SoundCloud, Twitter and his own website.

How do you organise your music? Do you have a tip or trick to share that helps you to stay organised when DJing? Or do you just play straight out of your music folder? Please share in the comments. 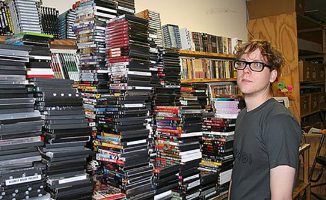 5 Reasons To Organise Your Music Properly 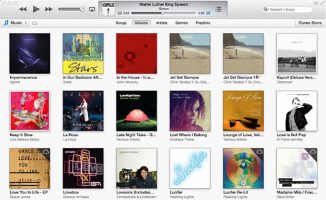 How To Get Started Organising Your Music