Owners of Serato DJ Intro controllers finally have a software upgrade path, as Serato today announced Serato DJ, its new pro DJ software, which is to replace Serato ITCH. For a one-off fee of $199 (although there’s an opening offer – see below) owners of any Serato DJ Intro-compatible controller can upgrade to the new software. Serato DJ will begin to become available from November 1, and be rolled out to all compatible DJ controllers over the winter.

Numark has already given us a timetable for its controllers. Beginning in December, DJs who own the following Numark controllers can upgrade to Serato DJ: Mixtrack Pro, N4, Mixdeck, Mixdeck Express, and Mixdeck Quad. NS6 will begin shipping with Serato DJ in early Q1 2013, with NS7 and V7 to follow shortly thereafter.

Serato DJ Intro users can look forward to all the new features of Serato DJ, arguably the biggest of which is Midi mapping. They will also get access to pro features previously only available to users of Serato ITCH, Serato DJ’s predecessor. These include recording, full-powered looping, better sync options, smart crates (for easier library organisation), and far more powerful sample playing with the SP-6 sample player.

Cost and compatibility
While the upgrade costs US$199, for a limited time it will come with Serato Video for free. This means the software will be able to play video as well as music files.

It appears that, as with Serato DJ’s predecessor Serato ITCH, all future upgrades will be free.

The full list of controllers that will be upgradable is: Numark Mixtrack Pro, Numark N4, Numark MixDeck

At a stroke, this will make the number of controllers compatible (albeit for an extra fee) with Serato software many times greater than before, and could herald a much larger uptake of Serato software among controller DJs.

It is something we’ve long expected, as controllers were continually being released bearing Serato’s name but which couldn’t be properly used thanks to only coming with the limited Serato DJ Intro. It should thus boost sales of all the controllers listed above, as well as making those users who can afford US$199 for an upgrade happy.

Are you a Serato DJ Intro controller owner who’s been waiting for this upgrade? Do you think the price is fair? Will you be upgrading? Please share your thoughts in the comments. 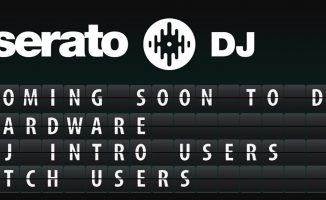