Editor’s note: This article was submitted by a well known, working DJ, who wanted us to publish it in the hope that its message would help others who may be in a similar situation. We didn’t publish the person’s name, because we felt that despite their brave choice to write about this, ultimately, this is a private matter.

It’s been six months since I woke up on my bedroom floor.

It was a warm Sunday afternoon, I was home, but I didn’t know where I was.

“What happened?” I asked my girlfriend who was on the bed beside me. She told me exactly what went down.

It was only 9pm the night before, but I was on my seventh drink and I’d already finished a pad of seizure tranquilisers. I was buzzed, and was falling over my seat at the local bar. I wasn’t going to DJ that night, but I was still reeling from a few nights back where I DJed while being very intoxicated.

I only remembered the first ten minutes of that gig. It was my usual performance level, like I had gone on autopilot and couldn’t remember the rest of the evening, and I was getting worried because these blackouts had become more frequent in the past months during my DJ gigs. It was like I used DJing as an excuse to “go for it”.

The problem was that I loved it.

She carried on telling me about the night in question. More drinks arrived, and by midnight we were pretty much plastered and feeling it. I was popping whatever pills people gave me, and as midnight turned to dawn, and dawn turned to morning, we drove to a convenience store to buy litres of water, Red Bull, and menthol cigarettes, and got chased by the cashier because we honestly forgot to pay for it!

We crashed a birthday party and finished the booze of someone we didn’t know personally, except that he lived with a friend who I haven’t seen in years. Frankly, our shenanigans were more suited to a 21-year-old’s first evening as a legal drinking adult than the “late 30s responsible adults” that we supposedly were.

As my girlfriend continued to tell me what else had happened last night, I felt a ton of things wash over me: I was depressed that I’d messed up again, and guilty that I took her and some other friends along on a bender (and it really was one). It was then that I committed yet again to giving up the bottle. It was a common scenario: I’ve made the same promise many, many times, each one a failure.

But this time, it stuck. In fact, my current sobriety has been the longest period I’ve never had a drink since I was 15. I reckon it’s time to talk about it, as we all know that for many, DJing and partying go hand in hand.

Why I did it

I’m a performer, but here’s my problem – I’m very introverted and I’ve always been an anxious person. Ever since I was a kid, I’ve been nervous in front of a crowd no matter how small or big, and that’s tough when you’re a DJ, whether you’re in command of a small room or a massive festival with thousands of people that you’ve got to get dancing.

This is a lot of pressure on anyone, but more so to someone like me who isn’t really comfortable being in front of an expectant crowd.

So the way I’ve always coped with this was by having a drink – same as when I’d meet girls at parties when I was a kid, up until I was a DJ. I always play with at least a drink or two (or three) in me because it helps me loosen up, and that’s what alcohol’s good at anyway – I guess that’s why it’s a “social lubricant” and businessmen confess that a lot of deals aren’t made in seminar rooms but at the hotel bar.

The problem is when “one or two” drinks turn into three, and then four. In my case, at that point before I know it I’m downing shots in the middle of the dancefloor with a birthday celebrant in a unicorn onesie who keeps a stash of pills in her panties. That’s when it all goes downhill for me (and I’m not alone, I’m guessing), and the problem was that I was ever speeding into the biggest wreck of my life: in my quest to party as hard as possible behind the decks, I completely lost track of who I was and why I was a DJ in the first place – to share the music that I love.

How’d it get to this?

I started to believe wholeheartedly that I had to be really drunk or under the influence just to be able to DJ and perform as expected. I’d go to the venue early to get wasted, and I’m not talking about two bottles of Coors Light here: I’d have to get pretty smashed first before I went onstage, and the problem was the bigger the show was, the more I felt like I had to drink a lot to get rid of the jitters.

This was OK for the first few months (it was fun at the time) but as the years wore on and the shows got bigger, every Sunday became a hangover I’d be nursing all day, and weekend gigs turned into benders that stretched well into the workweek.

The bad part was that I could tell it was affecting my DJing – I’d randomly forget parts of a night, or I’d black out while I was performing and just fast forward to the morning after. Sometimes, I would mess up transitions because I was too drunk to care about smooth blends or proper mixing, and I’d even get into short fits of tense anger with others around me, which is totally unlike me as I rarely if ever get mad.

The worst part, however, was that I knew these things were happening but I didn’t do anything to correct this habit I’ve formed through the years of gigging. Most of the time, boozing and substances just affected my mixing and song judgement, which a crowd doesn’t really notice anyway, but at my worst I’ve got myself into really embarrassing situations: At the height of it all, there was one big show where I got on the mic and went “What’s up… uh…!” and completely froze because I had totally forgotten the name of the city I was DJing in.

For a split second, I didn’t know where I was or what I was there for. I had turned into this “rock star” caricature – the one saddled with recurring alcohol and substance abuse issues looking for the next party or high. Thinking about it right now, I want to go back in time and slap myself silly!

For most people there’s nothing wrong with having a drink, but when it becomes a crutch you lean on to enable you to do something that you love, you’ve got to have the self-awareness to know if it’s starting to destroy who you are.

I reached that threshold, and I know I could’ve gone on without stopping and I wouldn’t be dead just yet, but my career, my reputation, and myself would all slowly die every single time I got behind the decks, and I didn’t want it to get to that – I love DJing too much to throw it all away on booze and substance abuse.

I’ve gone sober since that morning peeling myself off my bedroom floor, and sobriety is challenging, especially in this line of work where we’re basically in charge of a party. I encourage you to assess your current relationship with alcohol and other substances to see if it’s affecting your DJing like it has affected mine, or if they place unnecessary stress in your work or relationships.

If you think you can’t DJ without getting smashed first, I implore you to think again, especially if you’ve felt shackled by this limiting belief for a long time. Try it out for a few gigs, and if you feel like you need help do seek professional counsel.

To quote Ice Cube (and not to trivialise this message), you’ve got to “check yourself before you wreck yourself” if you want to stay long in our industry.

What are your thoughts on drinks and drugs when it comes to DJing? How do you loosen up before a big gig? Have your friends or their friends had any similar experience with alcohol in your DJing career? We’d love to hear about them and your thoughts as well, so please share them below in the comments. No need to name names… 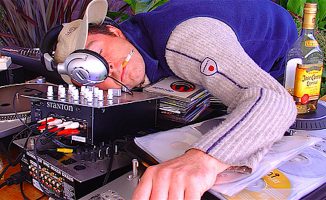 Over To You: Should DJs Party Harder Than Their Crowds? 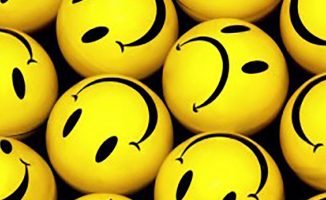 The 3 Big Assumptions That Nearly Destroyed My DJ Career 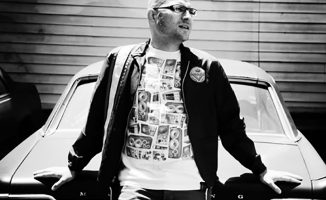