Denon DJ just launched Engine Prime, a brand new music library management software that lets you manage your songs, create playlists, and then export them from your computer to a USB stick for use with the new SC5000 Prime media player. Engine Prime also lets you create and save your user preferences on the same USB stick for loading onto an SC5000 Prime at the club. You can customise settings like screen brightness, sync settings, and even a DJ logo for the centre jog display, among others.

Engine Prime is not an update to the original Engine app – it’s a totally new piece of software built from the ground up specifically for the SC5000 Prime. It isn’t backwards compatible with older Denon DJ hardware units that use the previous Engine software, such as the Denon DJ MCX8000, for instance. As with the original Engine app, Engine Prime is able to read both your iTunes and Serato DJ music databases, allowing you to manage songs from both apps within the Engine Prime library interface.

Engine Prime plays the same role as Rekordbox does in the Pioneer DJ ecosystem – it’s a way for you to organise and export your music before getting behind the decks. Unlike Rekordbox though, which has the Rekordbox DJ add-on that lets you spin using your laptop hooked up to Pioneer DJ gear, Engine Prime is purely a music management app at the time of this writing.

The next club standard?

We like how things are hotting up at the pro DJ / top-tier media player front. Last year’s launch of the Pioneer DJ CDJ-2000NXS2 player and DJM-900NXS2 mixer saw a bump in spec for the club standards, but they remained pretty much the same.

The Denon DJ SC5000 Prime, on the other hand, brings more innovation to the table with a focus on features that controller DJs will be readily familiar with, such as eight performance pads assignable for hot cue, Slicer, Loop and Roll functions, and even dual-layer playback, meaning you can play two songs from a single SC5000 Prime deck. Even the companion X1800 Prime mixer has contemporary features that controller DJs will be right at home with, including a touchstrip for effects.

The success of Engine Prime will tie in closely with how well the SC5000 Prime and X1800 Prime mixer do with club and touring DJs. Will Denon DJ be the new king in the club DJ court? We’ll just have to wait and see. Ultimately, having more than one big player in the market competing for the crown means more innovation and more choice for us DJs – surely not a bad thing!

Watch out for our review of the Denon DJ SC5000 Prime, X1800 Prime, and Engine Prime coming very soon.

What do you think of Engine Prime? By challenging Pioneer DJ in the pro DJ / club market, do you think Denon DJ is headed in the right direction? Why do you think so? Share your thoughts below. 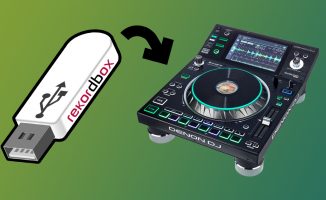