Welcome to our 12-part “Zero To Hero: How To Hustle for DJ/Producer Success” series where we show you how to thrive as a DJ and make a real go of a career in DJing.

In the first three articles, we’ll cover the foundations every DJ needs to lay before they can have any hope of succeeding. Through the rest of the series, we’ll focus on how to grow your fanbase by exploiting a whole host of platforms such as Facebook, YouTube, Instagram and so on.

So, to today – and the most important thing of all: If you want to “make it”, you’ve got to survive! And key to surviving is making enough money to pay the bills.

Without that money, you’re not going to stay the course. You may not be earning it doing exactly what you dream of doing as a DJ, but no matter – you need to do whatever it takes so that you can get up tomorrow and keep working on the good stuff, and the next day, and the next day.

And that requires cash.

The secret? Create multiple micro income streams that pull in cash from different sources. And while having them directly related to your DJing is best, as long as they are loosely related it’ll do – and even non-related ways of earning money can have synergies that’ll help your DJ careeer, as we’ll see.

In this first part of our 12-part “Zero To Hero: How To Hustle for DJ/Producer Success” series, we’ll give you seven ideas for creating those income streams…

1. Set up a Patreon page

One thing you can check out is a crowdfunding platform called Patreon – think of it as a subscription-based Kickstarter for content creators. The idea is to get your fans to pay for your work, kind of like how things were back in the day (Renaissance #throwback, anyone?): wealthy folk and royalty such as the Medici family would pay artists such as Michelangelo and Leonardo Da Vinci to create works of art. These folk became their “patrons”, funding the creative life of the artists.

Of course, you’ll need something that people would be willing to pay for on a monthly basis – a weekly podcast, exclusive remixes of songs that you have rights to, stems of your production, and so on.

The way you do it is you create a Patreon page, set prices and incentives (“rewards” in Patreon lingo), and then get people to visit it and become your patrons who pay you on a monthly basis, similar to a subscription. It’s a cool and contemporary way to earn a monthly wage to pay for your living expenses while putting out music that people love.

Another thing you can do is to set up a “tip jar” on your Facebook Page. This can come in the form of a PayPal or VenMo account where fans can donate cash in order to support you, or tip jar apps that you can add-on to your YouTube or Twitch live streams.

It’s like busking 24/7 in a virtual city that never sleeps with hundreds of millions of people passing through every second (minus the mugging and subway odours).

Playlisting and curating music on streaming sites has become a thing in the past few years, with thousands of artists being discovered and launching careers on Spotify and Apple Music courtesy of playlists that have huge followings.

Since you love music to begin with (that’s why you’re a DJ after all, isn’t it?) an awesome way to make cash would be to get serious about creating and updating playlists. These aren’t a handful of tunes hastily thrown together for your Aunt Ida’s bachelorette party – properly curated playlists take time and effort to put together, and have a visual brand and musical identity all their own.

You can then share these on your social media pages and encourage people to support you by sharing the playlists and by donating to your tip jars or Patreon page (this is why these mechanisms are so important). You can also offer to craft playlists for brands, events, weddings and even friends and family (Aunt Ida may be loaded). I used to make playlists for restaurants back in the day, and it was a good source of passive income doing something I loved.

We’ve got an entire series on getting DJ gigs, and gigging out is a huge chunk of the career DJ’s meat and potatoes. However, you’re not going to be able to play in big clubs just yet if you’re just starting out or if you don’t have a following.

Don’t be disheartened – there are tons of venues that need music including bars, pubs and restaurants, and you can even perform in clothing stores, coffee shops, co-working spaces and barber shops (yes, I’ve done this a few of times). Another idea is to organise small events in friends or fans’ houses where you take along your gear and they pool money for food, drinks and your fees. It’s a cool and increasingly popular way to put on a show.

Promoting / putting on your own events also counts. Even if the bar is just paying you with taxi fare and free drinks but you get access to its clients who are people who can help you in job, that still matters. It’s worth bearing in mind that “income” doesn’t always have to mean “money” – working “in kind” through contra deals also count:

For example, our founder Phil used to proofread a local listing magazine, in return for which the magazine gave him free ad space which he used to promote his club night. A win/win.

5. Have a day job that allows for DJ/producing at night

I was stuck in a desk job for a good three years when I was fresh out of college. It was dull, but the good news was that it ended at 5pm right on the dot, which meant my evenings were always free for music-related endeavours. I’d DJ in the evenings, get slightly hammered, and then crawl to my desk the next day – in hindsight, I would’ve been able to stay longer at my job if I just dialled down the drinking, but that’s another story entirely.

Whatever, the point here is that it’s possible to juggle a day job with DJing, long as your day job gives you enough elbow room (and recovery time) for gigging.

You may want to consider getting work in a music-related field so that it at least ties in with your DJing: I met a few professional, gigging DJs in London who spin at night and work at record stores in Soho during the day, for instance.

Though working in a record shop used to be a DJ’s dream job, there are of course fewer record stores today, so you’ve got to be a bit more creative: Consider working in adjacent industries such as graphic design, coding, social media marketing, or any space that puts you in contact with likeminded people (and which also gives you skills that you can transfer to your DJing career, for coding your website, designing your flyers, doing your own promotion, and so on).

You’ll also want to look for people in your day job who have a surprising secret. For instance, our founder Phil met our now senior manager Steve while they were working in a completely unconnected industry; Phil found out that Steve had mixed compilations for Ministry Of Sound, they hit it off – and the rest is history.

If you’re keen on putting out content on social media such as vlogs, you can further monetise by adding Amazon Associate affiliate links to your posts and videos. For example, YouTubers do this by creating affiliate links to the gear they used and adding them to the description box at the bottom of the video. If someone clicks on the link and buys the item, you earn a commission from the sale.

DJing is an art. If you want to make a sustainable living out of DJing, you need to bring a business sense to it – this lets you cover your costs of living, which then means you can focus more on DJing instead of worrying where next month’s rent will come from. Having multiple micro income streams gives you the financial freedom to be creative: making money lets you make more art. This is how you survive, and later on thrive, as DJ/producer.

In the past, I survived on a year of non-employment by gigging three times a week, producing music, playing private parties, putting on my own shows and creating playlists for brand events. They’re all great ways to get your name out there while keeping your skills sharp, and of course keeping the lights on in your flat.

The trick is to begin creating multiple income streams and to guard them by doing a solid job of them. That way, even if one of those streams runs dry, you’ve still got others to rely on to pay your monthly nut.

So today we looked at a hard fact: No money, no career. You’re dreaming if you don’t get the financials straight, by doing whatever it takes. but once you’ve done that and bought yourself the time to start planning a bit more strategically, what happens next?

There are in fact two more elements you need to put into place as the foundation of any career in DJing – and we’ll look at the first of those in next week’s article.

Zero To Hero, Part 2: How To Get Noticed Online As A DJ/Producer 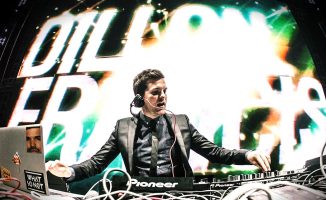