But maybe you’d be surprised to know then that there’s an entire world out there of other DJ apps that have unique, powerful features and quirks of their own. So whether you’re feeling adventurous and want to tread “off the beaten path” or if you feel like you’re stuck in a creative rut and you’d like to experiment with some alternative DJ apps, check out the apps in this roundup – the good news is all of them are free to try… 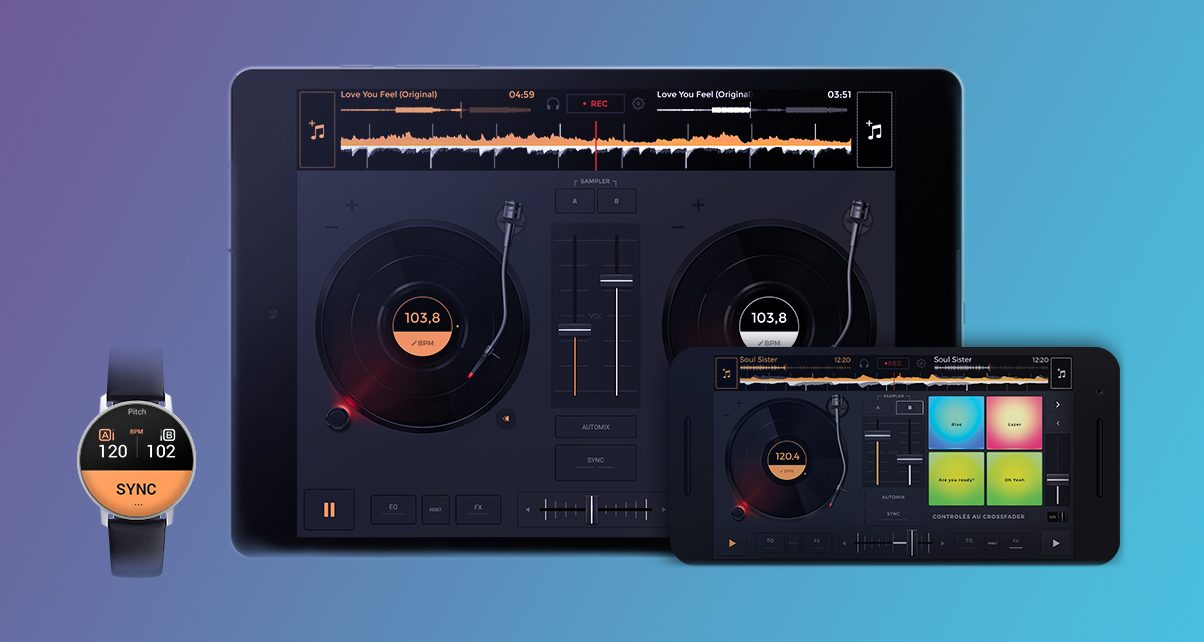 edjing Mix is a DJ app for iOS and Android that’s compatible with Mixware’s Mixfader portable Bluetooth crossfader. That means you can scratch with the edjing Mix app running on your smart device and cut with the Mixfader crossfader wherever you are. edjing Mix has an interface that looks similar to djay Pro, and it’s got onboard touch effects, performance pads, a sampler, and manual beatmixing too. An added plus is it lets you spin with music found on SoundCloud and Deezer.

Pros: Simple and fun to use especially when combined with the Mixfader crossfader, music streaming integration means you can access millions of songs long as you’re online 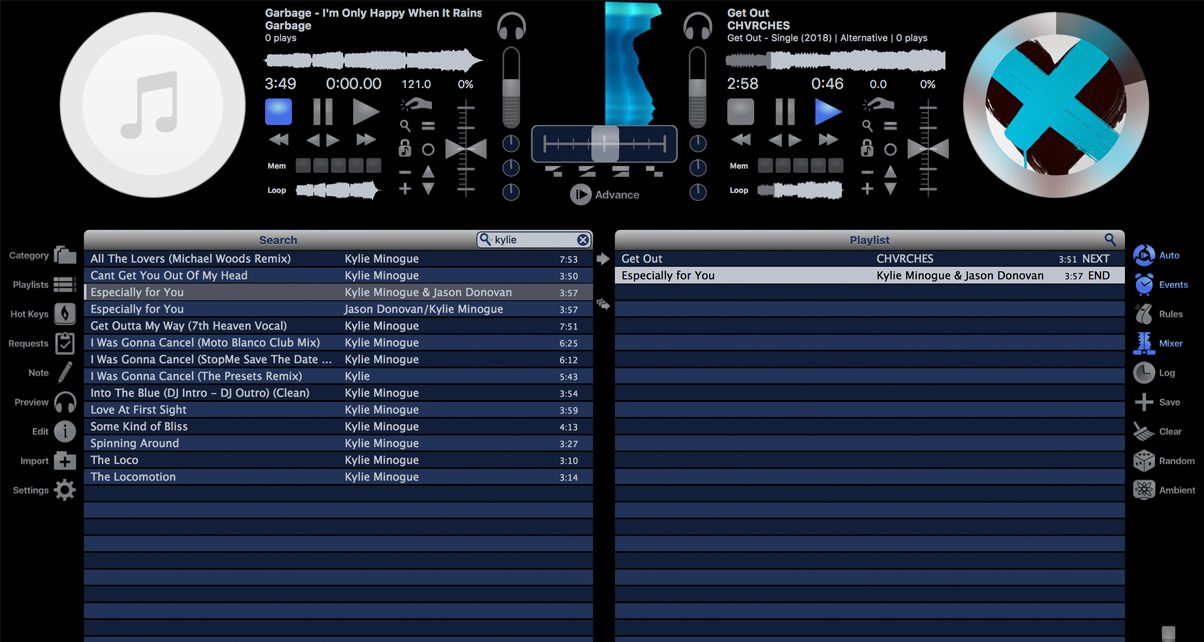 MegaSeg is what you get at the intersection of DJing and broadcasting. It primarily services radio DJs and the hospitality / restaurant space. The interface is a bit dated, but it’s got some serious playlisting and programming power under the hood: it lets you schedule songs, do automated segues, and play voiceovers kind of like what you’d do if you were working at a radio station. Of course, it’s also got more traditional digital DJ features such as video playback, a sampler, onboard effects and manual beatmixing. If you’ve always dreamed of starting and running your own internet radio show, it’s a great way to get a feel for what programming a show might be like.

Cons: Outdated and clunky graphic interface throws you back to the year 2000, only works with a handful of controllers 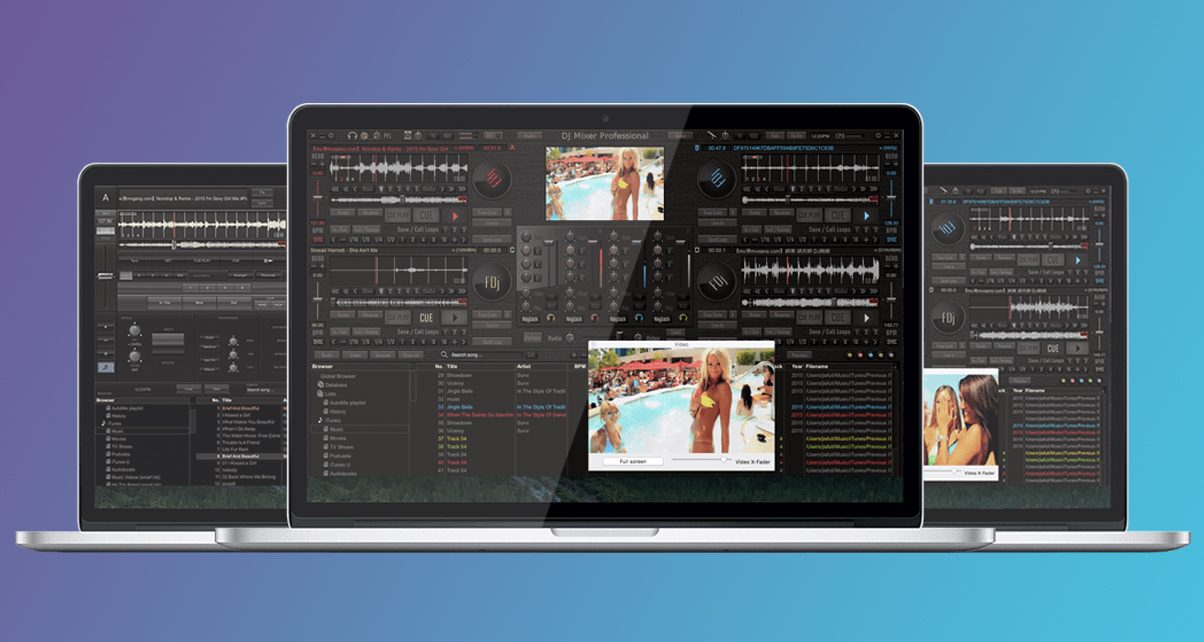 This Mac-only DJ app has a contemporary interface and feature set that reminds us of Virtual DJ: it’s got four decks, tempo and harmonic mixing, Midi Learn functionality for customising your controls, Automix, video and karaoke mixing, DVS support… the list goes on. At first blush it does look like a Virtual DJ 8 skin (which isn’t entirely a bad thing) though the cramped / busy interface that seems to merge with the monochromatic waveforms can be confusing. It all makes it look too garish or drab, and makes it harder to understand what’s happening in a track’s waveforms.

Cons: Interface can get a bit cluttered with all the bells and whistles present, looks like a Virtual DJ 8 skin instead of an entirely new piece of DJ software 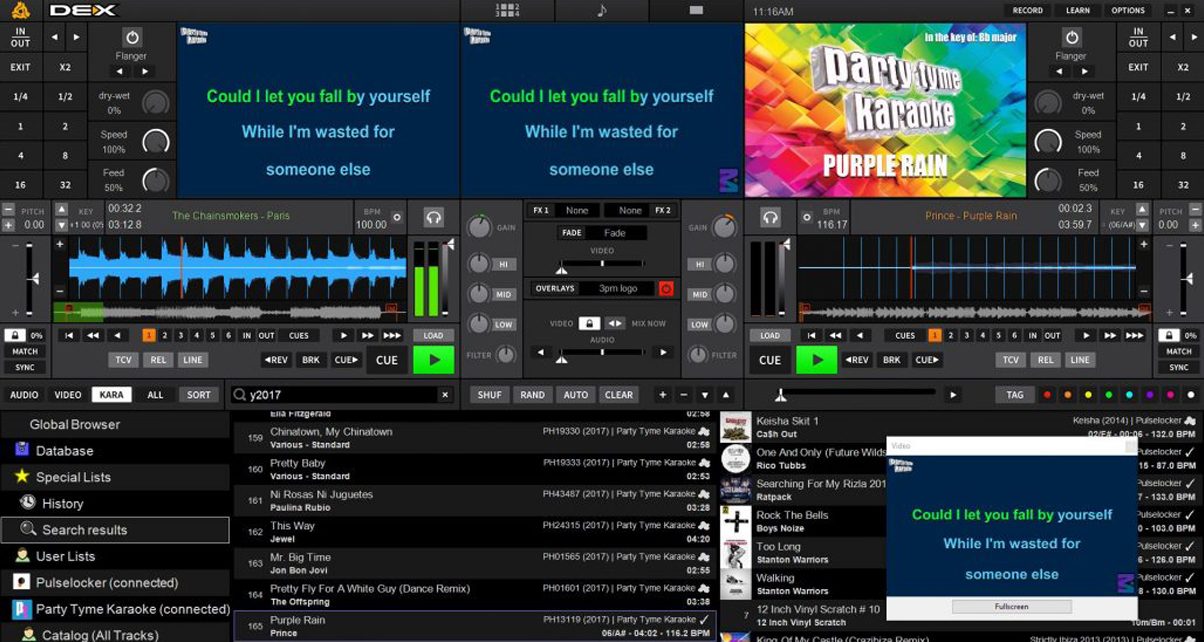 PCDJ is one of the oldest DJ apps out there, with the first version of the software being launched back in 1999. It was a trailblazer at the time when apps like Traktor, Serato DJ and Virtual DJ either didn’t exist yet or were in diapers, and it was one of the more popular computer DJing apps in the early 2000s. Today, PCDJ is still alive and kicking and still proves to be a features pioneer – it was one of the first to integrate the now-defunct Pulselocker streaming service, and also one of the first to add automated lighting functionality which is only recently making its way to mainstream DJ apps.

Pros: Karaoke-focused “Party Tyme” streaming subscription service can be used even without an internet connection, compatible with over 90 hardware DJ controllers

Cons: Nothing to massively differentiate it from other DJ apps, the decks look similar to what you’d find in Traktor (though a bit busier)

These apps probably aren’t going to replace your preferred DJ app, but it’s a good idea to break out of your DJ software of choice once in a while to see what else is out there. If you’ve already tried out the big four apps, then these “other four” should be on your shortlist, if only so you could look at your choice DJ app with fresh eyes and learn a thing or two. As mentioned, all the apps are free to try, so the only thing you’re really spending is time and a bit of hard drive space – what have you got to lose?

What other DJ apps should be on this list? Have you tried any of these? What’s your experience been? Let us know below. 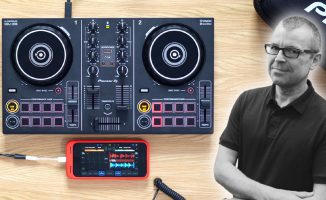