Pioneer DJ has just announced the XDJ-XZ, a new flagship standalone controller, which many are seeing as its response to the Denon DJ Prime 4. Many DJs already invested in the Rekordbox ecosystem held off on purchasing the Prime 4 in hopes that Pioneer DJ would follow suit and release a four-channel standalone unit of its own.

So now that The XDJ-XZ has been announced, DJs around the world are beginning to ask: How does it stack up against the Prime 4? What do they have in common? What features separate one standalone unit from the other? And most importantly, which four-channel standalone unit would be best for me?

Both the Pioneer DJ XDJ-XZ and Denon DJ Prime 4 have the kind of build quality a DJ would expect from a flagship piece of gear. The Prime 4 has a mostly metal build while the XDJ-XZ features a more plastic build, similar to Pioneer DJ’s club-standard Nexus 2 setup. While the metal build of the Prime 4 is a sure sign of durability, the type of plastic that Pioneer DJ has been using on its higher-end hardware has proven to be very durable.

The size of the XDJ-XZ and Prime 4 are both larger than the majority of the DJ controllers on the market. This may be positive or negative depending on what you are looking for in a piece of hardware. If you are a mobile DJ that is looking for a piece of gear that will instantly give a professional look the larger size of these units is a plus. If you are looking for a smaller and lighter piece of gear for easier travel, the size and weight of the XDJ-XZ or Prime 4 might not be appealing – especially the XDJ-XZ which is truly huge.

The XDJ-XZ and Prime 4 have the same number of outputs but they are set up differently on each unit. The XDJ-XZ has the master output on both XLR and RCA, booth output on 1/4 jacks, and a send output on 1/4 jacks. The Prime 4 has its master outputs on XLR and RCA like the XDJ-XZ, but instead of 1/4 jacks the booth output is on XLR, finally the Prime 4 does not have a sends output but instead has a zone output which is especially helpful for mobile DJs.

The zone output on the Prime 4 is especially interesting as it is not a common feature on most DJ hardware. It allows the DJ to send specific channels of audio to a completely separate output. This means you could be mixing using channels one and two like normal in one room using the master output then sending something like a tablet running Spotify on channel three to a completely separate room using the zone output.

Large touchscreen displays can be found above the mixer section on both the XDJ-XZ and the Prime 4. The size and technology behind the two displays are completely different and affect the user experience of each unit.

The touchscreen on the XDJ-XZ is the same older technology found on Pioneer DJ products as far back as 2015. While the touch functionality does work on this older Pioneer tech, it feels dated. This is due to the fact it doesn’t support any type of multitouch or gestures like we are used to using on our smartphones.

The touchscreen on the Prime 4 is a completely different story. The first difference you will notice is its large size. The screen is the size of a tablet, which is a great thing when so much information is displayed on the screen. It also uses more modern touchscreen technology that anyone familiar with using a smartphone will feel comfortable using. The Prime 4 touchscreen allows for gestures like swiping which makes the touchscreen feel like an integral part of the user experience, unlike the touchscreen on the XDJ-XZ which feels like an addition to the unit, not a necessity.

The big draw for both of these pieces of hardware is their standalone functionality. Both units can be used to play your digital files without the need of a computer. Both companies have had standalone units in the past, but this is Denon DJ’s first unit that can play standalone on four channels and Pioneer DJ’s first standalone unit with a four-channel mixer.

Many Pioneer fans have been waiting for a four-channel standalone Rekordbox DJ unit since the release of the Prime 4. While it is exciting that Pioneer did release a standalone unit with a four-channel mixer, unfortunately, this unit only allows for two-channels to be used in standalone mode. The XDJ-XZ only supports the use of USB flash drives or external hard drive to play your tracks, like Pioneer DJ’s previous standalone hardware. The standalone experience on the XDJ-XZ is very similar to the XDJ-RX2 which is also two channels.

The XDJ-XZ will also support Serato DJ Pro. Although we do not have exact details at the time of writing this article as to how this will look, we’ll find out in January 2020. If we were to guess, with how many products Pioneer and Serato have developed together in the past, the XDJ-XZ will have great integration with Serato DJ Pro.

Along with support for Serato DJ Pro, the XDJ-XZ also supports Pioneer’s own Rekordbox software. In Rekordbox DJ control mode the XDJ-XZ will function a lot like Pioneer DJ’s previous standalone units like the XDJ-RX2. What’s different about the XDJ-XZ is that it allows for Rekordbox to be used in two different modes.

Unlike the previous standalone units that only allow for Rekordbox to be used in Performance mode (Rekordbox DJ), the XDJ-XZ also allows for Rekordbox to be used in what’s called Export mode. With the Rekordbox software opened Export mode the XDJ-XZ treats a computer connected via USB or ethernet more like an external hard drive than a computer running a full DJ software. It allows DJs to not only load songs from playlists directly from the Rekordbox software on the computer, more importantly, it provides a tactile keyboard that can help with searching through a large library.

The XDJ-XZ jogwheel display has a second mode that shows useful information exactly like the jogwheel displays on the DDJ-1000. In this mode, you can see the waveform, cue points, BPM, tempo range, and time. While it is nice to have this information on the jogwheel, because this same information can be seen on the centre display on a larger and easier to read screen, it’s a bit redundant.

Another difference between the jogwheels on these two units is that the XDJ-XZ jogwheel is mechanical while the Prime 4 has a capacitive jogwheel. The mechanical XDJ-XZ jogwheel is the same as what you would find on the club-standard, and much more expensive, CDJ-2000 Nexus 2. So if you are looking for jogwheels that mimic what you may find in many of the larger clubs in the world, the XDJ-XZ delivers at a fraction of the price. If you are more comfortable using the type of jogwheels found on the majority of modern controllers the Prime 4 may be the way you want to go.

Both the XDJ-XZ and Prime 4 have multiple effects engines that can be used together. Both units have channel effects, called Sound Color effects on the XDJ-XZ sweep effects on the Prime 4. These effects are taken from their club mixer counterparts, the Pioneer DJ DJM-900 Nexus 2 and Denon DJ X1800 Prime.

The beat effects on the XDJ-XZ function like they do on the DJM-900 Nexus 2 as well. You are able to select one beat effect at a time and apply it to selected channels on the unit. The beat effects also include a frequency isolator which allows for things like removing the low end for effects like echo or reverb which can help make them sound better. This means the XDJ-XZ can have up to two effects applied at the same time.

The Prime 4 handles beat effects more like a DJ controller than a mixer. Above each of the jogwheels you will find effects controls like many modern DJ controllers. Each of these effects sections can have up to three effects chained. So at any time a DJ can have up to seven effects applied to a single source at the same time. It may sound like overkill, but the extra flexibility is appreciated.

Denon DJ introduced the first modern four-channel standalone hardware, and in some regards, the world is still waiting for Pioneer DJs response. While the XDJ-XZ has four channels it still lacks four-channel standalone control. The XDJ-XZ makes up for this by providing more flexibility as a DJ controller with native support for both Serato DJ Pro and Rekordbox DJ.

If you are looking to mix with more than two decks and want to do it without the need of a computer, the choice between the two is clearly the Prime 4. If you have already invested the time into the Rekordbox ecosystem and want something that will work without the need for converting any files, the XDJ-XZ is Pioneer DJs latest top of the line unit. Both pieces of gear are great and it really breaks down to which features are more important to you.

Which of these two standalone units would you want to use? Why? Let us know in the comments. 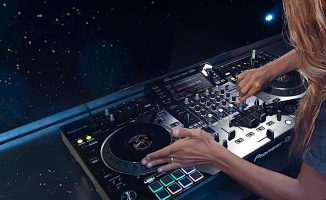 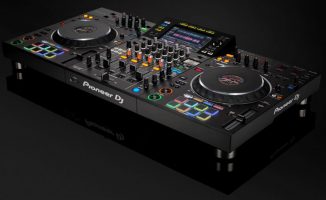 Pioneer DJ XDJ-XZ: 7 Things You Need To Know Before Buying 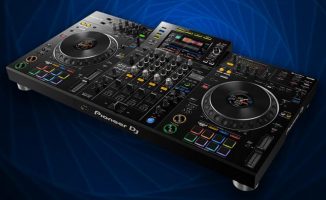 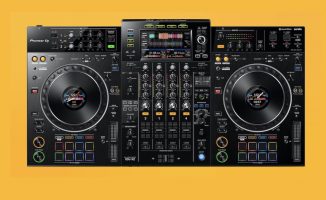