Watch our Hands-On review of this mixer below…

Rane just unveiled the Seventy mixer, a two-channel battle mixer meant for use with Serato DJ and the Rane Twelve motorised controller – complete with a must-see performance video from Craze rocking a pair of turntables.

The mixer looks similar to the Seventy-Two released back in 2018, but this time without the onboard hi-res display that shows Serato DJ’s waveforms and other info. It’s also got a simpler control layout on the face of the unit while still retaining most of the crucial performance controls that scratch DJs have come to love on the Seventy-Two such as the FX paddles and performance pads.

Read on for full info on the mixer, a link to that Craze video, and our hands-on review video of the unit.

More about the mixer

The Rane Seventy has three of the company’s new, improved Mag Four faders onboard (two volume and one crossfader) with three-band EQs, level knobs, filter knobs, and source knobs on both channels. There are also browse and load controls on the upper left and upper right of the unit, plus a Mic 1 section, and master and booth output knobs.

There are eight performance pads per channel, with five pad modes each: Hot Cue, Saved Loop, Roll, Sampler, and Transport (which lets you use the pads to play back Serato’s decks). Above them are parameter adjust buttons, along with auto and manual looping controls.

The mixer has an effects section at the centre of the unit: There are FX buttons that trigger either the internal effects (Echo, Reverb, Brake, Flanger, Phaser, and Delay) or Serato’s effects, which can be layered. Effects can be tweaked using the Depth, Time, and Beat knob/joystick. There are also two FX paddles that trigger your chosen effect: push it down for a momentary trigger of the effect, or push it up to switch the effect on and keep it that way until you return it to its default position. Two wet/dry controls give wider flexibility for per-channel FX use.

The front has a new “tension adjust” knob for the faders, plus contour controls for all three faders, reverse / hamster switches, 1/4″ and 1/8″ headphone jacks, a split cue switch, and a mic 2 section that has level and tone knobs, plus a mic 1 echo knob.

The Rane Seventy-Two released in 2018 made a splash because it’s a powerful mixer with a contemporary feature set. It rivalled the Pioneer DJ DJM-S9 (a favourite of scratch DJs) and added a hi-res touchscreen display for viewing waveforms and manipulating effects. It was also pricey, coming in at US$1899 (though a bit cheaper still than the DJM-S9), which put it out of reach for a lot of DJs.

Enter the Rane Seventy: at US$1499 it’s still on the expensive side, though certainly more affordable, especially if you don’t want or need an onboard display in a mixer. As mentioned, it retains most of what makes the Seventy-Two a battle behemoth when paired with Rane Twelves or turntables. It’s sort of the “spiritual successor” to the Rane Sixty-Two, and will give potential DJM-S9 buyers a lot to think about. 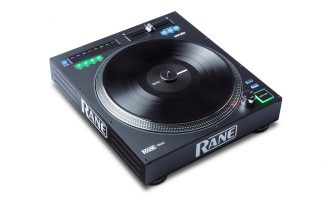 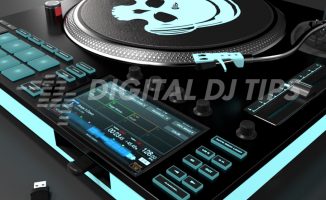