There are lots of DJ gigs that we may consider “difficult”, for an equally large number of reasons. For instance:

But one of the big questions we hear DJs ask along these lines pretty frequently at our school is a very specific one: “How do I play to an older crowd?”

Now of course, “older” is relative. To some DJs, playing to 35 to 40-year-old people may feel like an “older crowd”, but that won’t be so if you’re 35 to 40 yourself. Assuming the crowd are “your people” (your town, your musical heritage), you’ll likely know instinctively what to do. For you, 55-60 may constitute an “older crowd”.

Rock ANY crowd with our training: The Complete DJ Course

But whether you’re playing a mobile gig where you know a percentage of the attendees are definitely going to be a generation (or two) above you, or you’ve been booked to play an event where you know the average age is considerably older than you, the question is, how best to approach the gig?

In this article, I’ll give you some solid rules, as well as some more general tips and guidelines, to help you make sure your event is a success.

How To Play To Older Crowds

1. Ask ahead of time

You will have to listen carefully to what they tell you, and do some thinking around what they say – after all, chances are any given client isn’t as big a music fan as you are and won’t have the words to explain exactly what they’d like, so be prepared to “read between the lines”.

And if they really don’t know, that’s up to you to judge. (They may say anything to answer your question, so as not to seem stupid in front of you – but “I love Led Zep” is probably not going to help you here!)

But often, simply asking will give you a great pointer as to what’s expected, and it’d be daft not to get this information upfront.

Always ask for example tracks, so you’re not having to work with “oh you know, stuff we can dance to!” – and it may be worth asking the type of music they DON’T want, too.

This is the big one. Make an estimation of the average age of the crowd. Say you’re DJing a 50th birthday party. Your job is to figure out the year they were 18 (which will be 32 years ago). If you’re reading this in 2021, that would mean they were 18 in 1989. This will be when they were first going to clubs and dancing themselves.

So now your job is to figure out what records they were dancing to back then, and for the five to ten years following that – their “going out” phase. In this case, if you can make sure your playlist for the event has roughly the biggest hits and dance records of the 1990s in it, you won’t go far wrong with that demographic.

A quick Google search for decade top 10s, or a few minutes on Spotify finding similar playlists, and you’ll be in the right place to uncover these hits.

Do you have a mainstream, adult-oriented radio station where you live? Have you noticed how they play big hits from say the past two or three decades, but that they also play some hits from today? One question is, how do they choose what hits to play from more recent times?

These stations realise that their audiences – which roughly equate to an “older crowd” – aren’t totally out of touch musically, but that they also don’t have time to keep up with every twist and turn of popular culture.

This is how they pick what modern tracks to play:

So you should do the same. Yes, you absolutely should also programme tracks that were released after the “golden five-to-ten years” for your audience, but make sure they’re the crossover tracks, and not super-new. Think “biggest hits of the year” or “biggest hits of the last decade”, not “current top ten”.

Tuning in to those stations on Friday and Saturday early evenings, when they tend to have their more “going out”-oriented shows, isn’t a bad idea, either, to get specific track ideas.

Don’t be scared of this type of gig. If you do the research as outlined here, you won’t flop. As with all gigs, it pays to play a “bit of everything” early on (we call this the “dartboard” approach), keeping a close eye on what seems to go down the best, to give you clues as to what to play more of later on.

Also (and I’m generalising, of course) older crowds don’t tend to have the energy of the generation or generations below them, so pummelling them with ever-increasing BPMs and volume in an attempt to get them to dance won’t work.

Instead, take it steady, “rotate” the music (to give everyone a chance to have a break when you’re playing a few tracks in a genre they don’t like so much), and don’t be scared to drop the tempo to reignite your floor – it’s often the change in tempo and energy that gets people interested again as much as anything.

Good luck – and let us know your thoughts in the comments! 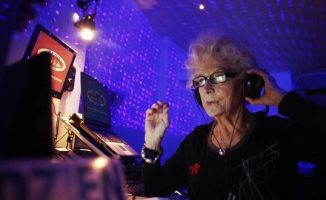 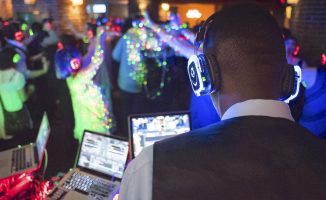 Confessions Of A Silent Disco DJ

8 Reasons Why Mixing Is Important For DJs