Something curious has happened over the past few years – the DJ mixtape has lost pretty much all of its currency as a tool for DJs to get gigs with. (And by “mixtape” I mean, of course, any kind of DJ mix, be it on CD, SoundCloud, podcast or – gasp – even on tape.) Even when they do seem to work, and a promoter says “yeah, I’ve listened to your mix, I’ll give you a go”, believe me, 9 times out of 10 he hasn’t. Instead, he’s checked your Facebook following, or booked you because of your drive and professionalism, not your music.

Meanwhile, a newer breed of DJs are propelling themselves from zero to hero, and fast, on the back of mash-ups. Since the mash-up scene exploded globally in 2003 with 2 Many DJs leading the charge, artists have increasingly got DJ bookings on the back of viral mash-ups, produced quickly on computers. (For the sake of this article we’ll include “unofficial remixes” in with mash-ups, too.)

And with mixtapes losing their currency so rapidly, now mash-ups – which at their most simple are the vocal of one song over the instrumental track of another, but which of course can be much more than that – are actually starting to look like as viable way of getting noticed as a DJ as producing mixtapes once was. Now we’re not saying you should do anything different at all once you get the gig. You’re a DJ, and your DJ sets don’t have to change one bit because of this. But to actually get your foot in the door? Mash-ups are a smart way to go. Get an internet following and you’ll get noticed, and this is one fast way of doing just that.

Don’t believe it? Consider these arguments:

1. Anyone can beatmatch nowadays

The old advice used to be “make a great mixtape, then spread it around”. When Sasha and John Digweed released the first commercially available mixtape, Renaissance: the Mix Collection, back in 1994, it became an instant classic and propelled their careers globally. But behind them were thousands of DJs who were just glad they could hold mixes together – and they were getting booked on the back of tightly mixed tapes, even though they were mainly just mixing outro beats into intro beats, which is musically, of course, one of the most boring things you can do.

Mash-ups, on the other hand, demonstrate musical and technical skill. You can’t hit “sync” and produce a good mash-up. They can separate the men from the boys in an age when the mixtape no longer can.

All of these skills mean that any DJ set of any length loses some of its magic when recorded, or worse, when produced without a real audience there at all. Half the reason for doing it is absent, either when recording (in the first case), or when listening (in the second). When you got carried away listening to a DJ mix, what do you do? You close your eyes and imagine yourself in a club.

The only “produced” mixes that ever really worked were mainly by people who tellingly also produced much of the music on the mixes themselves, or at least remixed or re-edited it to fit the mix. They were, effectively, making mixes using their own mash-ups all along.

I’ll put my hands up here and say I know this because that used to be me. I used to receive sometimes 20 mixtapes a week when I promoted a successful club. I was also a resident DJ, and there’s just no way I could listen to all of those tapes.

Plus, I was well aware of point 2 above – that I wasn’t actually hearing a representation of the skill that really matters in DJing, the “programming music in front of a crowd” skill.

Instead, the mixtapes that stood out were those where the mixing was fast, musical (ie lots of acappellas, basslines under different vocals etc) and often outright mash-ups – Cassette Jam spring to mind. The kind of tapes where mixing and musical skill shone through from the first 30 seconds. Mash-ups, in other words. By the time John Steventon released his book DJing For Dummies

in 2006, he was already advising DJs to make a “transition only” version of their mixes:

“As some club promoters may only care about how you mix from tune to tune, and can get enough of a sense of how you’ve programmed your set by only listening to the highlights, or maybe just don’t care, you can help your cause by including a series of audio tracks that just contain the 30 seconds (approximately) of time spent mixing from one tune to another,” he wrote.

If promoters, managers and club owners don’t have time to listen to a mix, and instead just want to hear the transitions anyway, isn’t the next logical step from doing a “transitions mix” to simply to produce a good mash-up? It might actually get listened to… especially if it has hundreds of thousands of listens on YouTube, which the venue manager notices.

A good mash-up can change your life. Ask DJ Earworm, whose United State of Pop series propelled him from struggling musician to global DJ literally overnight:

“When my 2009 United State of Pop mash-up went viral, via YouTube and Facebook, I literally filled my DJing diary immediately. It was insane – I took just 24 hours to go from nobody to someone everyone wanted to book to play their parties.” he told me.

Posting a mash-up on YouTube that then gets shared across Facebook gives DJs with the musical and technical ability to make them a fast route into international DJing success – Earworm has proved that, but he’s only one of many.

This route is simply not available to mixtape producers. While they can share mixes online, I don’t know of any example where a full-length mixtape has “gone viral” in this way. Armed with a viral mash-up and a name on everyone’s lips because of it, you’re far more likely to be able to get DJing gigs – and to get people coming to them.

5. DJ mixtapes have lost their cool

Now don’t scream “that’s not true!” at me – I know in some places, in some scenes, mixtapes are still legal tender. But overall, globally, they’ve long-since lost their shine. They were hammered into the ground by computer-mixed commercial CDs full of tunes that nobody really loved, nobody wanted to put on one CD and that only sold (for a while) because of the marketing budgets put behind them by major labels and long-irrelevant superclub brands.

(I have a friend who used to mix such CDs throughout the 90s for a nameless major label, who remembers it as one of the most artificial, soulless things he did in his music career.)

“Now, everyone’s a crate digger and everyone has the capability to incorporate a mix at one BPM or find a bunch of obscurities from the Internet,” wrote Ari Stein in a recent Electronic Beats Online article.

“There have been no real genre innovations since Richie Hawtin used 100 tracks and 300 loops to create his 53-minute ‘Closer to the Edit’ mix in 2001 or since 2 Many DJs started their bootleg series around 2003.”

So if anyone can make a mixtape nowadays, and they’re seen as a throwaway, bankrupt medium, unless yours is truly exceptional, it just isn’t going to stand out from the crowd enough to do you any real favours.

Maybe that explains why for every mixtape we get sent on Twitter or by email here at Digital DJ Tips from our readers, we get at least two or three mash-ups.

There’s still a place for mixtapes…

Of course, there’s still room for mixtapes. It’s vitally important for DJs to record their own mixes, to take the time to make disciplined mixtapes – and they can still gain gigs and get a lot of pleasure from them. Even more importantly, it’s still a fantastic idea to record your live sets – that’s where the real skills are.

And because a few good clubs still use mixtapes to showcase their sound (I’m thinking of Fabric is particular here), and a handful of labels allow DJs to produce mixtapes with real skill and flair (!K7’s DJ Kicks series springs to mind), mixtapes still have place. But remember, the best mixes from these sources are highly produced things – a far cry from the old-fashioned DJ promo mix.

So while there’s still room for mixtapes, I think they’re no longer really much use for getting gigs – indeed, they haven’t been for a while now.

Instead, smart new DJs have realised that the best way to get gigs is to produce your own music, get a radio following, or to promote your own club night (in order to DJ as resident).

To that list, we can now add making a killer mash-up.

• Our full interview with DJ Earworm will appear on Digital DJ Tips soon.

What do you think the best way to get decent gigs as a DJ is? Have you had success getting booked through mash-ups? Have you used any of the other methods we mentioned above to get booked? Would you like to make mash-ups but don’t know where to start? Let us know your thoughts in the comments. 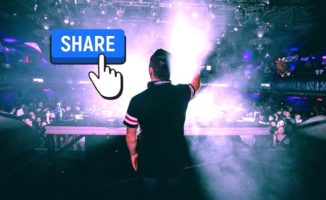 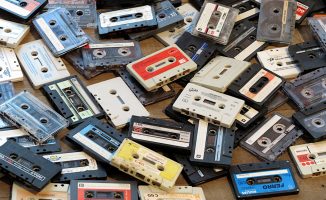 The 2 Big Reasons Why Your Mixtapes Aren't Getting You Gigs 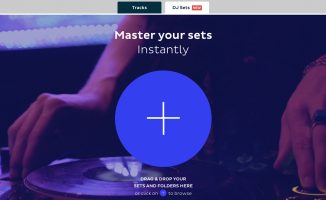 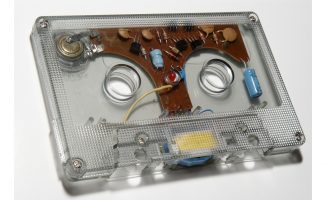 The Definitive Guide To Making a Mixtape - Part 5