To be announced for the NAMM show, the Numark NS6 (release date June 1 2011) is a 4-channel digital DJ controller with a feature set that stands it apart from the other two – and at its US$999

price, it could be a game-changer.

Digital DJ Tips has managed to obtain both a basic spec and this first photograph of the unit; Numark’s January email newsletter will confirm the following:

From the picture we’ve obtained, the controller looks like it has similar jogwheels to the Mixtrack and Mixtrack Pro (a good thing, the jogwheels on both of those models are excellent); the same build quality overall as the NS7, N7 and X5/X7 products (ie completely pro); long-throw pitch controls; 6 cue points per deck (underneath the jogwheels); and strip search for quickly scrubbing through loaded tracks.

Plainly meant to fit in as a smaller, cheaper (and ultimately more flexible) model to the class-of-its-own Serato ITCH controller the NS7, the NS6 looks to be right up there with the other two controllers mentioned.

Will on-board effects change the game?
However, whereas the Denon DN-MC6000 can also act as a standalone mixer, the fact that the NS6 looks like it has on-board hardware effects – like top-end mixers from the likes of Pioneer and Allen & Heath, for instance – differentiates it from both the Denon and the Native Instruments offerings.

It already looks like a fantastic device. We’ll no doubt hear more about it on its official announcement, but we already want one! Will be good to see the overall quality and spec, though (especially that of the jogwheels), and also what software it comes mapped to. More when we get it.

Are you looking to buy a Numark NS6? Do you think a 4-channel software/hardware mixer with onboard effects will prove to be Numark’s game-changer? Do YOU want one already? Can you make out any more features from the photo? Let us know your thoughts in the comments… 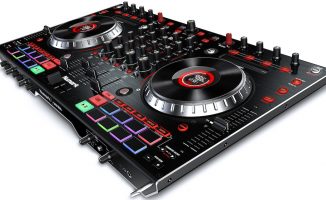 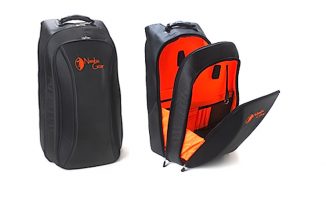 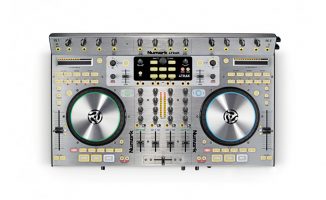