A question new DJs often ask is: How do I connect everything together? There’s a confusing array of plugs and cables to deal with in a typical set-up, and many DJs don’t know where to start.

Get it wrong, though, and at best you’re going to embarrass yourself in front of other DJs or club owners, at worst you’re going to make everything sound awful. So if you’re in any way confused by cables, let’s sort that out for you right now.

To start with I want to clarify the difference between balanced and unbalanced audio, because that has an effect on everything I’m going to talk about later on. Try to stay with me, it’ll be worth it! Unbalanced audio is what most home and personal music devices use, such as the iPod. In order to carry audio along a cable, an unbalanced mono signal requires two wires; one carrying the audio and one to act as a ground. Mono is what we call a single audio signal, and two monos (for left and right) make a full stereo signal.

In many domestic applications, two of these mono wires are carried in one cable to make an unbalanced stereo signal. In this case the two sides of the stereo signal can share a ground connection, so an unbalanced stereo signal requires at least three connections. Thus, if you look at a standard 3.5mm headphone plug, you can see that the metal plug is separated into three parts. The problem with unbalanced audio signals is that they’re susceptible to external interference (noise). The world around us is full of electromagnetic fields emitted by electrical appliances, and these can interfere with an audio signal in a wire.

A prime example of this is the familiar buzzing noise that speakers emit when you leave a mobile phone next to them. Early telephone engineers found a similar problem when their cables ran near electrical lines, and the answer they came up with was the balanced signal.

Why two wires to carry one signal? The technical reason is that the two audio signals are exact opposites of each other, and at the receiving end (the speaker) they can be “subtracted” from each other to produce audio with very little interference. Balanced cables can therefore be used over much longer distances than unbalanced ones, such as between a mixer and a club PA system.

Don’t worry if it’s a bit confusing – just understand the difference, and the advantage of balanced audio in situations where cables are prone to interference or cover distance.

Now we’ve dealt with unbalanced and balanced, let’s talk about the connectors themselves:

RCA
RCA (which stands for Radio Corporation of America, if you were curious) is the most common type of unbalanced plug a DJ is likely to come across. It’s often used for connecting different things within the DJ booth, such as a digital audio interface to a club mixer. Most inputs on DJ mixers are RCAs.

In this situation the cable doesn’t have to travel very far, so a balanced connection is unnecessary. RCA cables are mono (so each one has two connections in the form of a core that carries the signal and a ground ring round the outside), but normally come in attached pairs.

Since there are two separate cables, each must have its own ground connection, which means that an unbalanced stereo signal using RCAs will need a total of four connections. The plugs themselves are usually red for the right channel and white for the left, but this is by no means universal.

DJ hardware uses RCA connections for two different “levels”; phono and line. Phono is the level that is output by a turntable and is significantly quieter than the line level outputs of a CDJ or a digital audio interface.

Many mixers (and controllers that support external inputs) will have inputs that are switchable between phono and line, or separate inputs for the two. Always ensure that you know what kind of level you’re using and that you plug your cables into suitable inputs – a line level signal plugged into a phono input makes a horrible noise and doesn’t do your mixer any good!

XLR
XLR is one of the two most common types of balanced plug. It is used as the master audio output from club mixers like the Pioneer DJM-800 and some larger DJ controllers with built in audio interfaces such as the Denon DN-MC6000, and is also commonly used for microphones.

It has the advantage of being very secure (the plug clips into place in the socket), but is also quite bulky compared to other connectors. This can be an issue on digital controllers where space is limited. Since it is a three-core balanced connection, two cables are needed to transmit a stereo signal.

TRS
TRS (tip-ring-sleeve), is arguably the most confusing type of connector you’re likely to come across. Firstly it comes in different sizes, one of which is the 1/8″ (or 3.5mm) headphone plug I mentioned earlier. The more common type in the DJ world is the 1/4″ or “full size” version, but even when only taking this one size into account there are pitfalls.

To start with, TRS is very easy to confuse with another connector; TS (tip-sleeve, the standard guitar lead). TS plugs fit into TRS sockets and vice versa, but the difference is the number of connections. TRS has three; the tip, the ring and the sleeve, and TS has only two. Since TRS is the more useful one, I’m going to ignore TS now that you know how to identify it.

One use of TRS is as a more compact (but similar quality) alternative to XLR for balanced audio output from mixers and audio interfaces. The DJM-800 uses a pair of balanced TRS sockets for the booth and record outputs, and the recently reviewed DJ-Tech X10 mixer and controllers like the Kontrol S4 and the upcoming Novation Twitch use them as the master output.

S/PDIF (digital)
Digital connections are occasionally found on some audio interfaces, and notably on newer Pioneer CDJs and some high-end club mixers. In most DJ applications take the form of a “coaxial” socket, which is very similar in appearance to a single RCA socket (but it will usually be marked “digital” or “S/PDIF”). Due to the nature of digital signals they are much less vulnerable to external interference than analogue signals, and as such do not need to be balanced.

Knowing the difference between these different audio cable systems can help you make a better informed decision when choosing your gear, and save you from being bewildered by cables when your shiny new controller arrives in the mail!

Do you have any cable stories to share with us? Have you ever messed up through getting something wrong with your cabling? (I know I have!) Let us know your thoughts and experiences in the comments. 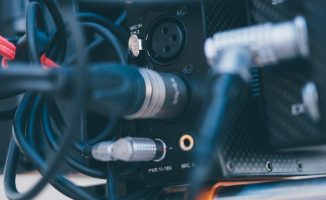 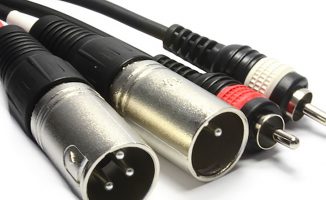 Your Questions: Help! My Controller Won't Plug Into My Speakers...

Your Questions: Why Won't My DJ Splitter Cable Work?