I’m a professional “program DJ”. I line up songs and let the program do a four-second automix. Generally, the most I’ll do is change the automix points of songs, so that they come in when I want them to, and to cut off any unnecessary intros and outros. I do it for a living, it takes care of me and my wife, and we live pretty comfortably. I have a few guys who work for me, and last year my company had almost 700 shows – everything from 12-year-old birthday parties to weddings, plus, mostly, a lot of bars and restaurants.

In any given night we can go from top 40, to old school hip hop, to 90s rock, to country… whatever seems to fit the mood of the crowd. I charge about US$50 per hour with a four-hour minimum for the basic shows; obviously much more for weddings and the more complicated gigs. If I’ve got a dancefloor slammed, and I’m playing a bunch of songs that would go well mixed together, I’ll usually do some basic beatmatching and mixing within my software (I use Virtual DJ), and throw in a few effects sparingly, but nothing fancy, and frankly, usually people don’t know the difference between my beatmatched mix, and Virtual DJ’s quick automix. In a way, I do it just to look busier.

Some DJs in my area who do mix give me a hard time because I sometimes “press play, and walk away”… but I’m usually off engaging specific elements of the crowd: Checking in on the different groups of people, cracking jokes, getting to know the newcomers, basically trying to make damn sure that everybody is having a good time, and that they know who I am and that they can and should come up and engage me. Also, if I feel comfortable, I take a lot of phone numbers and add a lot of people to my Facebook account, so that I can invite them to my events.

When I go on DJ boards, I often shake my head when I hear people badmouthing program DJing. I can think of a bunch of DJs off the top of my head in my area who mix and work really hard at it, and are pretty damn good at it, but they don’t make decent and consistent money or get regular shows, because they don’t adapt to different crowds as well.

With that said, there are also a few DJs in my area that mix top 40, are really good at it, and are like local celebrities. I’m happy for their success. Indeed, I actually discovered Digital DJ Tips because I’m trying to teach myself to mix a lot better, and I’d like to start using my NS6 out once in a while if the show seems to call for it.

But there are also plenty of people out there in my fairly affluent Chicago suburbs who have a blast getting drunk while I DJ, and the fact is that I usually don’t mix at all!

So what am I doing that’s so right, then? Well, for me, song selection is absolutely the key. I love it when at the end of the night, the hipsters, dubsteppers, country girls, and top 40 fans are all leaving happy. I love it when I play a track and people go apeshit because it’s an awesome song that they forgot existed and they still remember every word… that’s my favourite.

I feel my strength is in reading the crowd and interacting with them and adjusting accordingly. The thing that makes me confident in my DJ abilities is my vast knowledge of American popular music, which feeds into that ability to read a crowd and pick music accordingly.

I usually line-up three or four songs ahead of time. But then when I get requests, I build the rest of the night’s set list accordingly.

For example, If I’m playing ODB’s “Shimmy Shimmy Ya” and then I have a few country requests, or a few rock requests, I’ll try to think of a few great songs that fit in between those two genres, so when the request comes up, it doesn’t sound like a jukebox or an iPod Shuffle; instead, it goes from one genre to the next in a way that flows and makes sense. That way everybody stays happy and keeps drinking and partying. Of course, this only works for DJs who play mainstream music like me.

So basically, I spend a lot of careful consideration on the songs and styles and moods and less consideration on my specific mixes. I’m often playing songs that I haven’t played for months, or sometimes years. But I don’t let that hold me back from working them into a set if they fit right.

I have to admit, I sometimes feel like I’m in a very strange place as a DJ. I’m super comfortable with what I do, and I take pride in it, but then I go on the Internet and feel like quite the oddball.

But at the end of it, I suppose what I want to say is that there is more than one way to skin a cat. We’re all supposedly about the music, and I’d rather play 50 varied and incredible songs that fit my crowd, in their entirety, than 100 similar styled, pretty good songs, that are all beatmatched and cut up.

I love being a DJ, it’s just that in my case, I haven’t needed to mix to love it, or to profit from it.

Do you DJ in a similar style to this? Do you attend events where the DJ is all about selection, not about mixing? Have you experiences really good and / or really bad DJs of this type? Is inability to beatmatch perfectly stopping you from playing live? Please share your thoughts and experiences below. 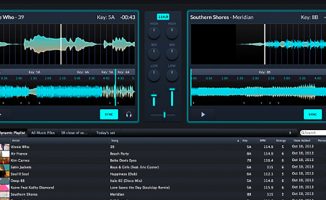 8 Lessons Learned When Someone Hijacked My DJ Set