Digital DJ Tips reader Ryan Deets writes: “I see a lot of musicians that play electronic music are using drum pads like the Roland SPD-SX in their live sets. I was wondering how this is set up, and what software is typically used (I’m on a Mac)?”

I love this because I’ve been searching for answers to the same questions these past few months! There are a variety of ways that DJs and producers perform dance music live. Usually, they play drum pads to a backing track (either playing on a CDJ or through Ableton Live), and you’re right to pick out the Roland SPD-SX – it’s popular in electronic dance music because it’s built like a tank and just works. Examples of acts who use it are Odesza, SBTRKT, and so on.

Depending on the style of music, the SPD-SX sampler will contain a variety of drum / percussion hits that the performer can play using a drum stick. There will often also be musical elements, such as a synth / bass one shot or loop that can be triggered. Again, it’s going to depend largely on the performer’s ability to “drum” the SPD-SX (it is an instrument, after all), and the style of music being played.

Here’s a clip of EDM duo Galantis playing some percussion elements on top of a track that’s about to drop:

However, there are a few acts that do a hybrid of both playing to a backing track and building a track from the ground up and improvising, such as in Disclosure’s latest set-up. The video below has the brothers talking through their entire live performance set-up, which consists of a bunch of Roland V-Drums drum pads (touring musicians use this), the Roland SPD-SX, as well as a handful of synths and controllers.

Despite all this gear, they still rely on Ableton Live running in the background to play some elements of their songs, although at one point in the set they do go all out improvising on a house banger:

Another kind of set-up is more band-oriented, as in the style of Keys & Crates – the band consists of a scratch DJ, a keyboardist, and a drummer that plays on a drum pad and electronic drums hybrid set-up. It’s unclear whether or not there’s a backing track involved, but there could be some music loops that are triggered on the Roland SPD-SX during their performance:

Of course, you’ve also got the solo performers who have superhuman abilities to perform just about any instrument, including the SPD-SX, as is the case with this video by Youngr that’s been making waves on Facebook recently:

As you can see, there’s no one way to set-up the Roland SPD-SX, but what I’ve always found to be helpful when it comes to adding a live element to your DJ performances is to start small – add in a clap, snare, or some percussion to it first that you can hit while you’re performing. Once you’ve gained more confidence performing live with it (and it will be a bit of a challenge), you can add more diverse elements like music loops, synth stabs, bass hits, or even a full drum set that you can play with your hands.

Do you use a sampler or drum machine during your DJ sets? Does performing live increase the value of a DJ’s performance, or is it distracting for the audience? Let us know your thoughts. 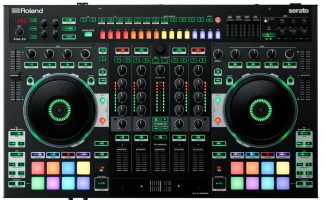 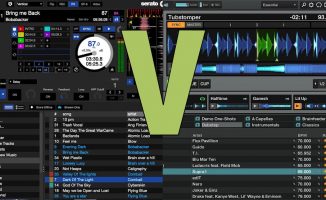 Your Questions: Should I Switch From Serato To Traktor? 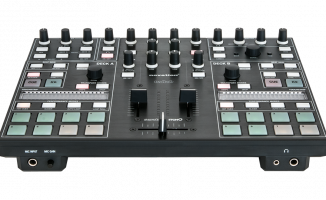