Leading into 2019, the DJ controller market has matured, and so the latest batch of devices we’ve been loving recently, from the cheapest to the top of the market, are all exponentially ahead of controllers from just two or three years ago.

Here’s our pick of the bunch. Whatever you’re looking for, you won’t go wrong with any of these in 2019. 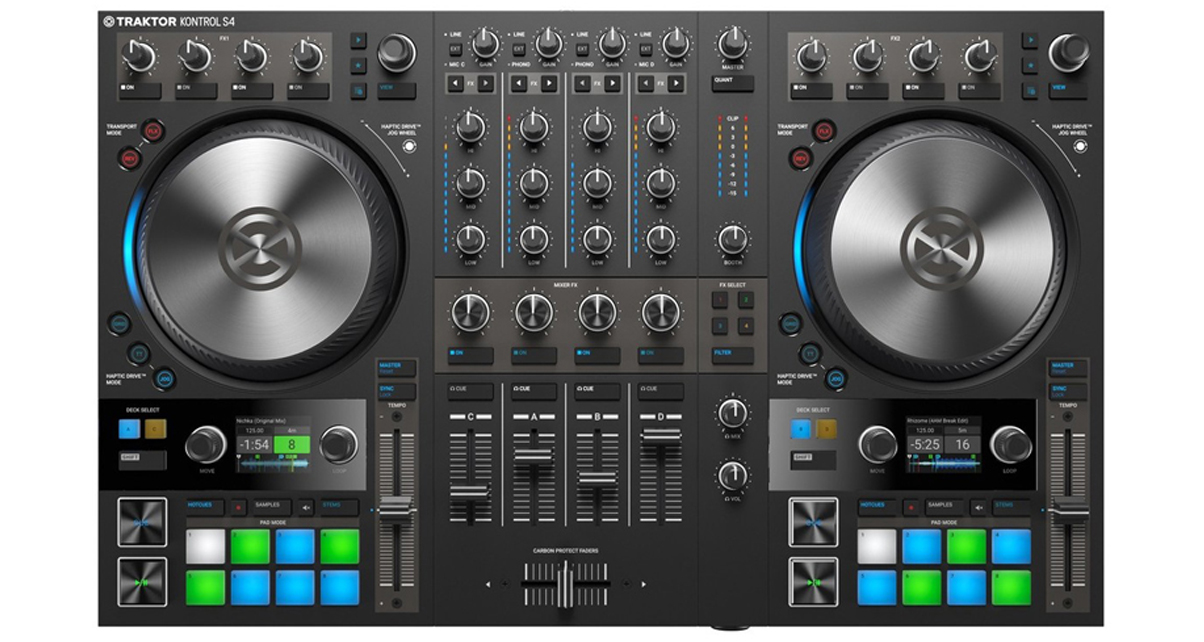 One of the biggest gear releases this year, Native Instruments’ Traktor Kontrol S4 gets the Mk3 treatment. It gets spinning jogwheels by way of its patented Haptic Drive feedback jogs and a streamlined performance pads section makes triggering hot cues and Remix Set loops easier than ever. Each deck now has a small hi-res display that shows waveforms, track metadata and other information.

It’s meant to be used with the new Traktor Pro 3 software, and it lets you take full advantage of Traktor’s new single-knob Mixer FX feature right on the unit itself. 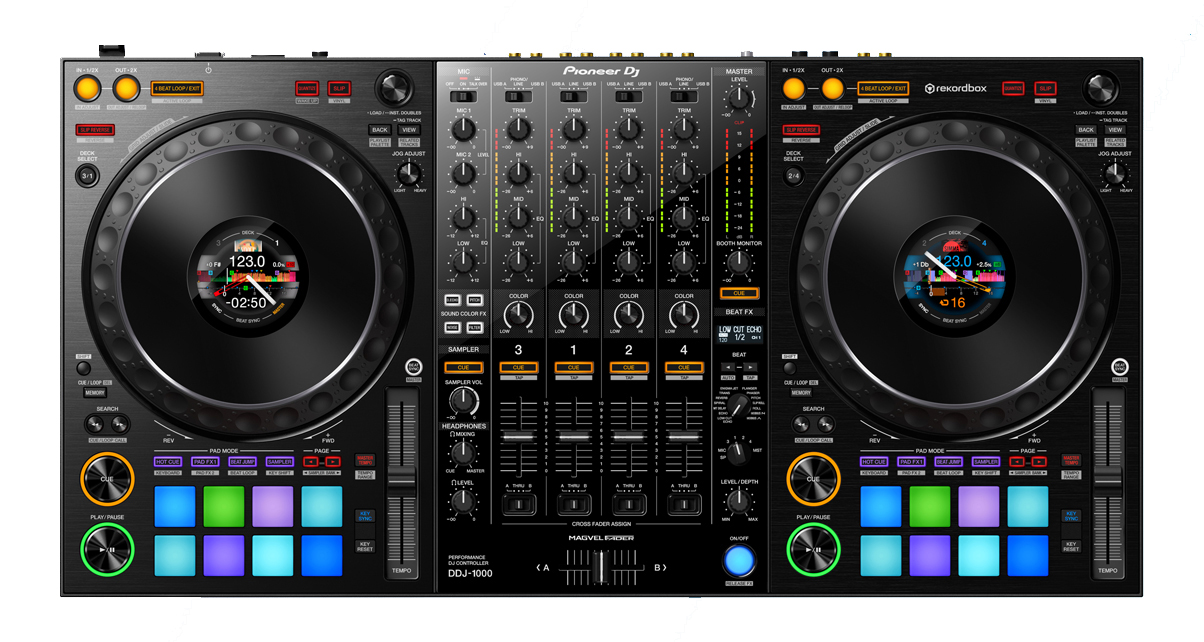 The DDJ-1000 set the stage for Pioneer DJ’s ongoing “reformatting” of its Rekordbox DJ controllers which now adopt the club-standard layout of a CDJ / DJM set-up. That means that on the DDJ-1000, you get two full-size mechanical jogwheels and looping controls identical to what you’d find on a CDJ-2000NXS2 media player, along with a Beat FX section in the mixer similar to the DJM-900NXS2 mixer.

Its killer feature though is the onboard displays at the centre of each jogwheel providing track data, cue and needle position, as well as album art and waveforms. What’s also cool is that while it looks formidable, it isn’t as big as the hulking DDJ-RZ and DDJ-RZX, being closer to a DDJ-RX in size. 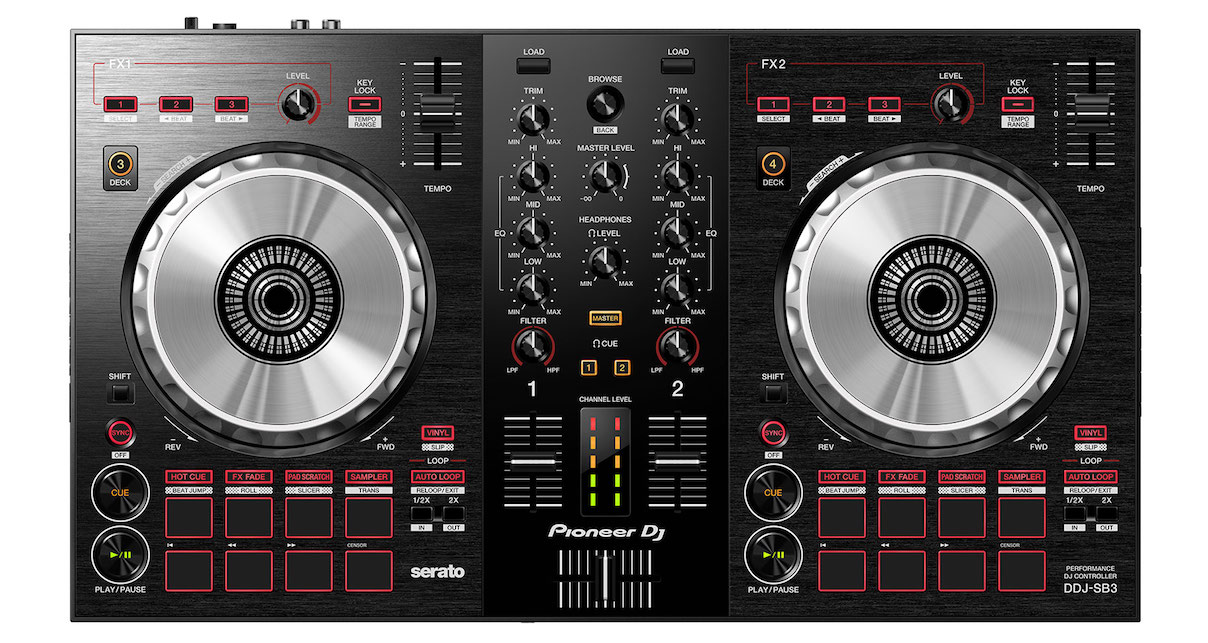 Scratching had a big year and seemed to be in the news constantly thanks to noteworthy performances in the Red Bull 3Style and DMC championships, plus new developments in DJ technology (eg Phase wireless timecode). One other tech development was Pioneer DJ’s DDJ-SB3 which it had made in collaboration with DJ Jazzy Jeff. It looks like the DDJ-SB2 before it (which continues to be an immensely popular controller) but it packs a new Pad Scratch feature that lets you trigger scratches in Serato DJ using the performance pads.

As one might guess, it had scratch purists up in arms, though we think that’s because the Pad Scratch itself sounds pretty good, even good enough to use at gigs to supplement jogwheel scratching. We maintain that it’s a decent tool for learning how a proper scratch sounds, plus it’s just a solid controller for new DJs and as a backup. 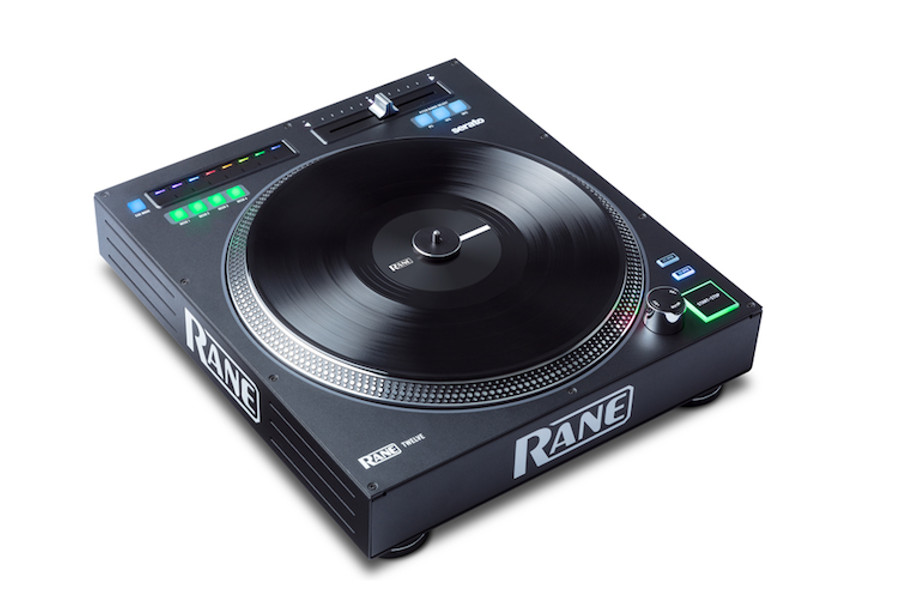 Turntables with tonearms are starting to become optional for digital scratch DJs: Rane’s Twelve controller for Serato DJ packs a 12″ rotating platter that emulates the feel and physics of spinning on a turntable. It’s got a pitch fader, buttons and a touchstrip onboard for needle drops replacing the tonearm, and it works tightly with Rane’s own Seventy-Two mixer.

It’s a fantastic top-of-the-line controller for battle DJs who want the closest thing to a turntable possible but without the need for timecode vinyl and needles. 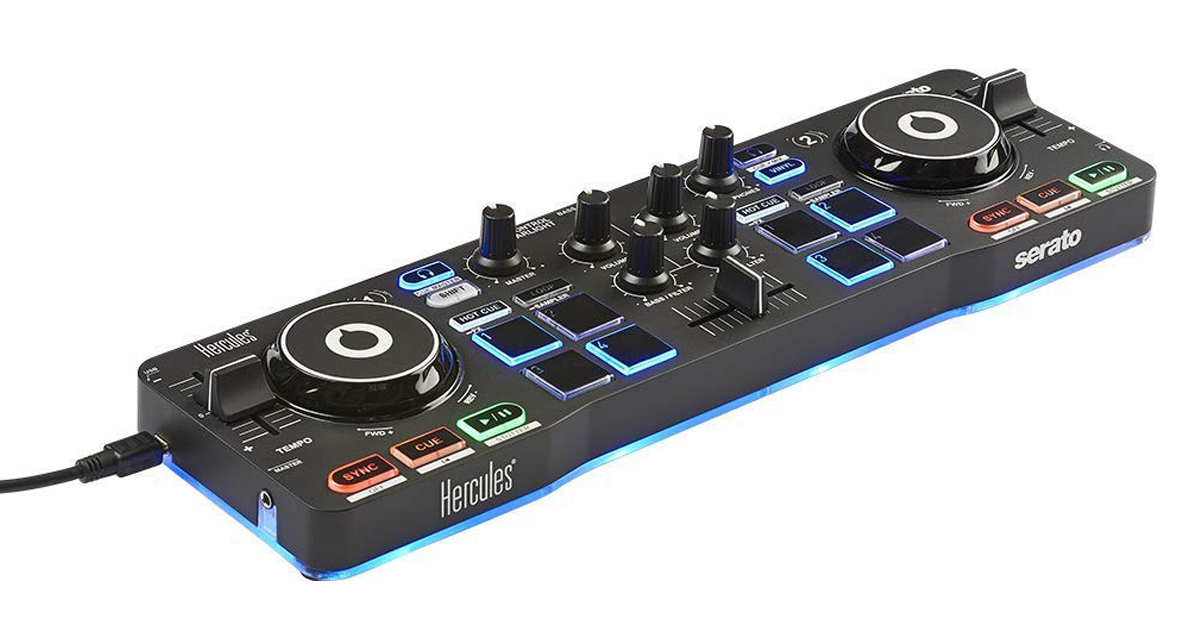 This tiny two-channel Serato DJ device from Hercules rounds out our list of top controllers because we love how feature-packed it is for its size. It’s got a sound card onboard so you can plug in your speakers and headphones, touch-sensitive jogwheels that you can use for scratching, and it’s even got filter / bass knobs per channel and performance pads.

Basically, the bare minimum needed to practise and even perform at parties and small gigs is on here. It’s diminutive, fun and cheap. Oh and it lights up too – what’s not to like?

Digital DJing with controllers has never been healthier, more exciting and more diverse. While CDJ media players continue to be the de facto club standards, venues have increasingly begun to accept the fact that the DJs they book should be allowed to play on whatever gear they want, because ultimately it’s the music that truly matters.

That can only be a good thing because the more DJs are allowed to have creative freedom to go beyond the “traditional” performance tools, the more likely it is that we’ll be seeing clever innovations and creative breakthroughs in the coming years.

What’s your pick for best DJ controller of 2019? Any others that you think should be on this list but weren’t mentioned? Let us know in the comments.