Last week we looked at 5 Times When You Should Plan Your DJ Sets, focusing on specific occasions when meticulous planning is preferable and maybe even necessary. However, there’s another side to the argument, so
this week we consider why planning can be a bad thing.

1. You can react to the crowd with your music choices – After all, it’s the interaction between DJ and crowd that makes the performance of other people’s music human, that gives you the ability to take people on a journey that they’re an equal part of – otherwise, why not just record your mix and play the recording? You simply can’t 100% predict “who’ll be in tonight”, or what the other DJs will play, or even what mood the venue owner will be in.

2. It takes too long to do – For instance, publishing Digital DJ Tips is a full-time job for me. I also like to fit exercise and other hobbies into my life. Plus, I am a new dad with all the time challenges that brings.

When I suddenly get asked to DJ, often there’s no time to audition a pile of new music, sort out some older stuff, spend a few evenings practising mixes and song orders, and come up with a coherent, planned set list. So what do I do, decline the offer?

No way! I just spend half an hour throwing a quick playlist together from a few old sets and a bit of new stuff that’s knocking around, and run out of the door, hoping I’ve remembered my headphones…

It takes a bit more care when DJing as I need to preview stuff, remember mixes and be careful not to play anything by mistake that I’d rather not, but it’s a price worth paying.

3. It teaches you new things about your music – Playing “on the fly”, mixing stuff together that you’ve never tried to mix together before, coming up with ideas and trying them out on the spot, while all the time watching the crowd reaction, gives you musical “a-ha!” moments that are at the very heart of what DJing is.

4. It’s harder to play “that great new tune” you just discovered – I don’t know about you, but I always seem to discover a great new record five minutes before I’m off out to a gig, a record that I know I simply must play.

Maybe it is a genuinely new tune that you know will go down a storm, or maybe something’s happened in the news or in your town that means everyone’s literally “singing the same tune”, but whatever it is – you’ve got an unplanned must-play tune on your mind that means your carefully planned set is now out of date.

5. It can result in boring sets – People tend to plan safely, because in the light of day, stone cold sober, with no audience, we tend to focus on different things than we do when we’re playing in front of a crowd.

So 15 deep house tracks that fit together perfectly may have been a good idea at 7pm on Tuesday night, but quite quickly on playing your set for real, you may realise that instead of making you look cool and clever it just makes you look boring.

If there’s one thing worse than a DJ insisting on playing the music he loves when nobody else in the venue is getting it, it’s when the DJ is boring the pants off himself too!

6. It can make you more nervous, not less – As soon as you get a sniff that your pre-planned DJ set is not going down so well, if that’s all you’ve spent your preparation time on, then you’re stuffed. You suddenly realise you’ve got to drop your plan, but you’ve not given any thought to what you’re going to do instead. You’re now DJing an unplanned set anyway, and what’s worse you weren’t expecting to!

So, we’ve looked at both sides of the pre-planning argument, and as we’ve seen, both have their advantages and pitfalls. Next week, we bring it all together with 7 Set-Planning Secrets That Pro DJs Know and Use.

Do you like to rely on your instincts while DJing? Do you choose not to plan your sets and buzz off reacting to exactly what you feel the crowd wants for every mix? If you’re a “seat-of-you-pants”-style DJ, please let us know your thoughts and experiences below. 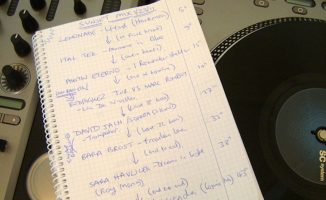 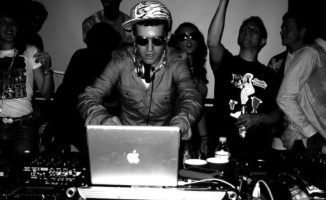 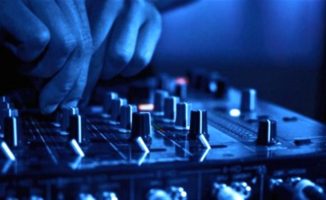 Over To You: Do You Use Mini Sets In Your DJing? 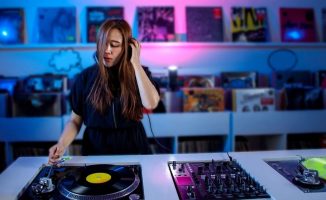 How To Be A Genre Fluid DJ