The NEON is a performance accessory that features eight velocity-sensitive pads and dedicated controls for Serato Flip. Great little controller and unique in the marketplace right now. Can control the SP-6 sample player, the FX engines, all the loop/slicer/cue functions you could want, plus Serato Flip as well. A good choice for SP-6 sample player power users, those with more basic DJ controllers, and DVS users. We had a lot of fun with it.

The Reloop Neon is certainly a cute little controller. Looking for all the world like somebody’s taken a saw to a big, modern digital DJ controller and neatly cut off the eight drumpads, it is compact but not fiddly, the pads being plenty big enough and the other buttons and knobs arranged in enough space around them.

It’s made out of two screwed-together plastic sections and feels perfectly well constructed, with a pleasing taper towards the base and four rubber feet to hold it steady. (Reloop also has a stand available, but we didn’t get one of those for review this time around.)

The first thing you notice that’s different compared to any drumpads on Serato controllers I’ve ever seen, though, is that the state indicators for the Serato SP-6 sample player are present and correct right next to each pad. That means no squinting at the screen to work out if the playing sample is one-shot, looping, synced etc; all the info is right at your fingertips.

Combined with the velocity sensitivity of those RGB pads and you have a pretty powerful sample-based percussion instrument right there for starters, and definitely the most complete SP-6 player I’ve seen so far.

There is a track load/sampler volume knob top left and a loop size / set / shift / roll knob top right (both are stepped rotary push-to-click encoders), the four performance mode selection buttons being above the pads as you’d expect. Down the left-hand side are four buttons variously used for sampler output channel, deck load and sample bank selection as well as to control the new Serato Flip functions, and down the right-hand side are some more conventional controls that nonetheless don’t appear on many controllers, such as DVS mode selector (internal/relative), a Censor button and a Slip Mode button. There’s a Shift button here for engaging the secondary functions present on most of the other buttons, and a Sync button for sample player sync duties.

Being an official Serato accessory, you’d expect the set-up procedure to involve nothing more than simply plugging it in, and that’s how it transpires: USB this to your laptop (it won’t put Serato into “online” mode on its own; you still need a licensed controller plugged in too) and everything “just works”. So let’s take a closer look at the functions.

This is its big selling point in the marketing blurb, and quite rightly: The Neon has got velocity-sensitive pads (this behaviour can be turned on and off if all you’re using the SP-6 sample player simply for triggering samples), and easy switching of both sample bank and output channel / overall volume / per-sample volume.

One curiosity is that Serato has six samples in four banks, or 24 samples per slot, but there are eight pads, all of which have the sampler mode LEDs underneath them, making the seventh and eighth redundant as far as I can tell. Maybe they’ll be engaged in a future software update, or maybe Reloop is just hedging its bets, but I could find no use for those LEDs at all.

Another powerful function, Pad FX take full advantage of the velocity sensitivity of the pads by sensing how hard you’re pressing and using that as the equivalent of turning a depth or parameter knob in a normal FX section.

You can set Multi-FX (three FX “ganged” in two effects engines) and you can half or double the FX cycle to the beat, just like in a “normal” four-knob / button Serato FX section on a DJ controller, or you can take more control over a single effect per engine in Single-FX mode, where up to three parameters per effect become available to you – again, standard stuff but well implemented. Using Shift lets you toggle and select effects by pressing the appropriate pad. It’s a pretty neat mapping, actually.

Few entry to mid-level Serato DJ controllers have the Slicer function built in. To some it’s esoteric at best, but to others it’s a great beat creating / mash-up tool. Basically, Slicer takes a section of the playing track and loops it, dividing the selected loop into eight equal sections that can be played using the pads at random, all the while maintaining the loop underneath, ready to kick in again when you’re not altering the order of things using the pads, “Slip”-mode style.

If you understand Slicers and want one, I can report it works exact as you’d expect. If not, I have to say you may never feel deprived by not touching this function! Even when product specialists have tried to demo Slicer to me in the past, I’ve never seen anyone do anything remotely musical with it – but maybe that’s just me and my ears…

Now we’re on safer ground; hot cues are a staple part of DJing, and the cues here work exactly as anywhere. However, the RGB pads mean you can instantly correlate the cue colours here with those in Serato on the screen, which is great. All eight cues are available to you – which is a step up from cheaper controllers that often only have four – and by choosing your deck down the left-hand side, you can easily switch to add or trigger cues from another source.

New in Serato 1.7 (just released at the time of writing) is Serato Flip mode, where Serato watches out for what you do with your cues and censor button and “records” those actions, letting you save the resultant “Flip” into one of six slots against the original track. Think of it as rough ‘n’ ready re-editing, or as a beat creation tool. The Reloop Neon has easy colour-coded recall of up to six “Flips” per channel, and mapped buttons for recording, activating, looping and triggering Flips.

Flip mode is good, especially when used with Quantise to guarantee tight “re-edits” (even if performed sloppily); it’s intuitive and useful, and having the buttons there on a hardware unit just makes it that much easier to use than having to reach for the keyboard, easy enough though the latter route is in this particular case. Definitely “right place, right time” for Reloop getting Flip in on this controller, as it’s on precious few hardware units at present and no “accessory” controllers.

You can store up to eight loops per track, by touching a pad when you have a loop running in a track; the loop will be recorded at the length you have set. There’s a manual loop function built in too for getting tight, clean loops from those pesky “live drummer” tracks that the beatgrid sometimes gets wrong; you just tap the “Hot Loop” button again to enter this mode.

Of course there’s only one set of pads here (unlike the Pioneer SP-1 which has two, the same as most controllers), so the Deck buttons let you choose between which of the four decks you want to focus on. As mentioned earlier, the DVS modes are switchable (absolute / relative / internal), which again is important to save reaching for the trackpad to accomplish this basic task if you’re using this controller alongside a Serato DVS-based system and traditional DJ gear.

Having controls like Censor, Slip mode, library browse/load and standard, knob-based looping present and correct is maybe not so useful to controller owners (although many controllers again don’t have Slip or even Censor built in), but sure as hell is useful to DVS users, who definitely don’t have easy access to such things without reverting to the laptop’s controls, something most truly want to avoid.

Reloop’s got a little winner on its hands here. At this price, you unlock an awful lot of extra functionality in Serato DJ by buying a Neon. Sure, if you use any DJ controller at all there will be a certain number of these functions you are duplicating, but nobody has done the drum pad / sampler functions this well before, and the way Reloop has squeezed total control of both FX engines into the unit without resort to extra knobs and therefore bulk is admirable, making full use of velocity sensitivity to do so. Flip is a great addition, as well.

The more expensive (although recently down in price) Pioneer SP-1 has double the controls if you think having only one set of pads would be a limitation, although actually I think most DJs don’t use both sets of performance pads simultaneously on a controller anyway, so in that case, for the sake of simply pressing a Deck Select button first, you’re not losing much usability on the Reloop unit, but gaining all the benefits of a smaller, simpler, cheaper controller.

And the Reloop unit is a better SP-6 sampler controller than the Pioneer, too – another tick, alongside its exclusive Flip controls. Having said all of that, if you want traditional knob-based control of Serato’s FX, the SP-1 has the edge.

If you use Serato DVS with control vinyl or CDJs and timecode CDs, pretty much everything on this controller will be an improvement on not having such a unit, and as a supplemental controller in a DVS system, I can’t recommend it highly enough.

One other option in both use cases would be the Serato Remote app for iPad, but that assumes you have an iPad. If you don’t, or wouldn’t want to take an iPad out DJing with you as well as your laptop, this is a cheaper, more practical alternative. It’s insanely practical, actually, and a truly great value add-on for anyone drooling over any or all of this additional functionality.

I can’t really see much to fault it. If you want pro functions to use alongside your basic controller rather than buying a really expensive DJ controller to get some of those functions, buy one. If you have Serato DVS and no controller, definitely buy one: It’ll revolutionise your DJing options. If you’ve been longing for a decent SP-6 sampler controller, again, just buy one! This is it.

Basically, if you want a neat box that’ll control pretty much everything within Serato other than the transport and the mixer, for a decent price, and that will last you a long time (I can’t see it breaking; it’s really well made), the Reloop Neon is for you: This is the best accessory controller for Serato we’ve seen to date. 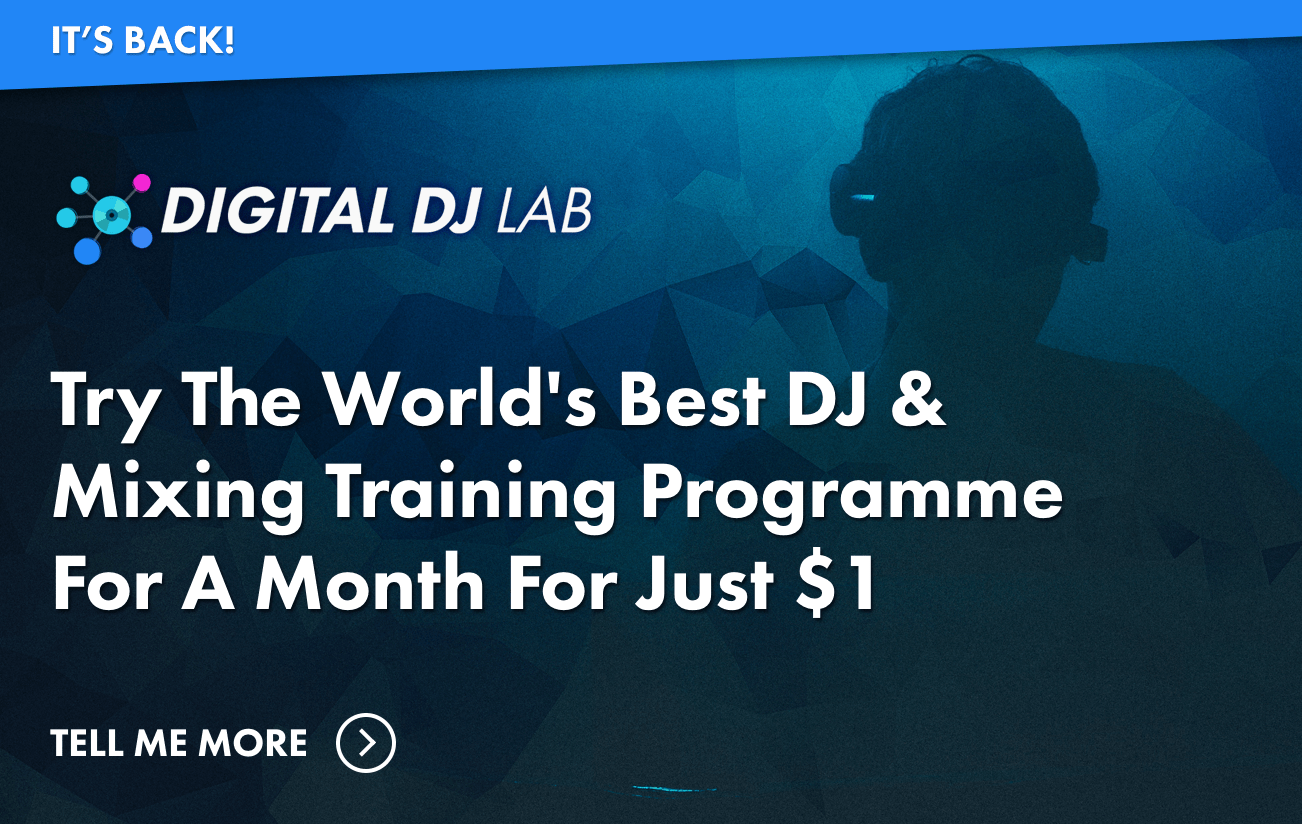