You spend an evening recording a set and uploading it to a site like Mixcloud, only to be disappointed by a few measly plays and little, if any, shares. We’ve all been there: That’s because just about anyone can easily make a decent mixtape these days. So how do you go about making one that people notice and sets you apart from the rest?

A good mixtape has decent mixing on display and tells a story, but a great mixtape also communicates who you are as a DJ. It’s the musical equivalent of a business card, and as such it has to be able to represent you by itself. A listener has to be able to identify who you are by listening to it, as well as your own personal style – you are presenting not only what your music taste is, but also how you mix the songs you’ve chosen.

Here are our tips for creating a unique mixtape that gets you noticed:

1. Be brave and be different

Going into your mix, focus on what makes you unique as a DJ – is it the style of music that you choose to play? Your wide-ranging knowledge of dance culture from different eras? Maybe it’s a mixing quirk or a specific technique that you rely on when you perform? Whatever it is, bring that uniqueness to the fore. It’s the special sauce that will set the tone for the entire mixtape.

Notice how classic mixtapes from the 90s, such as Sasha & John Digweed’s Northern Exposure, are mixed differently compared to mainstream mixes today. Mixtapes continue to evolve because dance culture is fluid, and DJing is influenced by its movements. Do your research and listen to a lot of both current and classic mixes so you can plan how you can set yourself apart from your peers. The greatest DJs of our time (think Carl Cox, Erick Morillo, Danny Avila) all mix a little differently, and they are proud of that fact.

2. Get music not everyone has

One of the best ways to be different is to include tracks in your mixtape that no one else has, and DJ download pools are a great resource for that. Membership to a record pool has never been easier, so there’s no excuse not to join one (DJs who have been at it since the 80s / 90s / 2000s know just how tough it is to get into one with being a “pro”).

The charts are enough of a reason to join, but more than those, what you’re really after here are the exclusive DJ edits and remixes that you won’t find anywhere else except in that pool. DJ intro / outro edits can greatly influence the way that you mix two songs together cleanly, and pools are breeding grounds for one-of-a-kind remixes and mashups.

3. Pick apart the pros and their tricks

Apart from our DJ courses on the website, YouTube channels that feature DJ performances are an excellent resource that can help you get in deep with what goes behind the mix techniques of big name DJs. DJ Sounds, for example, gives you a bird’s eye view of its featured DJs so you can analyse how they spin and study their tricks. Mixmag In The Lab and even Boiler Room are also solid choices for ideas, too. Don’t just flat-out copy: rather, integrate them into your own skill set to keep a well-stocked toolkit of fresh DJ tricks.

Your mindset going into this should have music programming and mix technique as equal priorities. Technique goes much deeper than just beatmatching and blending two songs together: think about integrating more advanced concepts like key mixing to enhance the way you present the songs in your mixtape. Give your mixtape something that people can talk about.

By learning techniques that the best DJs use and putting your own spin on them, you’re implementing best practices and stamping it with your personal sonic footprint. This ultimately strengthens your unique style. If you want to build your reputation as a great DJ, you’ve got to be comfortable with the fact that you’ve got to keep pushing yourself by constantly developing your skills.

4. Programme your mix with intent

Anyone can hit the record button and mix an hour’s worth of music just like it were any other gig or practice session, but creating a great mixtape means spending exponentially more time creating it, and that includes choosing music, planning how you’re going to sequence those songs, and how you’re going to mix them – will you resort to long blends towards the middle of your set? Will you bring in elements from track five while you’re still blending tracks three and four?

Though it’s easier than ever to set markers and cue points for mix in and mix out points, that’s still a lot of work to be done, and the lesser DJ will be content to just mix songs one after another in a playlist created haphazardly. Be very intentional in your programming: no point doing all of these steps if you’ll just be smashing together things at random. Plan out your mixes, and make sure that each song you include in your mixtape exists for a reason.

5. Create your own world within your mix

One of the most crucial powers a DJ has is her / his ability to provide an escape. The best DJs are able to do this regularly, taking their crowd on a real journey in the club through an atmosphere of music. Channel this escape from reality by choosing music that’s congruent to an atmosphere that you’d want to create within your mix: want to create a dark and brooding experience for your listener, or do you want a bubbly “Party at my place!” sort of vibe?

Empathise with your listener: think of how she’ll react when she puts her headphones on, and put yourself in her shoes.

6. Give out your mix at gigs, then ask for e-mail addresses

Now that you’ve finished your mix, how do you get people to listen to it? Hardly anyone gives mixtapes anymore at shows, but almost everyone’s still got CD players in their cars. If you hand out a CD to guests, guess whose CD they’ll be playing on the drive home, and perhaps even weeks or months later? You could also stick it in a thumb drive with your press kit if you want something more inclusive, or even make tape copies if that’s the impression that you want to make. If you give a well-produced mix, guess who’s going to be top-of-mind when they want to pop in some tunes while driving, hanging out, or at the gym? Of course, your mixtape has to be a strongly competitive alternative to Spotify and Apple Music, hence these tips.

Everyone and their mum can upload a mix to Mixcloud (of course you should upload it to mix sites, too), but these days, the “physical mixtape” space isn’t as crowded, which means you’ve got a strong chance of being one of the very few DJs that still give them out. Burn your mix, create compelling packaging for it (no unlabelled discs in lousy paper sleeves, please), and give it away at shows in exchange for an e-mail address. Addresses are currency in this day and age, and will more than pay for the cost of a single blank disc.

It takes years to grow a healthy list of followers, and that’s alright because social media comes and goes. E-mail is the closest thing we’ve got to “forever” on the internet (we’ve all had embarrassing Yahoo! / Hotmail / AOL addresses at one point). Start creating a mailing list today, and keep it tidy: you can use a service like Mailchimp to handle it. Not only will you be able to promote yourself straight to your fans’ inboxes, but you’ll be able to engage with them directly even though the next whizz-bang social app goes out of style.

There’s no point in doing all of the above just once: the key to success is to do it regularly, because that’s how you’ll grow your e-mail list. You’ll get yourself noticed over and over again by fans and would-be fans because you go the extra mile in creating something valuable for them to consume for free.

Steve Lawler said that to get yourself “out there”, you need three things: gigs, a production, and a mix. Learning how to produce music can be the next step in your journey as a DJ, but making a new mixtape is something that you can do right now. Instead of making “just another mix”, take the time to make this special by following the tips we just outlined. It’ll pay for itself in spades, especially when you listen back to it years later and you’re still impressed by what you’ve created.

• Making great mixtapes time and time again is not an easy ask for anyone, and you may be surprised to know that when it comes to actually recording a mix, the pros use a system that gets them 100% correct results every time, with no re-recordings. Want to know how they do it? Our Pro Mixtape Formula course shows you how to do it step by step.

What are your thoughts on making mixtapes in 2016? Do you think they’re still relevant, or should DJs move towards creating productions instead of mixes? What’s the one thing you would do to create a mixtape that sets you apart from the rest of the DJ world? Let us know your thoughts below. 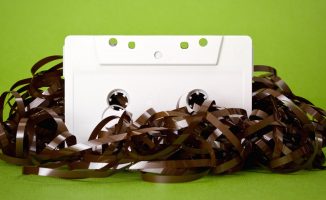 7 Reasons You Should Still Make Mixtapes 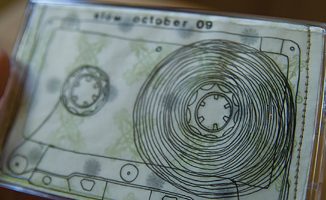