The original Vestax Spin, which we reviewed back in 2010, was developed specifically for Algoriddim’s djay for Mac. Later, it was one of the first controllers to offer support for djay for iPad – albeit via the camera connection kit (CCK), which meant your iPad couldn’t charge at the same time as using the controller. (Of course, as the camera connection kit doesn’t work with iPhone, that meant it couldn’t control the iPhone version of djay at all.)

Now the Spin2 has arrived, with the promise to fix these limitations, among other things. So how exactly has the Vestax Spin controller evolved, and how does the Spin2 shape up with other controllers at a similar price point? That’s what our Vestax Spin2 review will reveal…

The Spin was always an easy controller to use, but now some of the key controls have been repositioned to be in a more logical place. For instance, the “Sync” button is now alongside the other key transport controls at the bottom of each deck, and the output level display is now in the centre section, between the two volume sliders (kudos for having VUs at all; many budget controllers don’t).

The layout of the EQ and gain controls (as rotary dials) now feels much more intuitive and in keeping with other controllers, against the rather unusual sliders of the previous model. This also creates some space on the unit for other functionality.

The six new buttons (for slip loop/FX and cues) also operate as sample pads when the “Sampler” button is pressed. Also, while it appears that you need to use the screen to change the FX you want to trigger from the unit because there seems to be no way of scrolling through FX from the hardware, there actually is; you just use shift plus FX on. For some reason, this isn’t printed on the unit itself. This is all great news – more features mean more options for creativity during a mix. However, not such good news is that the microphone input has been removed on the Spin2.

Around the back of the Spin2, there are a few changes too. Vestax has been wise to add some user control over how the sound is dealt with, something we noticed when looking at the Spin2 at BPM 2012. This means that the Spin2 will work fine with the audio routing regardless of which iOS version you are running. Because the Spin2 is a certified Apple device, you will be able to use it and charge your iOS device at the same time – something not possible using a CCK with the original Spin unit. If you’re running iOS6 then all of your audio output will be in stereo (assuming you’ve flicked the switch at the back of the Spin2!).

This is also good news for iPhone/iPod Touch users who wouldn’t have been able to use an original Spin unit as the CCK is not recognised by those devices. In fact, the pairing of a Spin2 with a smaller iOS device feels like a good match for an ultra-portable set-up.

Because the Spin2 is so closely tied in functionality and design to both djay and vjay by Algoriddim, it feels intuitive to use, and overall I found it to be incredibly good fun.

Cueing on the Spin2 is a simple affair; the 1/4″ headphone jack at the front has a volume control and you choose which deck (or both) to listen to. There’s no mix of the cue signal, though, which would have been nice. The jogwheels are almost unchanged from the original model; however, gone is the cheesegrater finish, to be replaced by a sleeker, vinyl-type metallic surface. As before, they are of good quality. The sensitivity of the metallic surface for each deck can be adjusted at the rear of the unit, and you can still use the plastic edge of the jogwheels for nudging your tracks (like pitch bend) during playback.

Overall, while using a larger-screen device with the Spin2 (ie your iPad or Mac) certainly makes browsing for the next track and moving between FX easier than on an iPhone, I did like the idea of being able to drop the Spin2 into a small bag and head off on the bus to a party at a moment’s notice, to be used with nothing more than the phone in your pocket. Quite liberating don’t you think?

For me, the Spin2 really shines for iPhone or iPod Touch users, or for users who want to use djay (or vjay) software with the same controller across all Apple platforms. The price may put some off though, as the Spin2 is a little more expensive than the original Spin, putting it closer to the Numark iDJ Pro, which is perhaps the better choice for iPad users.

It’s worth noting that although the Spin2 is branded with the Algoriddim logo and is clearly aimed for use with djay and vjay on Apple devices, under the cover it is a USB-class compliant Midi controller with dual stereo output sound card. As such, it should be possible to map the Spin2 to the DJ software of your choice (such as Traktor Pro 2) if you wanted to.

Also, if you’re a DJ Player user then there’s an automatic mapping which will kick in if you connect the Spin2. This mapping redefines some of the controls of the Spin2 such as the central cross button to move between screens on the app and the six buttons map to cues/loops.

Overall, then, the Vestax Spin2 is a well built, diminutive, consumer-level DJ controller. Particularly for Algoriddim customers who use that company’s software across Mac and iOS devices and want one controller that works seamlessly with them all, or for iPhone DJs who want a controller full stop, it is a well thought-out proposition.

Are you thinking of buying a controller for your iOS device and/or Mac? Is the Spin2 missing any “must-have” features for you? Do you own a Spin2, and if so, what are your thoughts? Please feel free to share in the comments. 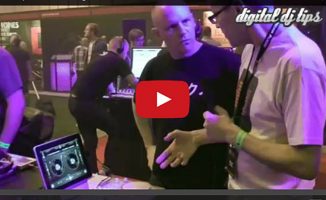 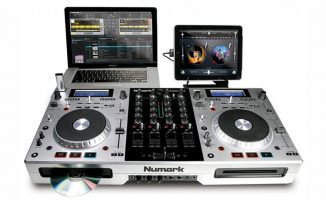 Over To You: Which Is The Best DJ Controller For iPad & djay? 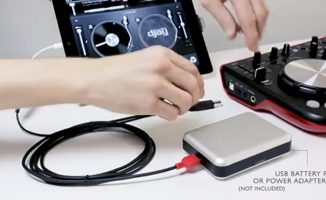