Digital DJ Tips reader Jonny asks: How do you record your live DJ sets? I only occasionally use Traktor when I play live and obviously can record through that, but how about when I use my USB sticks on a standard CDJ/DJM club set-up? I’ve seen some DJs use a portable recorder like a Zoom or Tascam, but I don’t know where to start looking. Any direction would be massively appreciated!”

You’ve got three ways to record your DJ sets when spinning with DJ media players: First is by using a portable recorder such as the Zoom that you mentioned. These have inputs that you feed the “Rec” output of the club mixer into. You then just press Record on the device, and it stores it to either the internal memory or an SD card. Check out the Zoom H4n or Zoom H5. One thing to keep in mind though: They’re quite pricey because they’ve got onboard microphones and are also used for location sound recording and film work.

The second option is by using the Evermix Mixbox II. Just like the Zoom, you plug it into the Rec output of your club mixer and then you hook it up to your smartphone or tablet. It then records your performance straight to your device running the Evermix app, which you can then upload. It’s much cheaper compared to the Zoom recorders.

Finally, the third option is by using Pioneer DJ’s DJ-REC app on iOS. You plug your iPhone or iPad onto a compatible DJM mixer’s USB Send/Return (DJM-900NXS2, DJM-750MK2, and so on) and you can record straight to the app. You can even live stream your set via Facebook, Instagram or YouTube if you’ve got a strong enough connection.

That’s three ways you can record your sets without the use of a laptop – using the Zoom’s built-in microphone has an added bonus that you are able to record the crowd / audience noise while you’re spinning, which is a double-edged sword: on the one hand you can record crowd noise and cheering for ambience, but that also includes ambient noise and drunk bro requests over at the booth. The good news is you can mix these in using software like Audacity later on because the Zoom records your mix and the microphone inputs into two separate files.

How do you record your DJ sets? Any other suggestions for our reader? Let us know below. 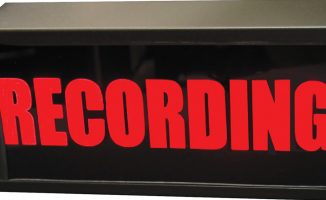 Your Questions: Best Way to Record A DJ Set? 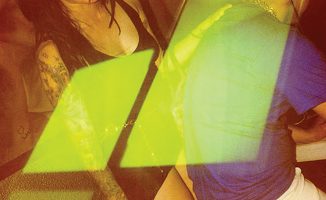 DJing in Nightclubs with Controllers and Laptops