We asked you a few weeks back what your favourite tunes are for the spookiest time of the year. We gathered the results and picked out the 10 best tunes to drop for a frighteningly fun Halloween party which you’ll find below. We also created a massive 96-song Spotify playlist to make your trick or treating extra spooky courtesy of our social media manager and resident Halloween nerd Lauren.

Yeah it’s a cliche nowadays, but from the opening chords to the closing Vincent Price rap, this ticks all the boxes (although our founder Phil was once verbally abused by a very angry raver for playing it on Halloween…)

There’s just something about a harpsichord and a tenor voice blending together that screams “Halloween evil” – oddly enough, it works for pirates too!

The “Swinging 60’s” also had its share of freaky music finds like this “franken-mash” by Bobby Boris – think of surf music meets Mary Shelley.

5. Whodini – Freaks Come Out At Night

Drop this to add some old skool hip-hop flavour to your Halloween DJ set – follow it up with Bruno Mars 24/7 Magic to take your audience back to the present.

The theme from the film of the same name, and of course another 80s classic like Thriller, Ghostbusters, with it’s timeless refrain of “I ain’t afraid of no ghost!”, is an event DJ classic. Mixes well with Thriller, too.

If you’re a VJ or you’ve got access to a screen while DJing, you’ll want to load this up because the video’s just as much of a romper as the tune itself.

People used to joke that it’s Halloween every time deadmau5 gets onstage because of his mouse head, but his early work including this one really set the stage for the global EDM take over that was to follow.

The dubstep legend (and erstwhile deadmau5 protege) has his own spooky single which went on to become one of the biggest of his career.

What it lacks in spooky lyrics it makes up for in the sonic horror of its full-on, chew-your-face acid rave bassline. From Wesley Snipe’s “Blade” movie. Only for the headstrong. We’ve got all of these videos in a handy YouTube playlist:

And if that wasn’t enough, check out the full 96-song Spotify playlist here.

Any other songs you think should be in this list? Let us know in the comments. Happy Halloween! 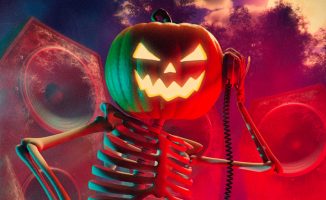 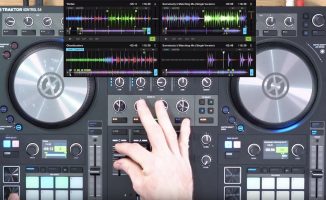 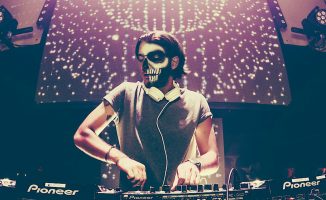 Friday Five: Here's What Your Favourite DJs Wore For Halloween 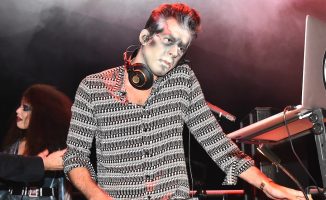 Your Questions: How Do I DJ A Halloween Party?